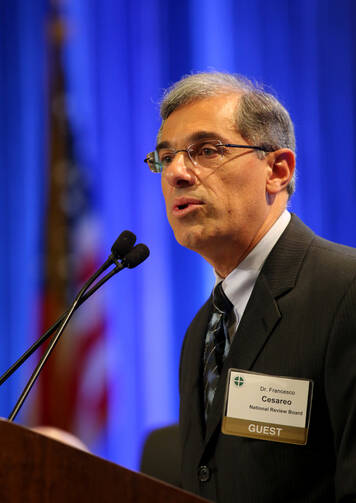 The U.S. bishops on April 17 released an annual audit tracking the church’s response to the abuse of children by members of the clergy. During the 2014 audit year (July 1, 2013, through June 30, 2014), 37 allegations of abuse were current and 620 were made by adults who had been abused in the past. Of the current allegations, all were reported to civil authorities, who found six substantiated, 11 unsubstantiated and 12 unable to be proven. Eight other cases were still being investigated. “While substantive progress has been made, it should not be concluded that the sexual abuse of minors is a problem of the past,” Francesco C. Cesareo, Ph.D., Chair of the National Review Board for the Protection of Children and Young People, wrote in a letter introducing the report. “The fact that there were six substantiated cases of abuse of current minors in this year’s audit is indicative of the fact that there are still instances where dioceses fall short.” Cesareo warned that institutional complacency was “something that bishops need to guard against.”