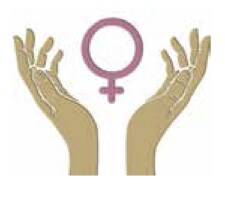 Lauren was raped during her sophomore year of college. The attack came from someone she knew. Though they both had been drinking, she had said no, yet the advances continued. Lauren struggled to share her story with others. She felt unsafe and guilty, angry and ashamed. With the help of friends and a mental health professional, she was able to share her struggles, which were described by Valerie Jarrett, a senior adviser to the president, on the White House blog. Lauren’s story is tragic, heartbreaking and not as rare as one might hope. A recent report from the White House Council on Women and Girls found that sexual assault is alarmingly common: nearly one in five women of all ages have been victims of rape or attempted rape.

Sexual assault can cause immediate and long-term emotional and psychological harm. Many who experience such attacks live in shame or in fear of retaliation by the perpetrator. All too often, however, the pain of the experience is compounded when victims brave enough to speak out against their attackers face doubt, blame or apathy from the individuals or institutions to whom they report these crimes.

In response to this crisis, in January the White House established the Task Force to Protect Students from Sexual Assault, calling the prevalence of sexual assault “both deeply troubling and a call to action.” President Obama has urged institutions of higher learning to educate students about protocols for preventing and responding to sexual assault, where to go to report an attack and how to find support after an assault. Colleges must move swiftly, deliberately and fairly to resolve reports of assault.

Victims of sexual assault on campus should not become victims also of an ill-equipped or misguided system of response. To avoid future contact with the perpetrator, often it is the person who is assaulted who is forced to make the more significant changes in housing, class schedule or daily routines. Many women find it difficult to obtain information on the type of sanctions, if any, that are applied to the perpetrator. In a recent article in The Guardian, one college student wrote that her attacker was placed on disciplinary probation but seemed to face no meaningful consequences for his alleged actions, despite the fact that several women at her college had made accusations against this person.

Sadly, the prevalence of sexual assault extends beyond college walls. Many members of the U.S. military have long struggled with sexual harassment from their fellow troops. In 2012 an estimated 26,000 military members may have been sexually assaulted, according to the Pentagon. The problem is so pervasive that the Senate recently united in a unanimous vote in favor of legislation that will produce significant improvements in how sexual assault cases in the military are handled. Among other measures, the bill offers greater confidentiality for victims and better checks and balances between military and civilian courts. The legislation also forbids the use of the “good soldier defense” during court-martial proceedings, which allowed as evidence a soldier’s prior record of being dependable and trustworthy.

Senator Carl Levin, Democrat of Michigan, has said that “military culture has been slow to grasp the painful truth that even a successful professional can also be a sexual predator.” Unfortunately, this slowness is not limited to the military. Too often accusations of sexual assault against a star football player or popular student leader are dismissed as unlikely or overblown. In other cases women are blamed for the attacks by those who claim the victims were dressing too provocatively or drinking too much, as if these were evidence of consent.

Society should stop blaming the victims and start looking for more effective ways to prevent and prosecute sexual assault. Since many assault cases are fueled by alcohol, initiatives in Washington, D.C., and elsewhere have trained bar staff to identify and respond to patrons who may be victims or perpetrators of sexual harassment.

The Catechism of the Catholic Church says that “God gives man and woman an equal personal dignity.” The church can play an active role in promoting that dignity by working to prevent attitudes that can lead to sexual assault. Every diocese in the nation has established channels to educate parishioners about how to identify and prevent sexual abuse of minors. The church could similarly develop resources to help educate people about how to identify and prevent sexual assault among adults. Since the healing process for many victims might involve prayer and a faith community, parishes could offer opportunities for victims to speak about their experience. Ritualizing the healing process through special Masses and discussion groups can help survivors of sexual assault know that they have the support they need to move forward with hope and faith.