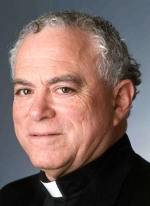 On Ash Wednesday a couple of years ago, we had Mass in the morning at our Jesuit headquarters in Chicago and distributed ashes. That afternoon I met a young man new to our office, a recent graduate of Northwestern University, who told me right out that he felt bad because he had not been to Mass that day. I was impressed. Later, after dinner, I took a walk through the neighborhood. It was February, warm with an early hint of spring. And I kept spotting foreheads marked with an ashy cross. A young woman chatted on her phone—she had her ashes. A young man engrossed in his iPod—his cross bobbed with the music. Three young women rounded a corner by a bar laughing—ashes in a bar? A man clipped along in shorts and T-shirt—his sweaty ashes clearly said penance. A woman knotted her face and clutched the wheel of her S.U.V. as she sped through a red light—no crusader ever wore a more threatening cross! Throughout the neighborhood, which draws many young adults, ash-marked faces abounded.

At the Jesuits’ general congregation in 2008, Pope Benedict told the Jesuits to go to the frontiers. Father General Adolfo Nicolás has repeated the challenge. By implication, Jesuit schools and other ministries are called to be out there on the edges. Those young faces I saw along Halsted Street on Ash Wednesday, were they showing that we had done our job? Or were they a healthy push to do much more? Were they showing us where the frontiers lie, the borderlands of new mission, new ideas, new commitment?

We know stories of decline. Bishops have spent much energy facing the need to close or to consolidate parishes. Every school closing evokes lament. Every church closed feels like a collective death. The Rev. Andrew Greeley once explained that this is because the Catholic Church is powerfully incarnational. It invests in bricks and doorframes, blackboards and statues, candles that flicker and bells that ring. We know our religion is more than these, but when lights burn out and the bells go silent, we feel loss. We have tied our memories and our imaginations to places where we have been and celebrated life’s passages. No, the gates of hell will ultimately not prevail, but the solid rock foundation feels the erosive power of turbulent tides.

A number of studies have attested to this erosion. Christian Smith’s Soul Searching affirmed religious desires of teenagers, but these desires often do not translate into practice. Earlier studies (Peter Steinfels’s A People Adrift; Tom Beaudoin’s Virtual Faith) offered various analyses, but each said that we have much work to do.

Much great work is happening. I am on a national seminar on Jesuit higher education, where I have heard stories of strong programs founded to study and promote Catholic identity, Catholic imagination and Catholic thought. I have learned of the hundreds of faculty and staff members at Catholic universities and colleges dedicated to making a difference. I have spoken with eager students grateful for the difference these schools make in their lives. This is equally true of Catholic high schools, parishes, spiritual centers and media.

On the Friday after my Ash Wednesday walk, I stopped in the local Walgreens. Before me in the checkout line was a woman who, with her husband, did much great work with local Jesuit schools. She mentioned a young man, Peter, an alumnus of two Jesuit schools, who was involved in that work. Peter is one of many Jesuit alums attracted by the chance to put their education to work. They have a great education, and they want it to make a difference.

Here is the challenge. I do not know if Peter was one of those walking by on Ash Wednesday with their faith written on their faces. It does not matter. I do not know if he was in church last Sunday. That does matter, but it is not all. What matters is that here is a connection, a beginning of a network of faith. The young women and men looking for something beyond residual faith, beyond virtual religion, beyond noise and clutter and hype—they are calling out to the church for companionship on their journey. They may be our farthest frontier, our most challenging borderland.

Ash Wednesday’s marked foreheads represent far more than personal piety. They let us recognize our fellow strugglers and know that we can call out for help along the way. They are a brief reminder of an enduring reality, that we can go to the frontiers together and from our ashes build a society that is more just and more faithful.