All Hands on Desks: A call for Catholic mobilization to finance our schools

All Hands on Desks: A call for Catholic mobilization to finance our schools 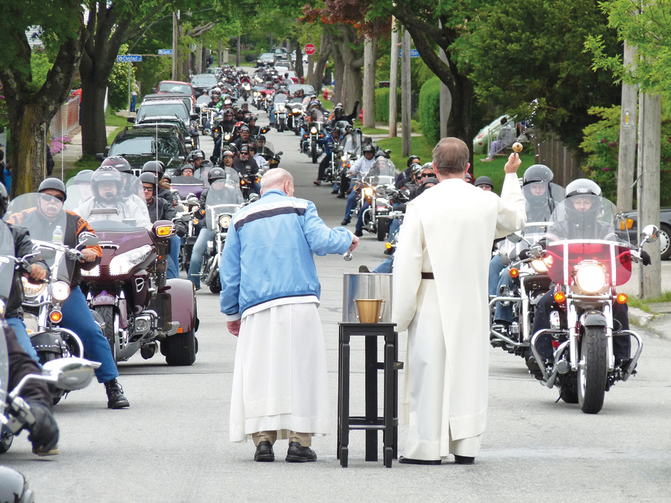 The nation’s Catholic schools have disappeared with such regularity over the years that the recent announcement by the Archdiocese of Philadelphia that it was shuttering 48 schools, affecting 24,000 students, had more the feel of postscript than headline. Nearly one in five Catholic schools has folded over the past decade, and each report of mass closings evokes a familiar scene: the public shakes its head and educators scramble for new models to stanch the blood-letting. In some cases, these models—public charter schools, for example, and independent faith-based schools like the Cristo Rey and NativityMiguel networks—have been quite successful. But new structures are only part of the solution to America’s vanishing Catholic schools. The system that manages Catholic education has become so outdated and sclerotic that only by tackling a range of fundamental issues can parochial schools hope to thrive again.

No issues play a more pivotal role in the prescription for change than data-driven accountability and transparency. In an age where information and disclosure are joining forces to rewrite the rules by which companies and organizations operate, the Catholic Church appears to be opaque and secretive. That is unfortunate, since it has an excellent story to tell about its elementary and high schools. Not only do they educate vast numbers of underserved children in inner-city neighborhoods—thereby relieving the public sector of that burden—but they have set and met high standards, proved by the number of minority students who excel academically and then go on to pursue higher education.

Yet very few dioceses collect or publish data that reflect those achievements. It should not be that way. If Catholic schools hope to improve, they must earn the trust of the public, including philanthropists, advocates and the church community itself. This means being completely open about their performance, warts and all. Catholic school systems should publish academic performance and other data, broken down by grade level within each school and on a school-by-school level within each diocese. The data should be compared to that of other dioceses whenever possible, as well as to charter and public schools to provide the fullest possible picture.

One diocese that opted for that approach is Paterson, N.J. The public can access performance data on each of the diocese’s 38 schools through its Web site (www.patersondiocese.org). These so-called “balanced score cards” report financial information (total cost to educate a student, tuition charge per-student); enrollment and demographics; faculty information (student-to-teacher ratio, percentage of teachers with advanced degrees, percentage of returning teachers from the previous year); academic performance (by school and by grade level for reading, language, math and science); and academic growth (percentage of students showing at least one year of academic improvement).

Public schools are no strangers to this level of transparency. For the church to embrace it might seem a bit awkward at first, but in the long run the exercise would lead to a healthy reliance on even more data in managing the schools and give the public a better understanding of the unique challenges religious institutions face.

Another area where Catholic schools can reap substantial long-term rewards is technology. But once again, a paradigm change is required within an educational system that has done the bare minimum to stay abreast of the information explosion. While the jury is still out on the effectiveness of computers versus traditional instruction, few would disagree that technology can streamline the educational process both in the classroom and in the way that children, educators and parents communicate within and between their respective communities.

There is an even more urgent reason, though, for Catholic schools to take technology to heart: cost management. Unless Catholic schools find ways to reduce operating expenses—of which the largest component is personnel—they will remain on the edge of a financial abyss. Technology can be a critical cost-saving tool. Administrators at Carpe Diem, a tuition-free charter school system in Arizona, for example, have made the educational experience more relevant, efficient and cost-effective by combining half-days of teacher-led instruction with half-days of online instruction. There are savings because fewer teachers staff the classrooms.

Technology is also leaving its mark on classrooms through new applications for tablet devices that essentially replace textbooks. These commercial programs draw on the wealth of open source educational materials available on the Internet. Applications like these have the potential to save schools money, even after the purchase of tablet devices, by eliminating the considerable annual cost of hardcover textbooks.

First-rate teacher quality has been the hallmark of Catholic education. But to maintain it, the onus is on Catholic educators to apply a new mind-set to how they recruit, train, evaluate, compensate and reward teachers, which means giving serious consideration to merit-based pay and bonuses for exemplary teachers.

In public and Catholic schools alike, too many mediocre principals are enabling mediocre teachers. As Joel Klein, former chancellor of New York City’s school system, put it in an article in The Atlantic, “Rather than create a system that attracts and rewards excellent teachers—and imposes consequences for ineffective or lazy ones—we treat all teachers as if they were identical widgets and their performance didn’t matter.” Teacher performance does matter. A new study by researchers at Harvard University and Columbia University, which tracked 2.5 million students for over 20 years, found that the variations between really good and really bad teachers can have a lifelong impact on a child. Students fortunate enough to have had top teachers are less likely to become pregnant as teenagers and more likely to enroll in college and to earn higher income as adults.

While there are many effective ways to train and evaluate the performance of teachers, we underscore the need for Catholic school leaders to reset the way they think about teacher competence. Competence needs to be measured by the most fundamental criterion of all—how well a teacher performs in the classroom. Any winnowing of instructors this model precipitates should be welcomed. And administrators should treat any reduction in the number of teachers as an opportunity to reward those who remain with the increased compensation they deserve.

Giving Tax Credit Where Due

The Catholic school funding-model did not work 20 years ago and today finds itself on life support. How can a school system that serves so many low-income students survive when it depends on tuition and private contributions? When dwindling income fails to keep pace with escalating expenses, sustainability becomes impossible.

The biggest obstacle to sustainability is the exclusion of parochial schools from public financing. If the national ambition is to create the best possible educational system with the public’s money, then it should be agnostic about who delivers it. Catholic schools not only serve the church; they serve society in general by educating growing numbers of disadvantaged youngsters—often with better academic results and at less cost per pupil than public schools. Many students at Catholic elementary and high schools, particularly in the inner cities, are not Catholic. On what rational grounds can society continue to deny Catholic schools—which, according to the National Catholic Educational Association, save American taxpayers $20 billion annually—direct public support? The United States is the only major industrial country that does not financially support private and faith-based schools.

Vouchers have been touted in the past but have received tepid or inconsistent support. (The issue was revived—again—during the presidential campaign because of Mitt Romney’s interest in vouchers.) Another way around this thorny issue is a tax credit program at the state level that allows indirect funding of religious schools. Under this approach, states allow individuals and businesses to reduce their tax liability by contributing to organizations that disperse these funds to families (often through scholarships), enabling them to pay for their children’s religious or private school education. Because these intermediary organizations are nongovernmental, the proceeds avoid church and state entanglements. Tax credit programs save the public money. A nonpartisan report prepared by the Florida Legislature’s Office of Program Policy Analysis and Government Accountability found that taxpayers saved $1.49 in state education funding for every dollar lost in corporate income tax revenues because of tax credits for scholarship contributions.

A coordinated, state-by-state effort is needed to strengthen existing tax credit programs and to start such programs in other regions. Supporters of Catholic education might consider joining forces with such organizations as the Center for Education Reform, the Alliance for School Choice and the American Federation for Children. Catholics should be encouraged to write their legislators in support of tax credit and voucher initiatives.

A Governance Model That Works

The fact that highly effective Catholic hospitals and universities have a progressive form of governance should be a resounding wake-up call for Catholic school leaders. While there is no one-size-fits-all approach to governance, the best models are typically built on attributes easily transferable to education: clarity of mission, accountability, a focus on core functions and the ability to put outcomes over egos.

Institutions work best when managed by people who are highly skilled and knowledgeable in their fields. Catholic hospitals and universities tend to work extremely well because they entrust operational responsibilities to independent boards whose members are selected on merit and who are rigorously focused on results. For them, governance is a collaborative enterprise.

Catholic schools should be heeding this example. When our schools are run efficiently, they can educate more children. Governance should be refocused around people with the proven ability to perform, be they laypeople, clergy or religious. Some Catholic schools have already seized the initiative. Even the relatively small Catholic Academy of Sussex County, N.J., for example, has centralized business functions (including marketing, financial management and fundraising) across five schools serving 2,000 students and reaped outstanding financial and operational results in the process. The linchpins of the system are laypeople with extensive business experience and a board of trustees that runs the four elementary schools and single high school like a profit-loss business.

Better governance and the other broad areas for change discussed here are not novel ideas, but bold action by Catholic education on all these proposals would be. Data-driven accountability and transparency, technology enhancements, elevated teacher quality standards, tax credit legislation and improved governance represent pivotal challenges that need to be actively confronted. More important, Catholic schools need to be developing solutions that expand or improve on these—solutions that in the hands of imaginative and forward-looking leaders could provide the footing for a transformation of Catholic education in this country.

Read a forum on the future of Catholic education.

This article also appeared in print, under the headline “All Hands on Desks,” in the February 4, 2013, issue. 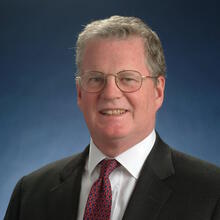 Thomas J. Healey is a retired investment banker and currently a senior fellow at the Harvard Kennedy School. He is an active Catholic philanthropist, as well as an occasional contributor to America.