Are We Winning?: Coming to terms with the fog of war 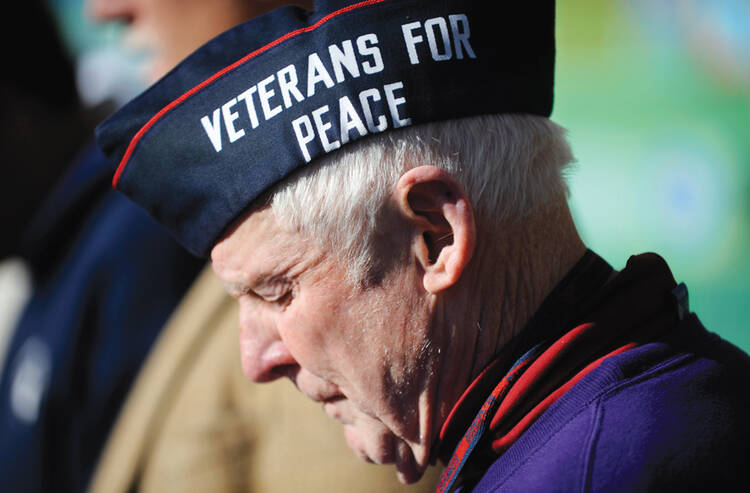 Eleven years is a long time to devote to answering a question. But that is how long I have been thinking about this one: “Are we winning?” In 2002 I returned from my first tour in Afghanistan. The United States was still reeling from the savage blow of the terrorist attacks of Sept. 11, 2001, and we did not yet live in the shadow of the Iraq War and its questionable justifications. At that point, there were relatively few American service people deployed in the Afghanistan theater. Upon returning, we were welcomed home warmly, a sharp contrast to the experience of returning Vietnam era service members. And so it was that people who discovered I had served in Afghanistan would ask me that troubling question: “Are we winning?”

I was taken aback, unsure, given my experience, of what winning would look like. I resorted, perhaps in a typically Jesuitical fashion, to answering their question with my own questions: “Well, what do you mean when you say ‘winning’? What would ‘winning’ look like to you?”

I believe now that what people really wanted to ask, what they hoped for, was an answer to the question: “Are we safe again?” Has this military response to acts of terror made our homes, our loved ones, our country safe, the way it felt before Sept. 11? Like so much back then, I am not sure we had the language even to know that is what we desperately, secretly desired, even when deep down we knew that because of the nature of time and events and human hearts, we could never go back to the way things were.

According to the psychologist Abraham Maslow, the second tier of our most basic needs is to feel safe in body, family and resources. The average American’s sense of security, especially on our own soil, collapsed along with the World Trade Center towers. The new reality on U.S. shores was that we were vulnerable and exposed, just as much of the rest of the world has long been exposed to uncertainty and violence.

Like the gnawing ambiguity of “are we winning?”, the women and men who served in the military are also susceptible to the nagging nuance and inconsistency of their experience in war. The people who decide to join the armed forces do so for a variety of reasons, some more well-discerned than others, but somewhere near the core of that decision for all of them is the idea of serving their polis, their community. They see their service as protecting home and family—in both the personal and the communal senses of these words. Like everyone else, they want their service to be meaningful, and they want to be reassured that what they are doing is right, especially in light of the potential cost to their lives.

The soldier and Prussian military theorist Carl Von Clausewitz used the expression “fog of war” to describe the hazy uncertainty that envelopes individuals, especially leaders, on the battlefield. Things there are rarely as they seem. Emotion, excitement, confusion, urgency and many other internal and external factors combine into a potent cocktail of subjectivity that leaves individuals overwhelmed.

For service members and their families, navigating these conflicts has been no less fraught with ambiguity, uncertainty and memories of bitter tears and joyful smiles. The fog of war rolls off the battlefield and blankets the lives of those associated with armed conflicts: people who live in conflict zones, families of those who serve in them, politicians who create the policies that the military executes. All of these people are affected by and, by their presence and existence, create factors that compound and complicate the fog of war. The deep need for security and the profound desire to do good are thrown together, a stew of confusing moral circumstances and difficult environments and moments. The people caught up in those moments can spend a long time in “if onlys,” second- and third-guessing their choices and decisions, an experience that can prove especially damaging when they are rehashing decisions that led to terrible outcomes.

In a completely different circumstance, I dealt with a parishioner a few years ago who had been a member of a fathers’ cycling group at our school. Another young father, who had just turned 40, suffered a heart attack and collapsed during a ride. This parishioner had performed CPR for 30 minutes until the ambulance arrived and pronounced the victim dead. I called him to thank him for what he had done and ask how he was. Fine, he assured me.

Before hanging up, I said, “Look, later you’re going to start asking yourself, ‘Did I really do everything I could? What if I had... If only I had...’ Don’t. That is the Dark Spirit that will be telling you that. And it lies and it wants to paralyze you.” There was a pause on the phone and a choked sob, and he said: “I know. And thank you. I wondered if I was the only one who thought those things.”

That is one of the curses of combat that soldiers learn to carry, the terrible wondering about what might have been. Could they have changed what was? It is a stark confrontation with human limitedness that we rarely have to address in normal life, and when it gets its hooks into us, it can keep us tied up for a very long time. I suspect I am not alone as a soldier who wonders about the “what ifs” of his actions and inactions, of all I have done and all I have failed to do.

So much has changed about how we wage war in the last decade—the rise of drone warfare, the evolution of cyber warfare and surveillance technology that can now peer into the private lives of any of us, the huge boom in the outsourcing of private security and intelligence contractors. These “advances” have helped members of the military do their jobs when applied appropriately, but they have also created enormous pressure and moral quandaries for service members when misapplied. There is always the human cost. During the last decade, the number of military-related suicides has spiked dramatically.

I can say from my own experience that one of the most traumatic things about being in a combat zone is the disorienting range of emotional states you can experience in next to no time. One minute you are checking your e-mail, lifting weights or watching a movie, and you have been bored for weeks. The next you are fighting for your life and possibly the lives of those around you in a heightened state of alertness and primal fear. This swing from one extreme of experience to the other may damage us the most. We are pliable beings, but the constant flexion between pure adrenaline and the mundane wears down the psyche. We are resilient, but not infinitely so, and when we cannot stretch between those two poles anymore, the people in our lives pay the price.

But the fog of war does not cloud the judgment only of those on the battlefield. It has often had the same disorienting affect on the political and military leadership in Washington. They suffer their own variant of battlefield doubt and ambiguity in decisions celebrated too soon or deeply regretted.

In May President Obama said, “This war, like all wars, must end.” And he is right; wars need to end. Men and women in uniform can do many things for our country; they will go where our government asks them to, and, within reason and morality, will do what we ask them to do there. They will give much of themselves, including their lives, to accomplish the missions set before them. But no matter how brave they are or how much they are willing to give, they cannot defeat an idea, and that is what our global war on terror has been. As a soldier, you can occupy and control terrain, but you cannot occupy an idea. The presence of our military can inform and influence people’s actions, and it can bring about behavioral compliance, but it cannot induce people to change their hearts or minds; this is only possible by entering into a nonmilitary relationship with people.

Von Clausewitz’s other famous axiom is “War is the continuation of Politik by other means.” He could have substituted “economics” and still been correct. But when you decide to make war on an ideology, you have already created a situation where the conditions of victory will never be met. Ideas as immutable truths do not acknowledge or bow to politics or economics, and so can be impervious to military action, even if it is well intentioned, well planned and well executed.

What has not changed in the last decade is the goodness of people, especially those selfless enough to serve our country in uniform. Nearly all the soldiers with whom I served believed in the fundamental goodness of people, even people who resisted and resented their presence in their countries and lives. Our military personnel have no desire to be seen as invaders or as the instruments of imperialism. They are willing to wrestle with the multiple shades of gray that armed conflict in the 21st century brings with it. And they are willing to do this for people they have never met or who may not approve of their mission. They will do this nonetheless, seeking to do the right thing, not for any reward or recognition, but only because they want to protect the place that means more to them than their lives.

John J. McLain, S.J., served as a chaplain in the U.S. Army from 1998 to 2007, including two combat tours in Afghanistan. He currently works at Saint Ignatius College, Riverview, in New South Wales, Australia, and for the Cardoner Project in young adult ministry in Sydney, Australia.

Show Comments (
2
)
Comments are automatically closed two weeks after an article's initial publication. See our comments policy for more.
Jonathan James
8 years 8 months ago
Quote: But when you decide to make war on an ideology, you have already created a situation where the conditions of victory will never be met. Ideas as immutable truths do not acknowledge or bow to politics or economics, and so can be impervious to military action, even if it is well intentioned, well planned and well executed.Unquote This is a very good article, but I disagree on this point. Military action can provide the security necessary to allow the political, social and ethical changes to defeat an odious ideology.
JOE BLISS
8 years 7 months ago
Good article. Speaks well of men and women who have served in the military. Thanks for your service. Chaplains are held in high respect by those of us who have served. I do agree that where we encounter radical extremists as in Afganistan we need to to be more specific as to to the mission and get out as soon as possible. God Bless.