From the archives: 1969 review of 'Silence' by Shusaku Endo 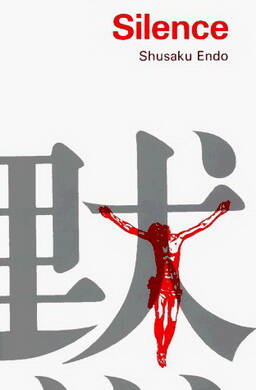 To trample upon the bronze figure of the crucified Christ in order to save the lives of Japanese Christians being tortured in the pit, or to refuse and condemn them to a terrifying death—this is the dilemma that confronts Portuguese missionary Sebastian Rodrigues. A stalwart Christian saint would choose martyrdom; but Rodrigues, the main character of Silence, is not the traditional Christian hero. He has doubts about his faith, about the usefulness of his work. He seems to hear (or is it only his imagination?) Christ calling to him: “Trample on Me to save them.” And trample he does, though his foot “pains.”

Silence is, on the surface, a historical novel dealing with 17th-century persecution of Christians in Japan. But it is probably more accurate, as well as more interesting, to take the work as the spiritual autobiography of the author, Shusaku Endo, himself a Japanese Catholic. Endo puts his intellectual misgivings about Christianity into the mouth of the foreign priest, while the sniveling Japanese informer, Kichijiro, gives expression to Endo’s basic emotions. Both Rodrigues and Kichijiro “betray” Christ; yet in spite of their treachery, they somehow cling to him in their hearts.

Endo feels there have been enough romantic biographies of the hero saint. In Silence he pleads for more understanding of the weak, cowardly Christian with whom he wishes to identify. His questioning of the traditional attitudes toward martyrdom must also be viewed in the historical background of postwar Japan. Most Japanese today are in reaction against the ideal of self-sacrifice for nation or emperor pounded into them before the war. Indeed, most Japanese today do not feel there is any value worth the sacrifice of one’s own life. “Can any possible good come out of dying an agonizing death in the pit?” Rodrigues (and Endo) answer in the negative.

Silence was first published in 1966 and at once became a best-seller, especially in Christian circles in Japan. William Johnston’s very readable and reliable translation now makes the controversial novel available for Westerners. The book will surely give the reader a deeper insight into Oriental attitudes toward historical Christianity and will help him understand more fully the difficulties involved in its putting down roots in the “swamp of Japan.” Incidentally, it will force everyone to reconsider his own ideas of traitors and heroes, or strong and weak Catholics.