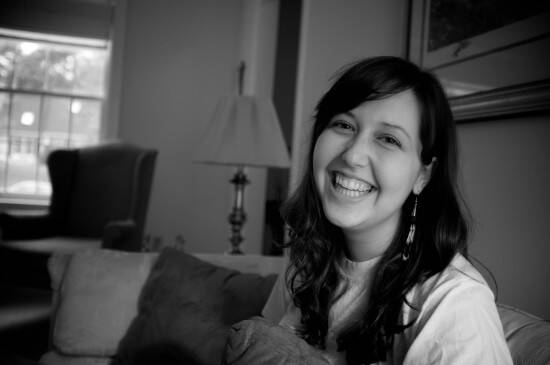 As we slowly emerge from this year’s seemingly endless winter, it is hard to imagine what would possess someone to opt out of living in a heated home in favor of spending months in a barely insulated homemade shelter on an Arctic beach. And yet that is exactly the choice made by Inge and Jørn, the stars of the short film “North of the Sun,” which chronicles the cold-weather adventures of these 20-something Norwegian men. The 46-minute documentary earned the Grand Prize and the People’s Choice Award at the 2013 Banff Mountain Film Festival, and it is included in the festival selections currently on world tour.

With its leaky roof and round door, the aforementioned house appears better suited for a hobbit than a human. Yet the structure is impressive, considering it was built using hand tools and material found upon this unidentified Norwegian Arctic shore. (The men prefer to keep the location secret to encourage viewers to pursue their own adventures.) Inge and Jørn, who have chosen to live there together through the dark winter months, say they were seeking simply “to have a cool time.” They succeed, both literally and figuratively, as the pair spends their days surfing the huge, freezing Arctic waves—even when it means pouring hot water into their gloves to thaw them out before heading into the ocean.

The house also exemplifies the pair’s theory that they might live off things that others discard. The two men subsist on expired food, which they obtain free from a grocery store that can be reached only after a long hike into the not-so-close closest town. The men also make an effort to collect the trash that washes up onto the beach every day, hauling it into a huge pile using their homemade wheelbarrow. This task is overwhelming. (They collect three tons, which are eventually removed by helicopter.) Yet the men maintain a positive outlook: “We’re working on a project that can’t be completed,” says one. “But we try.”

The adventure, at times, seems as insane as it is extreme. It does not take long for a city dweller to wonder why anyone would choose to live alone in such conditions. Even Inge and Jørn don’t have a ready answer. But despite the Sisyphean nature of the whole exploit—paddling out to sea, only to be pushed back into shore; gathering up tons of debris, only to watch more come rolling in; warming themselves by a small fire, only to be chilled to the bone upon stepping outside—the film is full of life and hope. The gray scenes are vibrant with the obvious camaraderie and good humor between the two men.

And even if we can’t imagine ourselves taking part in such an experiment, the film urges even the most urban viewers to wonder: Why, when we all dream up crazy ideas, do only some of us follow them? Why do some of us allow the pursuit of such dreams to be derailed by the slightest sign of discomfort? “It started as a crazy idea,” one man says. “Then suddenly that crazy idea was my life.” And why shouldn’t it be?

Inge and Jørn go into the wild seeking the sort of lasting, interior peace that they can hold onto after returning to their more comfortable, heated homes. One scene, shot at the end of the Arctic winter, takes full advantage of both the beauty of the newly emerging sun and the mindfulness that motivates the men. Inge and Jørn run, laughing and joyous, toward a spot on the beach that for the first time in months is being hit by the sun’s rays. They are warmed by it. They absorb its beauty and power. “What should we do today?” says one. “Stand here,” the other replies. They bask in the glow of something that seemed lost and now is found.

Like Wordsworth’s daffodils, that frozen but sunny beach seems to have been imprinted “upon that inward eye,” to be recalled someday when “in vacant or in pensive mood.” And for a moment the viewers are taken there as well, snatched from our busy lives to be reminded to see the world not simply as it is, but as it could be. “We’ve had time to sit and look at nothing—or everything,” one of the adventurers later reflects.

The sunny scene depicts a moment so solitary you forget for a split second that a camera was there to capture it. It is the sort of moment that is recognizable not just to those able to retreat to Norwegian beaches, but to anyone who has ever emerged from times of darkness, lonely winters, ready to be warm again, to chase that elusive light.

Kerry Weber is managing editor of America and the author of Mercy in the City (Loyola Press).

@Kerry_Weberweber@americamagazine.org
Show Comments (
1
)
Comments are automatically closed two weeks after an article's initial publication. See our comments policy for more.
Robert O'Connell
8 years 11 months ago
Thank you for an inspirational piece on living more wholesomely. I must confess, however, that I prefer Florida beaches!