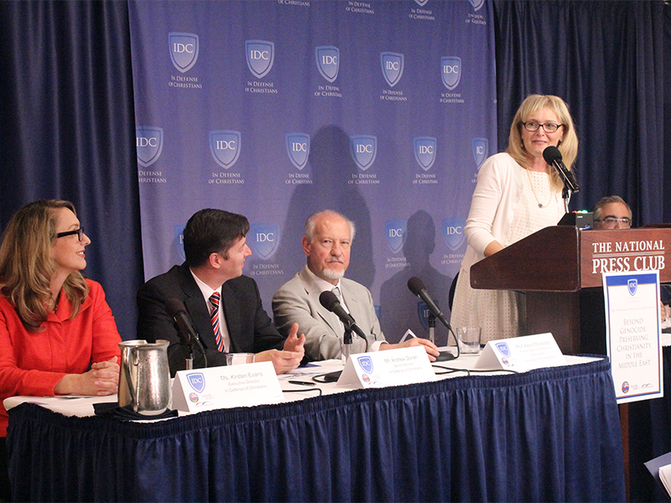 Nearly six months after Secretary of State John Kerry declared the murder of Christians in the Middle East a “genocide,” Westerners are doing little to stop the killings, said activists gathered for a convention on the victims’ plight.

“I am baffled and heartbroken, as the daughter of Holocaust survivors, at how it is possible for the West to seem so, so blind, willfully blind, or even worse, aware but relatively disinterested in what is unfolding in our time, on our watch, in our purview of being able to act,” said Swett, president of the Lantos Foundation for Human Rights and Justice.

Activists are urging Congress to take decisive steps to protect the lives and culture of groups such as Assyrian and Coptic Christians, and non-Christians such as the Yazidis.

Andrew Doran, co-founder of In Defense of Christians, said his group and other advocates will be working together to seek congressional action on ending the conflict in Syria, which he said is breeding terrorism in that region and beyond it.

“It’s not coming, it’s here—it’s in our churches, it’s in our nightclubs and it’s in our public spaces and it will get much worse before it gets better,” he said. “If we move swiftly to end the conflict in Syria we can save lives there now and save American lives and other lives elsewhere in the decades to come.”