Life Choices: A barrage of questions surrounds my first pregnancy.

Life Choices: A barrage of questions surrounds my first pregnancy. 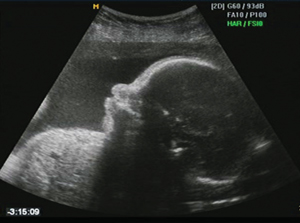 My husband and I are expecting our first child this summer—a boy. For the first few months we kept the pregnancy a secret. It felt right to protect it somehow. But I have never been good at keeping secrets, especially joyful ones, so eventually we told our family and then co-workers and friends.

After we made the announcement at a New Year’s Eve party, one of my male friends half-jokingly said to me and also to the room: “You’re going to do natural childbirth, right? You’re not one of those women who goes in for drugs and hospitals.” Having been present at a number of labors and deliveries, I had to confess that I was not sure what kind of woman I was. I told him that I would really like to do a natural childbirth, but it might depend on the size of the baby’s head and how long I am in labor. I felt that I had let him down.

That was only the beginning. No one could have prepared me for the nonstop series of questions asked of pregnant women. From the moment I announced I was expecting, it seems that everyone wanted me to choose a side. Will you be the “kind of woman” who uses cloth diapers or disposable, who delivers at home or in a hospital, who works full time or stays home? Are you going to co-sleep or put the baby in a bassinet by the bed? Are you going to vaccinate, or do you think it is dangerous? Another friend told me I should allow the baby to play only with unpainted wooden blocks, because plastic toys and stuffed animals would ruin his untrammeled imagination.

All of these details were enough to overwhelm me. Some days I wanted to tell everyone: “This is my first child. Ask me again in three years.” Other days, I was not even sure that I cared about finding the answers to these questions. Sure, I have my own hang-ups and preferences: I’ve always hoped to breastfeed, and I plan to ban video games in the house because I despise them. After all, we all want a sense of control. But while the choice of sleeping arrangements or toys can be important, neither is important enough to create a divide between me and other women whose choices may differ from mine.

All this choosing of sides right at the start felt strange, like making my child a little extension of myself, a little project before he was even born, as if the type of sling I carry him in or the type of trucks he plays with will project my brand, or his value, into the world.

Mostly these discussions of details do not begin to touch the sheer terror, wonder or delight of being pregnant for the first time. More than anything, I just need to be with that for a while.

My husband and I went to the doctor’s office for an ultrasound test at five months. We sat in a dark room and stared at real-time pictures of our son’s squirming body on a large overhead screen. We could hardly believe he existed, yet there he was, moving his arms and legs, opening and closing his mouth, practicing swallowing. We had never before marveled at the action of swallowing, at the perfect fit of each white vertebra in a human spine, at the hemispheres of the brain, the latticework of tiny bones in hands and feet and ankles. It was beautiful. It made all the discomfort seem purposeful—women’s bodies a holy and living sacrifice. It was like falling in love. The ultrasound tech tried to make polite conversation, pointing out the baby’s organs and asking us about the nursery or lack thereof. We tried to be courteous and talk back, but we could barely speak.

This little being had been called forth, and we had been entrusted with his care. For the first time, Psalm 139 read less like poetry and more like a simple description of what was happening beneath my heart: “For you created my inmost being; you knit me together in my mother’s womb. I praise you because I am fearfully and wonderfully made.”

There was so much to marvel at, so many changes: the first surprisingly strong kick of a baby beneath my taut skin, and my body, once composed of so many lines, becoming all circles like Picasso’s “Girl Before a Mirror.” Expecting a baby made me think of my own parents in glad ways. I marveled at the fact that we all enter the world unable to do anything for ourselves and that people feed us, clothe us and change our diapers not because they always feel like it but because it is the right thing to do.

A memory of my own mother comes back to me. It is 20 years ago and she is sitting on the floor next to my brother’s bunk bed in the dark singing lullabies. My little brother is on the bottom bunk, and I am on the top; we are making requests. It was always the same few songs—“Softly and Tenderly” or “Birmingham Jail”—but we wanted to keep her singing. These songs signaled the end of every day and the beginning of every night. I remember every word of these nighttime rituals, though the words themselves were not particularly important. Maybe it was enough that someone cared to sing to us at all and to do it again and again. In the end, it is not the particular decisions—pacifier or no pacifier, co-sleeper or bassinet—that make the biggest impact. It is the things we do again and again that convey to children that they themselves are a gift.

My husband and I are deciding on diapers and work schedules and collecting secondhand clothes. But mostly we are just waiting, waiting to meet our son and kiss his little feet, waiting to bless him, to welcome him home and carry on the lifelong work of loving him.

Show Comments (
3
)
Comments are automatically closed two weeks after an article's initial publication. See our comments policy for more.
Theo Verbeek
8 years 7 months ago
Beautiful! All the best. Theo
Thomas Tobin
8 years 7 months ago
Anna, thanks for this beautiful reflection.  It's a pleasure seeing your name and reading your articles in America.
8 years 6 months ago
Congratulations!  What a wonderful beautiful reflection you have shared here!  Surely readers would be inspired, especially those who are tentative about having babies or keeping them!
Advertisement

This article also appeared in print, under the headline “Life Choices,” in the July 4, 2011, issue.