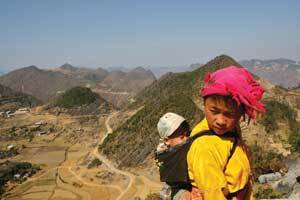 Dozens of Christian and animist members of Hmong communities in Vietnam near the border with Laos have been reported killed by Vietnamese police and military. Hundreds of people are missing, according to sources inside Vietnam; many escaped into the bush fleeing from attack helicopters. A clampdown on Montagnard and Hmong Christians by the government of Vietnam has been accelerating in recent weeks, building up to an outbreak of violence during the first week of May after a rare, large-scale protest for land rights and religious freedom by Hmong.

Washington’s Center for Public Policy Analysis and the VietCatholic News Service report that as many as 63 people were killed in days of violence in Dien Bien Province. Their sources indicate that more troops from the Vietnam People’s Army are converging on the region. Vietnamese officials did not release any information about arrests, injuries or deaths among Hmong protestors, and foreign reporters were not permitted to enter the region, so independent confirmation of events there is difficult.

A spokeswoman for the Foreign Ministry, Nguyen Phuong Nga, said conditions in Dien Bien, where apparently thousands of Hmong had gathered in protest, had “stabilized.” She said that Hmong from Muong Nhe district began gathering on May 1 after hearing a rumor that a supernatural force would appear to bring the people to the promised land, where they would find health, happiness and wealth. “Taking advantage of the situation, the sabotage forces stimulated people to call for an independent state, causing public disorder in the district,” Nga said in a statement.

But sources close to the Hmong community say the conflict has less to do with the supernatural and more to do with land grabs by Vietnamese officials and growing demands by the Hmong for religious freedom. According to sources inside Vietnam, Hmong demonstrations were broken up on May 3 by forces from both Laos and Vietnam and that elements of the Vietnam People’s Army opened fire on demonstrators.

Mùa An Son, chairman of Dien Bien Province, blamed the incident on “hostile forces” calling for the establishment of a separate kingdom of Hmong people. But Catholic sources say that the incident was an inevitable result of a series of violations of land ownership and restrictions on Christians. According to these sources, companies owned by Vietnam Army chiefs have been driving local Hmong families off their land. These sources charge: “There is a rampant growth of persecutions which range from forcing Christians to undertake corvée [forced] labour on Sundays, thereby preventing them from fulfilling their Mass obligations and attending worship services, to coerce them into renouncing their faith.

“We are concerned about credible reports that many poor and ordinary Hmong people in the Dien Bien area, as well as other people along the Vietnam-Laos border, have been arrested or killed by Vietnamese Army and Laos Army soldiers and police because of their protests for land reform to Communist officials in Hanoi, their opposition to illegal logging or because of their independent Christian and animist religious beliefs,” said Christy Lee, executive director of Hmong Advance Inc., in Washington, D.C.