Skip to main content
Signs Of the TimesMarch 7, 2011 issue 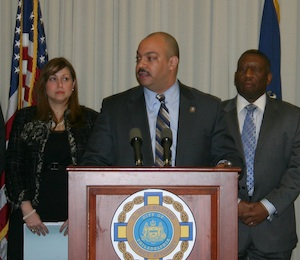 A new grand jury report has reopened the raw wound of the sexual abuse of children by members of the clergy and personnel in the Archdiocese of Philadelphia and compelled new measures from Cardinal Justin Rigali. Three archdiocesan priests and one lay teacher have been charged with rape, assault and other felonies related to the abuse of children. Msgr. William J. Lynn, 60, pastor of St. Joseph Parish in Downingtown, was charged on two counts of endangering the welfare of a child by mishandling allegations of abuse. He is believed to be the only high-ranking diocesan official indicted under a criminal statute in the United States on charges related to the sexual abuse scandal that came to light in 2002. In response to the grand jury report, Cardinal Rigali ordered the immediate re-examination of the cases of 37 priests said by the grand jury to have credible allegations of child sexual abuse against them, and three archdiocesan priests mentioned in the report have been placed on leave. Among other measures, the archdiocese rehired a former victim advocate for Pennsylvania to advise Cardinal Rigali and created a new position—delegate for investigations.