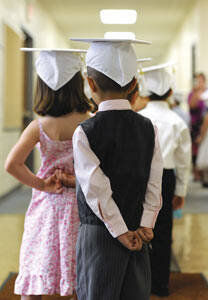 Catholic dioceses and parishes around the country continue to report mounting problems keeping their schools afloat amid a lackluster economy, rising costs, increasing competition for students and financing arrangements that no longer work. Judging from a spate of news reports from older metropolitan areas of the country, where Catholic populations are concentrated, the problems of sustaining parochial schools are approaching the breaking point in many cities.

This past spring, in the Archdio-cese of Baltimore, where the first Catholic schools were established in the United States, 10,000 school seats sat empty, while more than $10 million in tuition aid and operational support was paid out by the church there to keep its urban schools going. According to Archbishop Edwin F. O’Brien in a letter to his diocese last March, Catholic schools owed the archdiocese some $11 million for unpaid insurance, pension contributions and payroll advances. In addition, Catholic schools in Baltimore have at least $20 million in deferred maintenance of school buildings. The archbishop has taken bold steps to consolidate 13 schools in the archdiocese and has adopted a more hands-on approach to design a vibrant school system for the future.

Meanwhile, archdioceses across the country report similar difficulties keeping their schools solvent. The Archdio-cese of Boston, for example, continues to reconfigure and consolidate Catholic schools there. Facing continued school closings, the archdiocese is spending time and money on new curricula, renovated buildings and better teacher salaries. It is offering a new model of regional schools that will lead to fewer schools in the future. Other changes include new methods of governance, with stronger lay participation on boards, substantial improvements in academic and faith formation curricula, the integration of technology at all grade levels, better professional development and renewed facilities and infrastructure. The archdiocese has also introduced a new approach to the patchwork of parish taxes and fees to help equalize participation in archdiocesan ministries by its 291 parishes.

According to the National Catholic Educational Association, between 2000 and 2010, the number of students enrolled in Catholic schools nationwide declined by 533,697, or 20 percent. Despite that decline, scattered dioceses are beating national trends by taking a more enterprising approach to their Catholic schools. These diocesan systems are experimenting with new governance and financial models, turning over more responsibility to lay leaders and little by little changing the school culture toward a more socially enterprising one.

Yet for the moment, the majority of the 6,000 Catholic elementary schools across the nation are left to their own devices in the face of increased competition for students, aging facilities, uncompetitive teacher salaries and ad hoc financial operations that continue to come up short. While local initiative has been the hallmark of Catholic education in the past, the size of the problem facing Catholic schools right now has set the principle of subsidiarity on its head.

What is needed is a fresh and inspiring discussion on the mission of the Catholic schools today, a deeper appreciation of their intimate connection to the well-being of the church itself and a fuller commitment to the apostolic role these institutions play in today’s urban centers. Without a significant expansion of the pool of capital available for Catholic schools, an inspiring and realistic articulation of where Catholic schools need to be right now and a corresponding effort across the country to lead, measure and reward innovative change in Catholic schooling, it may well be that history will point to the present era as one of lost opportunity. 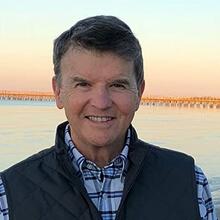 Francis J. Butler is president of Foundation and Donors interested in Catholic Activities.