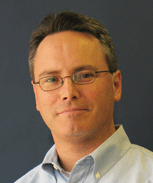 My wife, Megan, sends me e-mails. All day. Lots. Houses she likes, dogs she likes, articles I should read on parenting and politics, dispatches from frazzled teachers detailing el primero‘s or el segundo’s latest outrage. She thinks I don’t read them, but I do. I keep tabs. I touch base. I feel almost as if I’m there.

My kids are something of a problem at their elementary school; one perhaps on the academic road to an ADD—that’s not a degree, it’s attention deficit disorder—the other already identified as one of the growing legion of autism spectrum “disordered” (ASD) kids. When I play with them, I try not to imagine the acronyms hanging over their heads. At my house they are merely two of the four charming, hilarious, creative and, yes, perhaps deeply eccentric and frequently exasperating little people with whom my wife and I share our lives.

Because of the unique qualities of the slightly alarming Clarkes, the e-mails I get from Megan include alerts related to autism and child educational and social development. One she sent me last week highlighted a correlation between attention deficit disorder and ambidextrous five-year-olds. El primero seems to have settled on southpaw, but he has spent most of his life so far switching back and forth depending on mood or activity.

I’m not sure what the emotion is when you begin to have some of your not absolutely worst fears about your kids realized in the pages of scientific journals, but whatever that emotion is, that was pretty much what I was feeling as I worked through the report’s jargon. I came upon a sentence explaining a hypothesis that “brain abnormalities stemming from before birth underlie... ‘atypical lateralization’ and subsequent learning and behavior problems.” One word stuck out unpleasantly. It was not lateralization. When your kids are different in some way and you want to find out why, you end up reading a lot of medical journals, and you see the word abnormal a lot. After a short while you come to dislike it—a lot.

I hate associating it with my boys. They don’t seem abnormal to me. And they are not abnormal in a politically correct, “it’s not really polite to say it out loud, so let’s not” way; they are un-abnormal in a deeply true, “closer to accurate about who they really are and what they’re capable of” way. The more research I do, the more I see myself, my wife, other people I love and even you, kind reader, in my boys and their un-normalness. We are all out there along some spectrum of behavior and emotion and psychological wholeness. We all have things that make us different, traits other people find odd or more often, one hopes, charming about us.

When I see my boys off to school in the morning, I remember with deep regret and shame all those little boys I knew when I was growing up who were different somehow—because of their skin color, their behavior, their sensitivity, their superior intellect—and how badly we other boys, so desperate to remain within the safe confines of “normal,” treated them. Now I puzzle over that compulsion to enforce normality. Why couldn’t we leave a little room for differentness and the patience to learn what it might offer? I can only pray that when my sons venture into that Lord-of-the-Flies world called grade school, they meet kinder and wiser boys than I was.

My boys can be hard to deal with. They can drive the most patient teachers crazy. They have certainly left me choking, even weeping in frustration and worry. What will happen to them? Will they be able to make friends? They are little engines of anxiety and disorder. I wouldn’t trade them for anyone else. But then again I am far from normal.

Kevin Clarke is an associate editor of America.

@clarkeatamericaclarke@americamagazine.org
Show Comments (
2
)
Comments are automatically closed two weeks after an article's initial publication. See our comments policy for more.
ANN ODONOGHUE
11 years 3 months ago
All I can say is,thank God they have you both as parents.

Wonderful article; thank you for sharing your personal story.
Emily Moore
11 years 3 months ago
My son also has one of those labels hanging over his head, and you've so aptly described the experience of being the parent of one of these little wonders. Your sons are lucky to have you for a father (and Megan for a mother).