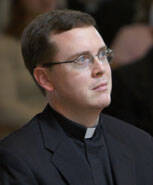 A mere 95 years ago this summer, miscalculation and madness brought forth the War to End All Wars, the first of the 20th century’s twin cataclysms and humankind’s gruesome introduction to total warfare on a global scale. In the opinion of much of Europe’s intelligentsia at the time, it was not supposed to have happened. As Barbara Tuchman pointed out in The Guns of August, her masterly account of the initial months of World War I (if you are still looking for a good beach read, pick up this 1962 Pulitzer-winner), enlightenment values and liberal economics, it was thought, had rendered war passé, irrational, even impossible. During the years just before the war, the runaway international bestseller, translated into 11 languages, had been Norman Angell’s The Great Illusion, which, according to Tuchman, “‘proved’ that in the present financial and economic interdependence of nations, the victor would suffer equally with the vanquished, therefore war had become unprofitable; therefore, no nation would be so foolish as to start one.”

The problem with Angell’s argument was that its premise, that the decision whether to wage war is mainly a rational political or economic choice, was false. Still, a descendant of this argument can be found today among those pushing the benefits of globalization. A world in which we buy DVD players composed of parts assembled from a dozen or more countries and supported by customer service agents tens of thousands of miles from our living rooms, it is thought, will produce a safer world, because any act of aggression would injure the aggressor as much as it might injure the victim.

Yet while politics and economics are undoubtedly key elements in all war-making, the horrendous reality of war antedates the nation-state and precedes politics and economics in all but their most primordial historical forms. This suggests that there is something almost innate in our drive to kill and conquer, which likely has more to do with original sin than it does with entangled alliances, or Lenin’s theory of imperialism, or McKinley’s manifest destiny, or Bush’s preventive war.

If that is the case, if the sin of Adam and Eve helps explain why Cain killed Abel and why the Kaiser marched on Paris, then this much is also true: war can never be understood as a rational exercise, for sin, original or otherwise, is by definition irrational, separating us as it does from God, the source and summit of life itself, without whom there is no reason, no freedom, no hope. Peace, therefore, requires far more than justice. It requires the radical conversion of sinful human hearts, our subsequent forgiveness of others’ sins, even the most barbarous, and the ultimate reconciliation of all humanity through the grace of God.

Tuchman reminds us that after the First Battle of the Marne in early September 1914, a bloody stalemate ensued and “the nations were caught in a trap from which there was, and has been, no escape.” In my Good Friday moments, when the world as it is seems so hopelessly far from what it is meant to be; when, as Winston Churchill wrote of the summer of 1914, “the terrible ifs accumulate,” I sometimes wonder whether escape is even possible.

An Easter faith tells me that it is, reminds me that while human beings may be deprived by virtue of original sin, we are not depraved, that there is much in humanity that is noble and true and good. In my Easter moments, I hope that the essential goodness of humanity may yet prevail, that my brothers’ sons, unlike their great-grandfather, who fought in the inaptly named Great War, may know the true peace that the Prince of Peace wills for us all.

Matt Malone, S.J., is an associate editor of America.

@americaeditor
Show Comments (
1
)
Comments are automatically closed two weeks after an article's initial publication. See our comments policy for more.
joe driscoll
12 years 10 months ago
I certainly agree than most wars are indeed irrational, but the fact that a nation goes to war can also be perceived as a rational act. War requires two or more participants, and most often only one is perceived to the antagonist. Consider this country's entry into WW II. It had nothing to do with our innate desire to kill or conquer. Rather, our entry was seen as a necessity  to stop Hitler and the Axis Powers. In the west we responded to an attack on Pearl Harbor and the subsequent attempt by the Japanese to conquer the Pacific region.
In both cases it was far beyond our capability to convert the sinful souls of  Germans or Japanese who started this war, or to forgive their barbarous sins and atrocities until well after the fact. Human beings, unfortunately,  are often depraved and war will always be necessary to halt the the evil of such individuals.
In a perfect world we will see the prevalence of the essential goodness of humanity. It's certainly something we should all hope and pray for. Until that day arrives, however, we must be prepared to go to war.