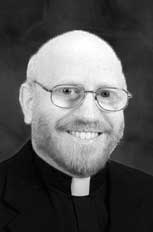 It took more effort and resulted in more “blood on the floor” than pundits predicted, but our lawmakers have at last settled upon an economic stimulus package. With that must-do measure in the rearview mirror, Congress and the Obama administration are turning their sights elsewhere. Bills regarding health care, immigration and other pressing items are being introduced daily.

I wish I could report brighter prospects for harmonious resolution of any of these weighty matters. But realistically, when legislators answer the bell for the second round of the bout called Politics 2009, we may expect just as little true bipartisanship and just as much acrimony as we saw in the opening weeks of the Obama presidency.

One important item I recommend tracking through Congress is the Employee Free Choice Act, or EFCA. A reform of federal labor law is hardly riveting to most people, but a great deal is at stake in getting this particular issue right. The way workers are treated is above all an ethical question, involving notions like equity and human rights, not merely a technical legal question involving bureaucratic procedures. Since many observers see no need to change the rules regulating the process of union organizing and collective bargaining, this act is sure to spark a lively exchange of blows on Capitol Hill.

The core of the proposed legislation affects how unions are certified in a given workplace. Most importantly, EFCA re-establishes the principle of “majority sign-up,” a requirement that an employer recognize a union if a majority of the employees sign authorization cards. Majority sign-up would provide workers an alternative to the “secret ballot” elections supervised by the National Labor Relations Board, a process established by the Taft-Hartley Act in 1947 and which most employers favor. The bill would also beef up penalties against firms that harass or coerce employees seeking to organize. Finally, the act would require parties that fail to reach a collective bargaining agreement within 120 days to go to an arbitrator to resolve their disputes.

The facts regarding most of the relevant claims are hotly contested, as a scan of recent editorials and Web sites maintained by affected parties indicates. Organized labor characterizes EFCA as a common-sense reform that levels the playing field, after decades of corporate intimidation against employees attempting in good faith to exercise their right to organize. In the face of fierce union-busting campaigns, the democratic-sounding procedure of secret ballot elections is less likely than ever to yield results that truly reflect worker sentiment. Opponents counter that current union election procedures, which include conventional secret ballot elections, already protect against all likely abuses.

Obviously, Congress will have to deliberate at great length in order to sort out these claims and counter-claims. That is what public hearings are for, and no brief article can aspire to weigh all the relevant facts and reach a clear verdict. Suffice it to say that there is enough evidence readily available in the public record to support many of the arguments of those advocating change in the way our nation defines and applies its labor laws. The prevalence of union-busting efforts and systematic violations of workers’ rights cannot go unchallenged.

What is the religious angle on this issue? Most denominations in the United States eagerly affirm labor rights and express enthusiasm for the principle of free and fair collective bargaining. A review of the 2004 Compendium of the Social Doctrine of the Church shows that the support of Catholic social teaching for workers’ rights to organize is beyond dispute. From Pope Leo XIII to John Paul II, the right to form unions has been regarded as an indispensable element of economic justice.

Tricky questions may arise, however, when individual Catholics seek to discern whether a given legal measure is necessary to ensure the right of workers to form unions. My judgment is that EFCA is indeed necessary to protect the right of workers to unionize, a right that has been under sharp attack in recent decades. I urge all people of good will to check out the facts, consult their consciences and form a prudential judgment on this important issue.

It may not grab many headlines, but EFCA is emerging as one of the major moral issues of 2009.

This article also appeared in print, under the headline “More Perfect Unions,” in the March 9, 2009, issue. 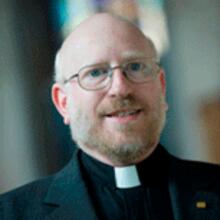 Thomas Massaro, S.J., teaches social ethics at the Boston College School of Theology and Ministry, Chestnut Hill, Mass. Compendium of the Social Doctrine of the Church