Skip to main content
Of Many Things
March 2, 2009 issue 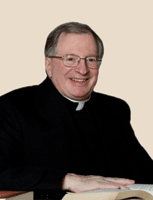 When I was a young Jesuit, I used to groan under the weight of exhortations to prudence. I thought prudence was an old man’s virtue. My first Jesuit rector, Father Frank Fallon, was particularly given to such tiresome appeals. They always seemed to me to be counsels of caution against rocking the boat. I was not a rabble-rouser, but from the time I asked my kindergarten teacher to allow the class to take our music time outside and have a parade, I have been an innovator.

As head of a tutoring program conducted by us seminarians in inner-city schools, I was repeatedly meeting with Father Fallon to make changes in our seminary routine so that our tutoring work could be more effective—like bringing our tutees to visit on our Thursday holiday. He and other superiors rarely gave me encouragement. Most of the time, I only heard second-hand the objections they had heard or expected to hear from the older fathers. But in the end they always granted the change I requested.

For most of my classmates, the rector’s cautious appeals were just one more thing to endure. For some, I fear, it represented a lost opportunity to engage their youthful idealism, and for that reason some vocations were lost. For me, it was a training in institutional change. I learned that bringing change was frequently a lonely enterprise and that expressions of appreciation would come only much later, after the work was successfully done.

Prudence, of course, is a much richer virtue than simple caution. For the Western philosophical tradition, it is a practical wisdom for making right decisions in changing circumstances. Nonetheless, it does have a restraining role. It used to be that bankers were known for their prudence. But clearly in the run-up to the current financial crisis, the heads of the major investment houses had lost their caution and their prudence, in the broader sense of understanding the wider societal role of banking. The old gray heads were swept away by the same “irrational exuberance” that drove the clever, competitive young brokers who worked for them.

The Obama administration has begun the hard work of reviving the financial system. Treasury Secretary Timothy Geithner has proposed a plan for stabilizing the banking sector, and both the administration and Congress are likely to propose further reforms. But neither legal restructuring nor more effective regulation will be sufficient to prevent a cycle of crisis without a return to virtue. Economic historians argue that modern capitalism is built on accumulated reserves of virtue from previous generations: thrift in particular, but also prudence, moderation, generosity and charity. So when I hear stock brokers say limits on executive compensation will destroy incentives or that they want more reassurance from Mr. Geithner, I wonder whether greed will ever be brought into check and “irrational exuberance” tamed for the sake of a sound economy.

In his last major work, The Laws, Plato suggested that civilizations fell after they lost their underlying “reverence” in an orgy of excess. One way to think of reverence is as respect for limits. The civilization of late-stage capitalism was rooted in excess: excess compensation, excess consumption, excess borrowing and excess technical wizardry (whether in financial instruments or electronic gadgets). To put the financial system on a firm foundation and rebuild the economy, world civilization will need to find a new moral balance between a sense of limits and a dynamism that assures quality of life for all the world’s peoples. We will need prudent adults who, as they encourage youthful innovation and the experimentation needed for economic growth, are also able to hold excess in check, beginning with their own institutions.

Show Comments (
2
)
Comments are automatically closed two weeks after an article's initial publication. See our comments policy for more.
Geoffrey O'Connell
11 years ago
Father That was a very good article and I enjoyed it very much.I read your magazine over 50 years ago as I am 77 now.My son gets your magazine also as he remembers me reading it . I was educated by the Dominicans over in St.Vincent Ferrer in the east side God Bless.
MARY GRIESEMER
11 years ago
Thank you for your simple, straight forward remarks about the need for balance in our lives. My mom always said "lessen your wants and you'll lessen your needs".
Advertisement

This article also appeared in print, under the headline “Of Many Things,” in the March 2, 2009, issue.