An End to Torture: Can the United States recommit itself to legal interrogation techniques?

An End to Torture: Can the United States recommit itself to legal interrogation techniques? 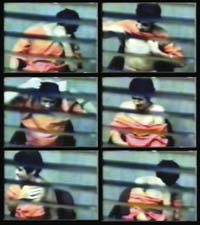 Sixty years ago, Eleanor Roosevelt and the U.S. government worked doggedly to create the Universal Declaration of Human Rights. Mrs. Roosevelt knew many successes in her long years of public service, yet she regarded the writing and passage of the Universal Declaration of Human Rights as her greatest accomplishment. She envisioned it as an international Magna Carta and Bill of Rights for people everywhere. She worked so hard (and drove others hard as well) that one delegate charged that the length of the drafting committee meetings violated his own human rights.

Like all other human organizations, the United States has a less than pure record on human rights. The same U.S. founding documents that set some souls soaring with language of universal rights also enslaved other human beings and defined them as property, while also excluding the female majority of the population entirely. We the people have spent the last 232 years working to live up to the best and undo the worst of those founding documents.

Whatever one thinks of Barack Obama, Sarah Palin or Hillary Clinton, the 2008 presidential election campaign was a historic move to open up our political life and leadership to all. Eleanor Roosevelt was no starry-eyed idealist. As a woman, an advocate for the poor and the wife of a man with a disability, she knew that U.S. rhetoric on human rights often did not match reality. Lest she forget it, the Soviet and other Communist delegates to the United Nations continually reminded her. As she recounted it, they would point out some failure of human rights in the United States and ask, “‘Is that what you consider democracy, Mrs. Roosevelt?’ And I am sorry to say that quite often I have to say, ‘No, that isn’t what I consider democracy. That’s a failure of democracy, but there is one thing in my country: we can know about our failures and those of us who care can work to improve our democracy!’” Mrs. Roosevelt placed her faith in the transparency of our society and in the ready supply of everyday prophets who would challenge and overcome injustices.

What Would Eleanor Do?

What would Mrs. Roosevelt make of the current U.S. debate over the use of torture in the war on terrorism? Article 5 of the Universal Declaration of Human Rights prohibits torture, unequivocally stating, “No one shall be subjected to torture or to cruel, inhuman or degrading treatment or punishment.” So serious was this basic human right that the drafters placed it at the very beginning of the document, right after the articles stating that all human beings are free and equal and enjoy “the right to life, liberty and security of person.” Articles 6 to 11 guaranteed a person’s legal rights, including freedom from arbitrary arrest or detention, a right to an impartial trial and a presumption of innocence; these were the “easy” articles from the U.S. perspective. The harder rights for the United States, with its laissez-faire, capitalist economic system, were the social and economic rights tucked in at the end of the document, particularly Articles 23 and 25, which guarantee the right to a job, adequate compensation and an adequate standard of living, “including food, clothing, housing and medical care and necessary social services, and the right to security in the event of unemployment, sickness, disability, widowhood, old age or other lack of livelihood in circumstances beyond his control.” Throughout the cold war, the United States repeatedly criticized violations by Soviet and Communist countries of the legal and political rights enumerated in the declaration. These countries returned fire by noting their “iron rice bowl,” a state-supported social safety net that they charged was lacking in the United States and other capitalist states.

The current torture debate has turned this history on its head. After the terrorist attacks of Sept. 11, 2001, the Bush administration retreated from the traditional U.S. stance against torture and argued instead for an American exception. Lawyers like John Yoo argued that a “new kind of war” against an enemy that has no regard for human rights excused the United States of its responsibilities as outlined in the Universal Declaration of Human Rights and in the Geneva Conventions. While never admitting to practicing torture, the Bush administration allowed and undertook what it characterized as “aggressive interrogation techniques,” including waterboarding, sexual humiliation, attacks by dogs, sleep deprivation and so on. While some of the practices were later decried, particularly those atrocities captured on photos at the Abu Ghraib prison in Iraq, many others were doggedly defended (particularly by Vice President Dick Cheney) as necessary and helpful in the war on terror.

Not all members of the government defense and security communities were so convinced. Then-Secretary of State Colin Powell and State Department lawyers, as well as military JAG lawyers, fought the administration’s interpretations. They believed such interrogation techniques were illegal and counterproductive, undermining military morale and discipline, exposing U.S. troops and citizens to the risk of same or similar treatment, and undermining the standing of the United States around the world. So concerned were C.I.A. employees that they purchased insurance policies and urged Congressional action to protect them from lawsuits and legal liability should the political winds change and the actions they were being ordered to undertake be declared illegal.

Congress and the public largely acquiesced. Polls showed that pluralities of Americans (and among them, Catholics) believed torture to be permissible. Congressional action to rein in the administration was tepid. In order to avoid a presidential veto, Congress watered down more vigorous anti-torture legislation, never declared waterboarding and other administration-approved methods to be torture, and granted legal protections to government agents who used these aggressive techniques.

President Obama’s administration will have to take up the torture debate. Most of the debate centered on whether particular “aggressive interrogation techniques” constituted torture, and whether particular actions taken by agents of the U.S. government (Defense Intelligence Agency, Central Intelligence Agency, military interrogators and government contractors) were legal, including foreign renditions to countries suspected of torture. Religious leaders like the U.S. Conference of Catholic Bishops and the National Religious Campaign Against Torture addressed the morality of torture by emphasizing the fundamental dignity of all human life, as expressed in the Universal Declaration, over the utilitarian view (that the ends of protecting the United States from acts of terror justified the means of violating the rights of suspected terrorists). Torture is a particularly problematic form of violence because it is inflicted by the very state that is supposed to be the protector and guarantor of human rights.

Points Missing in the Public Debate

First, torture is ineffective. Philosophers and television shows erroneously propagate the scenario of the “bomb in a baby carriage”: government agents apprehend a terrorist who knows when and where the next attack will take place; agents must stop the imminent attack; so they use torture to extract information quickly from the attacker. This model is wrong in almost all respects. Such “exquisite” intelligence as is depicted in prime time never exists in the real world. Instead, government agents never know exactly whom they have caught and what such persons know. Torture does not work because individuals respond in different ways to pain. Aggressive interrogation techniques can yield false information made up to satisfy interrogators and stop the pain. Instead of actionable intelligence that could stop the next attack, such false information wastes scarce government resources on wild goose chases. Even when government agents catch real terrorists, the application of coercive techniques may play into their apocalyptic visions of martyrdom, rather than “loosening lips.”

Second, torture is immoral, even in a utilitarian calculus. Others besides suspected terrorists are harmed by torture. Arriving at the conclusion that “the end” of saving innocents from terrorist attack justifies the means of torture grossly underestimates the costs of torture to society, to our nation’s military and legal institutions and to our role in the world. Those we ask to do the torturing are also harmed, sometimes irreparably. Our legal and political systems are harmed, as professionalism in the military and in law enforcement suffers. For this reason, military lawyers are among the strongest critics of torture. As Shannon E. French, formerly of the U.S. Naval Academy, notes in her book The Code of the Warrior, military professionals need ethical codes to work effectively and to differentiate themselves from barbarians and murderers. The United States has the strongest military on earth, and others come from far and wide to study and emulate U.S. military professionalism and codes of conduct. The ethical frameworks of the Universal Declaration of Human Rights, the military code of conduct and the Geneva Conventions protect not only innocent civilians but military personnel themselves. Violating those norms puts Americans at risk for similar treatment. According to his killers, the journalist Daniel Pearl was beheaded in retaliation for torture at Abu Ghraib.

Third, torture is impractical. Protecting human rights and prohibiting torture is practical and advances U.S. interests, especially U.S. security interests. By contrast, using torture undermines U.S. security. The National Religious Campaign Against Torture acknowledges this in its call for the new president to issue an executive order banning torture (www.nrcat.org). The war against terror is primarily a battle of ideas. Al Qaeda fights for the idea of the bankruptcy of modern and secular Islamic states allied with the West, while the United States fights for the idea that the tactic of terrorism, of intentionally killing civilians, is impermissible. The United States cannot effectively fight for a global norm while ignoring normative constraints. The United States cannot champion human rights abroad while ignoring them at Guantánamo. The United States certainly cannot do this with the world watching.

Military force is not the source of American power in the world today. The strength and attractiveness of U.S. ideals are at the basis of U.S. “soft power,” and torture undermines those. The debate is not between realists keen on protecting U.S. citizens and idealists who place human rights ahead of security concerns. As Eleanor Roosevelt knew 60 years ago, and a new administration must rediscover now, advancing human rights also advances U.S. interests and security.

This article also appeared in print, under the headline “An End to Torture,” in the December 1, 2008, issue.

Maryann Cusimano Love is an adviser to the U.S. Conference of Catholic Bishops’ International Policy Committee.