Defending Community Organizers: Don't be misled about the Catholic Campaign for Human Development 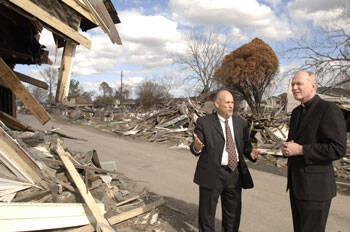 Is the Catholic Campaign for Human Development, well, Catholic?

That’s the question raging in the wake of a controversy over the fact that the CCHD has given funds to the Association of Community Organizations for Reform Now, the voter-registration and poverty-fighting program that is now universally-recognizable by its acronym, ACORN. Most organizations would normally covet such branding, except that in ACORN’s case it came by way of a reported embezzlement by one of its executives and accusations that an ACORN worker tried to file false voter registrations. In the midst of a presidential campaign, that was more than enough to turn ACORN into a weapon against Barack Obama, because Obama had worked with ACORN during his community organizer days in Chicago years ago.

Indeed, the political atmosphere was so negative at the time that the role of “community organizer” itself became an instant epithet at the Republican convention thanks to sneering references from Sarah Palin and Rudy Giulani.

The end of the campaign didn’t do much to tamp down the criticism, however, and the CCHD became collateral damage as news spread that the organization, since 1969 the premier poverty-fighting program of the Catholic Church in the United States, had provided more than $7.3 million in grants to ACORN over the past decade. That covered about 320 poverty-fighting projects, according to Catholic News Service. In an already super-charged political atmosphere, that’s all it took. In a denunciation that America blogger Austen Ivereigh declared “manifestly unjust,” Father Richard John Neuhaus, editor of First Things, said that the CCHD, “misbegotten in concept and corrupt in practice, should, at long last, be terminated.” Father Neuhaus noted that the word “Catholic” had been dropped from the organization’s name, rightly in his view, since it “has nothing to do with Catholicism,” and he announced that CCHD funds support “pro-abortion activities and politicians.”

In reality, the CCHD has been and remains the Catholic Campaign for Human Development, and CCHD officials point out that the organization does not back any initiatives that contradict church teaching—only those that help the poor move out of poverty. All grants go to projects “with objectives and actions that are fully in accord with the moral teachings of the Catholic Church,” the CCHD says. Partisan activity is prohibited, and the local bishop approves every grant.

Still, the charges by Neuhaus and others echoed around the ecclesial blogosphere and in viral emails, prompting the U.S. bishops to take up the issue at their fall meeting in Baltimore last week. This debate also became a political football in a sense, as some bishops openly questioned whether the CCHD was funding anti-family initiatives while others privately wondered if the whole program should be revamped or even shut down. The guilt-by-association has led to deep consternation at the CCHD, which shares offices with the bishops’ conference in Washington.

On one level there is concern that some bishops, especially younger prelates, don’t understand the CCHD’s grounding in the fundamental tenets of Catholic social teaching on the dignity of the human person; in fact, the organization roots its mission in the teachings of the catechism on the common good (#1913) as well as in the words of the late Pope John Paul II, who once praised the CCHD as “a witness to the Church’s living presence in the world among the most needy.”

Anxiety over the level of support from the hierarchy was eased somewhat when the CCHD reception for the bishops generated what NCR’s John Allen described as an “all-star” turnout of top Catholic brass, from cardinals to USCCB leaders. Allen quipped that the open bar and promise of “heavy hors d’oeuvres” may have helped. But he also noted that several bishops privately said they turned out explicitly to show their support for CCHD. “In effect, the reception sent a signal that the recent controversies have not caused the bulk of the bishops to lose confidence in the CCHD or its objective of funneling Catholic resources to anti-poverty groups around the country, whether they’re church-affiliated or not,” Allen wrote.

Moreover, during the bishops’ meeting, Auxiliary Bishop Roger P. Morin of New Orleans—head of the committee overseeing CCHD—reassured his brother bishops that the CCHD had suspended all grants to ACORN after the embezzlement reports emerged last June. While a forensic audit was ongoing, Bishop Morin said, indications so far are that “our funds were not involved with those embezzled at the national office” of ACORN.

The greatest concern, however, is that the public criticism could hurt the CCHD’s annual appeal, which is set for the weekend of Nov. 22-23. Ralph McCloud, the new executive director for the CCHD, last week tried to dispel suspicions, saying that despite the reports, “The overwhelming reality is most of the groups we fund do tremendous work.” But calls by Neuhaus and others to boycott the appeal could continue to resonate, and the extent of the damage—which could be especially damaging to anti-poverty programs in light of the incipient recession—will only be known after the collection concludes.

Yes, the CCHD is Catholic. Unfortunately, the question sounds like a joke. But it doesn’t have a punch line. 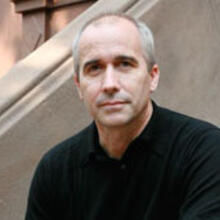 David Gibson is the author of The Rule of Benedict and