Skip to main content
Of Many Things
November 17, 2008 issue 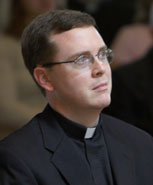 Sean had a heart as wide as his broad Celtic smile. Though actually our cousin, he lived among us as our brother, a noble soul who routinely performed the quiet deeds of generosity the world depends on yet rarely notices. In 1995, at the age of 29, one of those deeds cost him his life.

He had taken as a roommate a troubled, down-on-his-luck acquaintance who in a blind, drunken rage shot Sean three times with a rifle and then committed suicide. The news of the murder tore through us like a Category 5 hurricane of anger and sorrow, prompting one of my brothers to say that if Sean’s killer had not committed suicide, “I would have killed him myself.” I don’t actually think that’s true, but it is an understandably human reaction. In order to cope with the sense of helplessness every loss entails, people sometimes imagine that they are capable of anything.

I did not consciously feel angry until a couple of days after the murder, when the woman who owned the house where Sean had died appeared in the living room of my aunt and uncle to deliver some of Sean’s belongings. She offered some words of comfort to us and then told us that she had to get going, as she also needed to bring some things to the family of the man who had killed Sean. “They too are grieving,” she said, “as they have also lost a son.”

I thought this remark, though not malicious, was nonetheless insensitive. It enraged me at first, but even after my anger had slowly receded, it lingered in my memory for years. I figured out eventually that what unsettled me most about the remark was that it was true. Another father and mother had lost a son, surely one of the most formidable sorrows a human being can face. It was also true that their son was a murderer.

And that is what I kept thinking: both of those things were true; this man was a murderer, and he was more than a murderer. He was a son, but he was more than a son. His was a monstrous act, but he was not a monster. Above all he was not merely the sum of the acts that brought about the collision of our lives. And all of this was true because if God was who my faith revealed him to be, then this man, like each of us, was created in love by God with an inviolable dignity God never revoked.

“That is a radical idea,” I later thought. “God is not the moving target. We are. His love is constant. It is our sins that distance us from God’s love. But that is not God’s choice. In fact, it is his sorrow.” What a grace this was. I felt I had at last found an idea that was just big enough to accommodate the seemingly impossible: my forgiveness of Sean’s killer. So I prayed for him. I prayed for the grace to see him as God saw him. And in time, in my mind’s eye, God revealed a man who knew no love. Chronically desperate, fatally lonely, he panicked and made a terrible choice. Until his last breath, however, God loved him as much as he does any of us. And that, it seemed to me, was worthy of my effort to forgive this man. In fact, it demanded it.

Jesuits like to say that the Catholic faith is “a faith that does justice.” That is true, but in isolation that phrase fails to capture the truly radical nature of our Christian calling. The reason for our hope is that our faith is ultimately the faith that does forgiveness, the faith that reconciles, even and perhaps especially in the face of injustice. Not every act of justice is an act of forgiveness. Yet every act of forgiveness is an act of justice. The work of justice is a constitutive element of Christian living, but forgiveness is our distinctive calling, for it contains the possibility of conversion and true creative change. After all, the greatest act of forgiveness in history took place on Calvary in the midst of the greatest injustice in history, and this single act of mercy continues to transform humanity.

In the end, I don’t know what justice was or might have been for Sean and his killer. Only God now knows that. But in my grief I did come to know that forgiveness is the final measure of our love for one another. And though it is sometimes said that the forgiveness asked of us is beyond the human, the opposite is true: forgiveness is the most human act we can perform, for it springs from the truth of who we are: children created in the image of an all loving and forgiving Father.

Show Comments (
1
)
Comments are automatically closed two weeks after an article's initial publication. See our comments policy for more.
Roland Benoit
11 years 10 months ago
Thanks to Matt Malone for the sharing of this amazing grace. I am not surprised to see no comments on this article based on frequent conversations about forgiveness. It has always seemed to me many were too quick to hide in the "only human" response. Each day I hope to grasp more fully the words Jesus gave us...forgive us(me) as I forgive... and I plead for the grace to be always ready to forgive. Praise God in thanksgiving I have been spared such difficulty.

This article also appeared in print, under the headline “Of Many Things,” in the November 17, 2008, issue.

Matt Malone, S.J., is an associate editor of America.