Can Citizenship Be Earned?: Legal remedies for undocumented immigrants

Can Citizenship Be Earned?: Legal remedies for undocumented immigrants 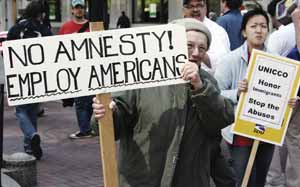 Amnesty”: Just include this lightning rod of a word and any proposal for legalizing undocumented immigrants or for achieving comprehensive immigration reform quickly plummets to defeat. Yet that need not be the case. In order to clarify use of the term amnesty in the national debate, I offer three ethical considerations that every policy maker and informed voter ought to keep in mind this fall. These points emerged during intensive discussion among a group of immigration experts (ethicists, lawyers, scholars and policy makers) who were convened recently by the Markkula Center for Applied Ethics at Santa Clara University.

1. The use of the word amnesty is almost always an exaggeration, if not outright dishonest.

Technically, amnesty means the lifting of a penalty associated with an entire class of people who have violated a law. But every serious legalization proposal includes a stiff penalty for immigrants without documents, and thus none is in fact an amnesty. One proposal, for instance, would confer permanent residency only after all of the following criteria are met: eight years of employment in the United States, payment of a substantial fine and any back taxes owed, learning the English language and getting in line behind all those who have already applied for lawful residence. By one estimate, it would take an undocumented immigrant 11 to 13 years to become a U.S. citizen under this proposal. The current legislative proposals for what has been called “earned citizenship” are not like the 1986 immigration legislation, which extended permanent residency to the undocumented after only 18 months of residency and on the basis of a much less onerous work requirement.

2. An ethically acceptable approach to the immigration debate must recognize the good faith and common humanity of persons without documents.

Where one stands in the debate over immigration policy depends greatly on how one views the motives of undocumented immigrants, the men and women who are working all across the country in places ranging from slaughterhouses and restaurants to expensive suburban homes. To those who take an enforcement-only approach, such immigrants are lawbreakers, period. From this view there is only a short series of steps to the assumption that such men and women also are inclined to criminality or to leeching off the U.S. welfare system or are in league with terrorists.

But one could view these immigrants more broadly and accurately, not only in terms of a legal violation but also in terms of the fundamental motives of a shared humanity. Then one could ask, to borrow a phrase about migrants from the French philosopher Simone Weil: Are not these men and women “exactly like us”? In asking this question, it becomes possible to see undocumented immigrants as more than violators of a law and deserving of deportation. Instead they emerge as fellow human beings, who have sometimes endured great hardship to seek a better life here, much as our ancestors did. One can see them as possessing inalienable human rights. One can see them as members of families: families in Mexico on whose behalf the undocumented immigrant risks much to cross the desert, and families in the United States that are broken whenever one member is deported. One can compare these immigrant stories with the stories of our own immigrant parents, grandparents and great-grandparents.

The legal dimension does not exhaust the narrative. It is not that the undocumented today came illegally, while all of our ancestors came legally. During past periods of heavy immigration to the United States, there was nothing like the legal regimen that governs immigration today. The common factor between then and now, between Ellis Island and today’s slaughterhouses and suburbs, is the immigrants’ brave hunger for a better life.

At the origins of Western civilization, the Hebrew Scriptures commanded, “You shall treat the alien who resides with you no differently than the natives born among you; have the same love for him as for yourself; for you too were once aliens in the land of Egypt” (Lv 19:33). By seeing undocumented immigrants only as lawbreakers and as utterly unlike our law-abiding selves, we make it difficult to recognize the common hopes of our shared humanity.

3. It is ethically legitimate, even desirable, to uphold the rule of law; the proposals for earned citizenship do this.

It is necessary to address the argument that any legalization proposal amounts to a de facto amnesty, because the person who has entered the United States without permission is able, through legalization, to reap the rewards of his or her legal violation and remain in this country. This is not an amnesty in the sense that a penalty is lifted, but it is one in the sense that no penalty is applied. For those who think this way, the fines imposed in the earned citizenship proposals are not punishment enough, because the immigrants would ultimately be allowed to remain in the United States. In this view, their retention of the fruit of an immigration violation—staying here—undermines the rule of law.

Amnesty and the rule of law, however, must be considered in light of how legal punishment is often determined. Two factors are especially crucial: the intent of the violator and the effect of the violator’s action. By specifying these factors, punishment can be made to fit the offense. It is important to recognize the central intent of those who illegally cross the U.S. border: to seek a better life. Many come from conditions of crushing poverty. Determining the just punishment of a whole class of people who have violated a law by aspiring to a better life is a very different action from determining the punishment for a lawbreaker who crosses the border maliciously as the first step in a lawless sojourn in the United States. This is intent.

What about “effect”? It is important to recognize the social utility of the work undertaken by undocumented persons. This work needs to be done: picking crops, caring for children, constructing homes and maintaining lawns. The spiking demand for agricultural workers by growers across the United States who are squeezed by the enforcement-only strategy is powerful evidence of such need, as is the number of related proposals for expanded visa or guest worker programs.

To make the punishment fit the violation in the case of the undocumented requires judgments about intent and effect. An abstract justice detached from concerns about circumstances and economic purpose would uphold the rule of law by deporting millions of undocumented men and women. But a justice attentive to the actual conditions of people’s lives and to economic need would link the rule of law to the requirement that law itself should be subordinate to reality. Fairness requires that the punishment fit the offense. In other words, a substantial fine as part of earned citizenship proposals upholds the rule of law far better than does the unrealistic resort to deportation. It may also be the case that the law itself should be changed to conform to the new economic reality. As the legal maxim says: “When the reason for the rule ceases, so should the rule.”

Why has the word amnesty been wrenched from its full meaning and used to stifle reasonable efforts at legalization? One explanation is that many Americans think the undocumented are playing outside the rules by which fairness is established. Those who think this way may not be persuaded by blameless motives or even by the impossibility of deporting 12 million people. Another explanation is that proposals for earned citizenship are not well known throughout the country. One hopes that the more American citizens know about the penalties attached to the proposals, the more they will support them. Another possibility is that Americans are at a low point in their confidence in government: even if earned citizenship imposes a set of requirements on the undocumented, Americans have little hope that a government that cannot hold the borders could enforce such requirements on the immigrants who have already crossed them. And some detect the presence of a resurgent nativism in the U.S. population, fueled by suspicion of immigrants in the wake of the terrorist attacks on Sept. 11, 2001.

At the root of the rejection of what has been called amnesty lies a series of misguided ethical choices. I hope this statement helps identify those choices and shows that it is possible to find just and ethical ways to deal with the legalization of the undocumented, ways that respect our shared humanity, acknowledge economic reality and uphold the rule of law.

This article also appeared in print, under the headline “Can Citizenship Be Earned?,” in the October 13, 2008, issue. 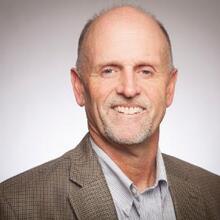 David DeCosse is director of campus ethics programs at the Markkula Center for Applied Ethics at Santa Clara University in California. He wrote this essay in collaboration with immigration exper