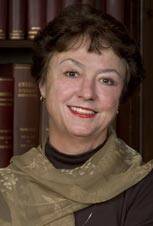 If it’s October, with the feast of St. Francis near, can America’s literary editor be far behind?

Yes, readers, another fall publishing season is upon us; and we take this occasion—the first of two—to introduce you to some of its highlights. The books reviewed herein cover theology, memoir, history, biography and poetry. Kathleen Norris, Richard McBrien and Mary Oliver join others in the fall lineup.

To answer the many questions I am asked, the process of selecting books to be reviewed in our pages remains the same. I pore over catalogs from a multitude of publishers, some large, some small, some distinguished, some obscure. Blocks of time, and quality time at that, have to be carved out regularly to read about books that might in the end carry only a minimal chance of making the cut. Even being selected for consideration, and received here as early as the publisher can oblige, does not guarantee assignment for review.

Easiest to decide, of course, are new works by big names and/or books on timely social, religious, political and other issues of interest to our readers. But it is impossible to review every worthy book because of the large volume of solicited and unsolicited galleys and books that cross the threshold into our offices. To address this situation somewhat we have begun—and will run regularly—a new section called Books in Brief, which will alert our readers to some other titles they might want to look at. We hope this additional coverage will compensate to some extent for the recent cutbacks of book sections in newspapers.

Still, the books roll off the press in record numbers. I find it amazing that in these dire financial times, the level of print output from publishers seems not to falter. Leave out the economy, say, and consider the expenditure of natural resources involved in producing and binding the printed word. Some day I should give you a list of the actual titles of some books; reading them aloud at the office always provides some moments of hilarity. Besides titles, there are subjects that, in my view, could appeal only to an extremely limited readership (a history of salt, anyone?).

I try from time to time to mention books published by small presses, books that rarely come with an advertising or promotion budget. New City Press has just released two: Sister Earth: Creation, Ecology & the Spirit, by Dom Hélder Câmara, and Pathways to Community, by Bishop Robert F. Morneau. Each is a thin paperback containing 28 reflections, in keeping with the series of which they are a part, A Meditation a Day for a Span of Four Weeks. Câmara reflects on our role as co-creators; Morneau writes on prudence, justice, fortitude and temperance.

Sundays With Jesus: Reflections for the Year of Mark, by America House’s own James DiGiacomo, S.J. (Paulist Press), is a superb resource for homilists. Last week’s issue of America on the coming Synod of Bishops focused on Scripture and mission—being “doers of the Word and not hearers only.” DiGiacomo is a gifted preacher and has written widely and well on the subject. This paperback compresses a wealth of practical insight, interpretation and reflection into a relatively small package. Be ready to take it up when Advent approaches.

Have you heard about a novel called The Shack: Where Tragedy Confronts Eternity, by William P. Young? The book appeared late last year, but I learned about it only this past spring, by which time it had soared to the top of bestseller lists. Published by Windblown Media in paperback, it is the story of a young girl abducted from a campsite where she was spending a weekend with her father, siblings and other families. The father’s worst fear is ultimately confirmed, which shatters his already tenuous faith in God. So God has no choice but to intervene in the flesh, inviting the father to spend a weekend at the shack where the girl’s body had been discovered. Here the Trinitarian God comes as three of the most unlikely persons we could expect. The storyline requires attentiveness on the reader’s part. Also helpful is an open mind and heart. The writing is brisk and well paced. This, in a word, is a book of wonder; it rekindles faith and makes us think about God’s relationship with humanity, and about suffering and death.

This season, no matter your literary preferences, “get caught reading.”

Show Comments (
1
)
Comments are automatically closed two weeks after an article's initial publication. See our comments policy for more.
Maria Leonard
13 years ago
Dear Patricia:- I thoroughly enjoy the book reviews in America and look forward to Books in Brief. Your remark about "a history of salt" amused me. It prompted me to reach for a book tucked away on the top shelf of my bookcase: "Salt: The Fifth Element" by Garnett Laidlaw Eskew published in 1948. I acquired it when I moved to Chicago to take a position with the corporate office of Morton Salt--"When it rains it pours". Forty books are listed in the bibliography, including the Bible. The title comes from Jean de Marcounille (Paris 1584): "The sacredness and dignity of salt! This mineral is like unto the four elements--earth, air, fire and water. So universal, so necessary to life, it is the fifth element." I'm glad to learn that someone has taken up the topic again!