Deja Vu on Wall Street: 'The meltdown of venerable investment houses might have been anticipated.' 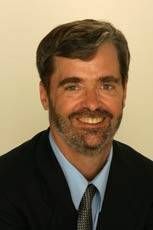 As a writer and teacher of history, I constantly have to grapple with the skepticism of friends, editors and, yes, students who invariably ask a dreaded two-word question: Who cares? This is a variation on the cheerful sentiments that Henry Ford expressed in the early 20th century, as his Model T’s were transforming American culture. “History is bunk,” Ford famously said. His view is not without adherents all these years later.

When I am asked why anybody ought to care about the past when the present has more than enough excitement, anxiety and pleasure, my answer is a variation of George Santayana’s maxim that those who do not understand history are doomed to repeat it. That canned response rarely leaves me satisfied, or my inquisitors convinced.

And yet, didn’t Santayana have it exactly right? The Wall Street meltdown surely proves that there is wisdom in even the most overused cliché.

If history were taken seriously in the business world, in the halls of Congress and the White House or in the editorial offices of some of the world’s most important newsgathering organizations, then surely the headlines of mid-September would not have come as such a surprise. The meltdown of venerable investment houses might have been anticipated. The panicked response of government could have been foretold.

Why? Because it all happened before, in one way or another. The unfolding saga of greed gone wild is not new in U.S. history. Indeed, it is a theme in any honest survey of American history.

The problem is that every generation seems surprised to learn that it can happen again, that history has not been suspended, that the modern world has not solved the problems that have plagued capitalism and commerce over the centuries.

The world, Senator Daniel Patrick Moynihan once observed, is a dangerous place, but many people seem surprised to learn that this is so. He was referring more to the international scene than to domestic events, but a variation of his formula would seem appropriate now. The world is a dangerous and greedy place. And regrettably, many powerful people have chosen to believe that there is no connection between danger and greed.

Who are these naïve people? For starters, they are the members of Congress who “reformed” the financial industry eight years ago when they abolished the Glass-Steagall Act, an early New Deal initiative that established a wall separating the activities of insurance companies, investment firms and banks. The “reform” measure was sponsored by, among others, a senator from Texas named Phil Gramm. He, of course, was until recently a top economic adviser to Senator John McCain and was among the most dogmatic deregulators of the 1980s and 90s. He was hustled to the sidelines of Campaign 2008 a few weeks ago when he opined that the United States was a “nation of whiners.” This expression was not considered appropriately sensitive at a time of economic distress, so Gramm was persuaded to sever his formal ties to the McCain campaign.

The Glass-Steagall Act was just one of many new laws put into place during something called the Great Depression. One would assume that most Americans have some familiarity with the troubles of the 1930s, which were caused by the irrational exuberance of the 1920s. One would assume that somewhere in the board rooms of corporate America and in the polished offices of leading politicians, somebody somewhere remembers hearing about how banks collapsed following their deregulated binge, and how it took laws like Glass-Steagall to restore the nation’s confidence in its economic system.

Well, perhaps the 1930s are just, like, so yesterday. Perhaps the 21st century’s hard-charging business leaders and politicians simply do not see the connection between the two eras of bank failures. Fair enough. How about the late 1980s, when after another round of deregulation the nation’s savings and loan associations went belly up thanks to bad investments, imprudent choices and greedy leadership? The S&L scandal cost the taxpayers billions to clean up. But, it was said at the time, a stern lesson was learned: Dogmatic deregulation is bad for business!

The collapse of the dot-com craze of the late 1990s did not result in a catastrophe like today’s. But it surely was a consequence of the belief by business leaders that they were smarter than their predecessors, that they had found a way to make the business cycle an anachronism. They were rather surprised to learn that they were not the first to delude themselves in such a way.

So we are left with the grim headlines of late summer 2008. Great financial institutions, shorn of the burdens of government oversight and set free to work their for-profit magic in the dynamic global marketplace, have collapsed under the weight of their greed, their incompetence and their imprudence. An institution they loathe, the federal government, has come to the rescue—yet again. This scenario may not sound familiar to the beneficiaries of the bailout, but for some of us it is, as the historian Yogi Berra put it, déjà vu all over again.

Meanwhile, the legacy of the subprime mortgage crisis will continue to claim innocent victims. To cite just one example, more than 70 companies, including Bank of America, have stopped underwriting loans for college students.

What a terrible irony: Thanks to one industry’s ignorance, thousands of young people may never get the chance to go to college—where they might have learned a little bit about history.

Show Comments (
3
)
Comments are automatically closed two weeks after an article's initial publication. See our comments policy for more.
John Walton
14 years ago
Glass Stegall was disappearing before the Republicans and Democrats finally killed it off. The great innovator in this respect was Charlie Sanford of Bankers Trust (now Deutsche Bank) who (in the early 1980's) figured out how to make corporate loans portable, adding more flexibiity the balance sheet of BT. Loans could now be syndicated and traded like bonds and stocks. Add to this the rocket scientists (yes, they were physicists, after all Fischer Black's undergrad major was Physics) who figured that if you could write options on stocks, you could probably do the same on bonds. Thus the derivatives and synthetic bond markets were created from nothing. Here's the rub -- loans that are meant to be traded lack the personal relationship between banker and borrower, even if it's a large and levered company like Time Warner, or a cable-TV operator in Erie PA. Almost 40 years ago the partners of Goldman Sachs made good on the commercial paper they had issued on behalf of Penn Central, they stood by Ford Motor when it got crunched in the 1970's. I doubt you'll see that feilty and sense of responsibility between any of these entities as relations become borrower and lender become more ephemeral. Oh, we borrow money, both the U.S. Treasury, and our banks and industrial firms from people who really don't like us. If you run simultaneous trade and budget deficits and the dealer gets nervous the funding disappears in less than a New York minute. Let's not forget A. Greenspan, the posseur who channeled Ayn Rand at a seance with Bernard Baruch, Tino de Angelis and Gus Levy. Greenspan should have been sent to the dog track ten years ago. If you want to know the culprit, it isn't Phil Gramm, Barney Frank, Bill Clinton or George Bush. The blame rests squarely in Greenspan's lap. He even believed what he was telling people. So, the world probably won't end, but we will have a long period of enforced of sobriety. Anyone who thinks this is NOT a nation of whiners should have heard my clients complain when I sold their Lucent stock, only to see it go up another 20 points. Only one of the 10 cured leppers called to thank me when the stock went to a buck.
Edison Woods
14 years ago
On the study of history I have this to say: until we as a nation stop thinking of education solely in terms of dollars and cents, Henry Ford's stupid remark about it will still be remembered and admired by fools like himself. I hold two degrees in history and to this very day I'm still asked where's the money in it? My response is this: where is the humanity not to say intelligence in thinkking of knowledge only in terms of dollars and cents? The greatest men and women of this country and of the world did not do so and neither should we.
Maggie Rose
14 years ago
call me naive BUT ... has any american history graduate student ever put together a chart that illustrates every single wall street and/or big industry scandal throughout our history and matched it with which political party was in control at the time? if so, please point me to that source 'cause I wanna see if my suspicions are true or not. (republicans in office? prepare for monetary scandal) first, history is precisely what we need to be aware of in order to act "smarter" but secondly, we need courage to do the right thing