Skip to main content
Of Many Things
September 22, 2008 issue 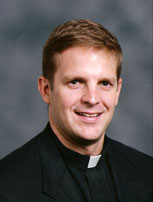 The art of teaching, especially for the rookie, is counterintuitive. Of course, any neophyte can envision the goal: a handful of students in a circle of desks discussing, for instance, the significance of the walls, dividers and screens in Hawthorne’s “Bartleby the Scrivener.” On the other hand, bringing about this perfect scenario in which suddenly the wallflower holds forth with confidence as the class clown tilts his head to listen and the teacher nods in approval presents a formidable challenge. When I began teaching three years ago, I could see the goal, but the path was fairly obscure.

Some might say that teaching is a balancing act in which, luckily, the rookie cannot perceive the hazard waiting below. Trying to find my own way, I saw only two extremes: the fascist, who takes the advice not to smile before Christmas, and the friend, who smiles his way through. I was not sure how either would create the kind of class environment that I saw through the small windows of classroom doors where veterans held forth before smiling, relaxed students.

The summer before my first year, the seniors had read Joseph Conrad’sThe Secret Sharer, in which a newly appointed ship’s captain with a crew of strangers faces a long voyage home to England from the Gulf of Siam. His ship at anchor, the captain, on his first night as captain, decides to cut his crew a break and takes the tedious overnight anchor watch by himself. Having served as an officer on a ship in the U.S. Navy, I know this watch, and I also know that a captain would never do this. But I understand his desire to win the approval of the crew as quickly as possible. For a ship to function properly, the crew must trust the captain and vice versa. Cutting them a break would be the quickest way toward earning respect upon which to build trust.

One school of thought says that new teachers have exactly seven seconds to make an impression that will shape the tone of the class for the next nine months. So on my first day I greeted each senior with a convivial handshake and an invitation to take any seat in the room. Soon a logjam formed, and students in the back of the line became rambunctious. I asked for silence but got none. Then I nearly screamed, “Enough! Shut up!” so that I could warmly greet the startled kid who stood in front of me. The positive energy that I had felt build as they had entered and taken their seats scooted out the door, and 40 eyes rolled at once.

As soon as the class ended I began to reflect on what had happened. I had lost control, not of the class, but of myself. I would never get back those sacred seven seconds. I had ruined their year and my chance at having the perfect class. Who knows; had I followed through with the belabored icebreaker, maybe we would have had a fascinating discussion about Conrad’s unreliable narrator and its impact on narrative expression in all of art. But I had blown it, because kids want to know that they have someone in control, not of them, but of himself. They want a captain. So much for my Robin Williams moment, when the class would chant, “O Captain, my Captain.”

All this occurred to me in the immediate aftermath. But from the distance of three years, I learn a different lesson. Much of the theory is true: students do want a teacher with self-control; they need to be able to trust; those first few moments are important for establishing a winning classroom ethos; and no, the end is not a good place to start.

Hollywood classrooms like those of “The Dead Poets Society” can happen, but they take much hard work on the part of both teacher and students. The magic of the classroom comes about over time, not in a moment, and certainly not in seven seconds. The magic happens because most kids are willing to forgive a teacher who wanders off-script, and most teachers are willing to forgive students who aren’t firing on all cylinders every day. The classroom magic comes about as a result of the same thing that fuels the richness of life itself: loving relationships with real people. Love is patient; it takes its time. Often it has an awkward beginning, and there are no shortcuts. In the end Conrad is taught, mutual respect is earned, and the classroom community takes one step closer toward learning to love one another.

This article also appeared in print, under the headline “Of Many Things,” in the September 22, 2008, issue. 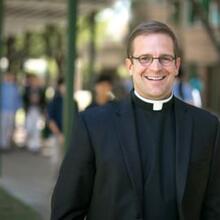 Jeff Johnson, S.J., is a first year theologian. He was an intern at America during the summer of 2008.