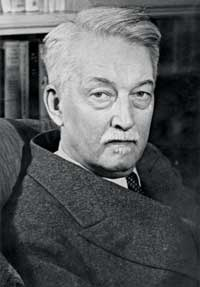 I am expected, I was told, to say a few words about the “Apostolate of the Pen.” Let me confess that I would prefer not to do so, for I am afraid of big words.

Moreover, any expression intended to designate some human activity should be used by those it concerns to mean the kind of task they are doing. Now, if you ask a writer what he is doing, he will probably answer: “I am a novelist”—or a poet, or a philosopher, or a playwright. But I hardly imagine that he will answer: “Me? I am an apostle of the pen.” Supposing he did answer in this way, I would have little confidence in his apostolic virtues.

The Christian apostolate is intended to convey to men the good tidings of the Gospels and to lead souls to faith in revealed truth. It has its proper ways and means. For a writer to make a novel or a metaphysical treatise an instrument adapted to this purpose, or to any other purpose extraneous to the proper exigencies of his work, would involve some risk for the very quality of the work…

…What is to be hoped for with respect to a Catholic writer is that he may be an artist fully dedicated to the requirements of his art and the beauty of his work, or a thinker fully dedicated to the requirements of knowledge and the progress of the intellect in truth. He should be inspired in his task by something of the feeling that prompted Léon Bloy to say, “My secret for writing books which please you is to be ready to give my life for the unknown reader who will someday read them.”

Then he will have a good chance of being an apostle of the pen, but without having any desire to inscribe his name in Who’s Who under this heading, or to subordinate the search for truth or beauty to practical success or facility in acting on the souls of his contemporaries…

…Catholic means universal. To the extent to which he is true to the type, a Catholic writer speaks to all men. As a result, a Catholic writer should endeavor to offer his thoughts in a vocabulary apt to touch not only his fellow Catholics but every man. I do not say that he will succeed in doing so; I say that he should try to. I do not mean that what he says should be of a nature to please everybody; I mean that the manner in which he says it should be such as to appeal either to the reason or the esthetic feeling of any man who has the needed intellectual preparation. This very effort to universalize the expression, to keep from using a too domestic Catholic vocabulary, helps a Catholic writer to be more profoundly faithful to the exacting purity of Catholic truth…

…It is not easy to be a Catholic, and it is not easy to be a writer. To be a Catholic writer is doubly difficult. There is, on the one hand, the danger of yielding to the spell of art or human knowledge so as to fail in the requirements of the supreme truth. And there is, on the other, the danger of using divine truth to which we and our fellow believers adhere in common to compensate for possible failures in our fidelity to the requirements of art or human knowledge. I do not believe there is any other means to overcome these risks than a good deal of humility and some kind of appreciation of, or yearning for, the ways of the spiritual life.

We are confronted now with energies of error—to use St. Paul’s expression—which claim to transform man and the world for the sake of a materialistic ideal. Our struggle against these energies of error can be victorious only if we confront them with the integrity of the intellectual and spiritual power embodied in our Christian heritage.

It is an urgent need of the world today that Christians firmly attached to their faith dedicate themselves to the labor of intelligence in all fields of human knowledge and creative activity, while realizing that the keys provided by a sound philosophy and theology are intended to open doors, not to close them. We must realize, too, that spiritual experience born in charity is the most profound and fecund inspiration to creative work. Each one works in his own special field and according to the requirements of this field, but his work should be animated from within by a motion that comes from a higher source, which is able to reach the souls of men as no human dexterity can do.

And this is, I am afraid—in actual fact and in its true sense—that “Apostolate of the Pen” of which I did not want to speak.

Show Comments (
1
)
Comments are automatically closed two weeks after an article's initial publication. See our comments policy for more.
Franklin Tonini
11 years 10 months ago
Perhaps America might consider publishing articles from its archives by this great Catholic philosopher and saintly person whose works are still relevant to our troubled times.
Advertisement

This article also appeared in print, under the headline “The Apostolate of the Pen,” in the September 22, 2008, issue.

Jacques Maritain (1882–1973) was a French philosopher and political thinker, and one of the most influential interpreters of Thomas Aquinas in the 20th century. The following reflection is based on his address of May 10, 1952, to