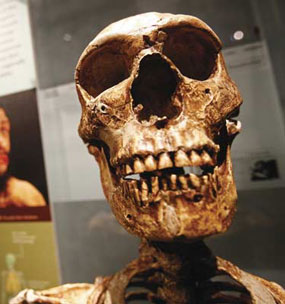 There is no issue more visible and emotional in the field of science education today than evolution, and no state where the issue has been more hotly debated than Florida. For much of the last year, a committee of educators and scientists worked with officials from the state’s Department of Education to hammer out new standards for science education. Their decision to designate evolution one of the “big ideas” in the state’s science curriculum was opposed by groups like the Florida Family Policy Council and conservative lawmakers who objected to the teaching of evolution in the classroom. In the end a compromise was reached, and new standards were passed requiring the teaching of evolution, but the wording of the law was changed to call it a “scientific theory” (see sidebar for details).

I was a member of the standards committee. At the outset, we spent little time worrying about the potential controversy over the teaching of evolution. Instead, our goal was to apply the results of recent research on how children learn science to the state science education standards. Yet when we made public a draft of the new standards in October 2007, it quickly became clear that the debate over teaching evolution would dominate the process.

I am an “evolutionist,” as the opponents of evolution education would say. More to the point, I am a naturalistic scientist in that I believe that my mission as a scientist is to explain scientific observations within the framework of the laws of nature. Yet I am also a Christian, and as such I do not reject the supernatural. I believe in Christ’s resurrection.

The Debate in Florida

The debate over evolution education in Florida was rancorous and presented particular ethical dilemmas for me. For one, a majority of my fellow Christians were on the opposite side of the argument from me—indeed, most Americans are. As an evolution education advocate, I am on the same side as many atheists, including militant “new atheists” like Richard Dawkins, who see evolution education as an opportunity to beat back religion in our society. As a result, I found that I was self-consciously vetting my own statements—both public and private—to make sure I was not denying my faith. I made several brief public professions of my faith during prepared statements, including during my talk before the State Board of Education on Feb. 19 and in an op-ed piece published by The Tallahassee Democrat. I was not alone: many of the other Christians on the standards committee also made their faith known during public meetings and to the media. Members of the public who followed the debate learned that there were several church officers and Sunday school teachers among the advocates of evolution education.

Unfortunately, I was in the minority among Catholics in my defense of evolution. It came as no surprise that according to a St. Petersburg Times poll published this February, a few days before the State Board of Education vote, 91 percent of evangelicals in Florida oppose evolution education. Yet that same poll reported that 79 percent of Catholics also took the anti-evolution education position. This is particularly disappointing given the church’s well-established position in favor of the teaching of evolution. David M. Byers, executive director of the U.S. bishops’ Committee on Science and Human Values from 1984 to 2003, noted this stunning separation between the beliefs of the American faithful and church teaching in an article in America (“Religion and Science in Dialogue,” 2/7/05). He said that the Catholic Church “properly recognizes evolutionary theory as firmly grounded in fact,” but noted that the church’s “educational leadership has been very slow to correct the anti-evolution biases that Catholics pick up from prominent elements in contemporary culture.”

The fact that my opponents in the evolution education debate were almost exclusively my brothers and sisters in the Christian faith imposed certain responsibilities. To quote one of several scriptural injunctions on this topic, “So then, as often as we have the chance, we should do good to everyone, and especially to those who belong to our family in the faith” (Gal 6:10). This meant that my comments—both private and public—had to remain civil at a minimum, and respectful whenever possible. My working assumption was that my opponents were acting on the basis of their deepest convictions, even though there seemed to be a few cynical opportunists on both sides of the debate. Overall my evangelical opponents displayed both a deep commitment to their cause and a basic decency. One of the first people to congratulate me after my talk to the State Board of Education was John Stemberger, president of the Florida Family Policy Council and a fervent opponent of evolution education. Only moments before I spoke, Stemberger had loudly warned the board that thousands of evangelical parents would withdraw their children from the public schools if the proposed standards on evolution were adopted.

In the end, the religious dimensions of the debate made it impossible to craft a resolution that satisfied everyone. Many Christians who were not committed to “young earth creationism” were attracted by the ideas of the intelligent design movement, which holds “that certain features of the universe and of living things are best explained by an intelligent cause, not an undirected process such as natural selection,” according to the New World Encyclopedia, quoted on the Web site of the Discovery Institute, a well-funded think tank formed to support the movement.

Some Catholics in Florida are among those intrigued by the notion of intelligent design. In the weeks following the board of education vote, I heard homilies by two priests who, in addressing the nature and meaning of God’s creation, acknowledged that parishioners held a variety of beliefs about the origin and development of life. But they did not mention the church’s acceptance of modern evolutionary biology. Meanwhile, as of this writing, no Catholic priests in Florida have signed a public letter endorsing the teaching of evolution in public schools, an initiative known as the Clergy Letter Project that has drawn 11,000 signatures nationwide.

This reluctance to take a public stand on evolution is not limited to Catholics in Florida. In June, I was stunned when Governor Bobby Jindal of Louisiana, a devout Catholic and holder of a bachelor’s degree in biology from Brown University, voiced his support during an appearance on CBS’s “Face the Nation” for teaching intelligent design alongside evolution in public schools. It is clear that despite Byers’s urging, the Catholic Church in the United States has not fully addressed the widely held misconceptions regarding church teaching on evolution.

In Florida, as elsewhere, the evolution education debate featured strongly worded volleys between vocal minorities at both extremes, between those who see the scientific clarity of evolution and religious conservatives who claim that evolution promotes moral decay. (If that sounds a little strong, consider this quote from the Truth Project, an educational initiative of James Dobson’s Focus on the Family: “Darwinian theory transforms science from the honest investigation of nature into a vehicle for propagating a godless philosophy.”)

The Discovery Institute has framed the evolution education debate as a struggle over academic freedom—in particular the freedom of teachers to challenge and even disregard the naturalistic approach to science and to argue that the existence of unanswered scientific questions on the origin and development of life provides proof of the existence of God. Politically, it seems prudent for supporters of evolution education to frame a competing vision for teaching science in public schools, one that appeals to many parents and voters in the vast middle ground. These include individuals (and many Catholics) who are neither committed to an anti-evolution position nor convinced by arguments for evolution.

Even though this group does not have strong opinions on evolution, I think they would endorse an educational approach that focuses on two principles: tolerance for students from a variety of backgrounds, including religious backgrounds; and the accountability of teachers and administrators for their adherence to state educational standards and their performance in helping their students learn science. Such a vision of the science classroom might provide a potent moral and political antidote to the dubious assertion that academic freedom should apply to the teaching of science in the K-12 classrooms.

Catholics not convinced by this argument might consider the words of Pope Benedict XVI, who recently called the debate over evolution “an absurdity because on one hand there is much scientific proof in favor of evolution, which appears as a reality that we must see and which enriches our understanding of life and being as such.” Catholics in Florida can also look to the guidance of their bishops. In February, Bishop Thomas Wenski of Orlando published an op-ed piece in The Orlando Sentinel endorsing the teaching of evolution while at the same time rejecting the notion that “evolution requires a materialistic or an atheistic understanding of the human person or of the entire universe.” “The Catholic Church does not have to reject the theory of evolution in order to affirm our belief in our Creator,” Bishop Wenski concluded. “As Catholics, we can affirm an understanding of evolution that is open to the full truth about the human person and about the world.”

Still, the task of educating Catholics on this issue remains a tricky one, not least because it could threaten the strong partnership the church has forged with evangelical groups to advance pro-life causes. (One need only recall the controversy surrounding Terri Schiavo in Florida to remember how powerful the partnership between Catholics and evangelicals can be.) Indeed, when during one of my prepared statements I read a quotation from a church source defending the teaching of evolution, my evangelical opponents expressed great surprise that the church held a position different from theirs.

Evolution education is a national issue, with heated debates taking place in legislatures and state education departments all over the country. The Catholic Church in the United States has an opportunity to lead the nation to a resolution of this matter by educating its own followers about the church’s embrace of modern science. They can also point out to their Christian brothers and sisters, as Bishop Wenski did, that the teaching of evolution need not go hand in hand with a materialistic atheism.

As a physicist and a Christian, I have learned that faith and science need not be antithetical, that a deeper understanding of the natural world can inspire awe at the workings of God’s creation. Yet I have come to this understanding by working within the intellectual framework widely accepted by the scientific community, a framework that includes the tenets of evolution. This framework should also guide the teaching of young people, in Florida and elsewhere. The Catholic Church and its partners in the faith have no reason to fear the results.

Paul Cottle is a professor of physics at Florida State University and a member of the committee appointed by the Florida Department of Education to draft new science standards for the state’s primary and secondary public schools.