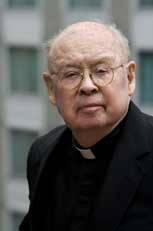 On a summer day in 1933, William Norris Clarke, an 18-year-old from Manhattan, was hurrying along a pier in Cherbourg toward a trans-Atlantic liner about to leave for New York.

Norris, as he was known to his family and friends, had a few months earlier finished sophomore year at Georgetown University in Washington, D.C., and was planning to enter the novitiate of the Maryland-New York province of the Society of Jesus on Aug. 14.

In Paris, Norris had bought a dozen new books and stuffed them into a knapsack. As he ran, one of the satchel’s straps broke and the books skittered across the wharf. Years later Norris’s eyes twinkled with secret glee when he recalled the choice that had confronted him: abandon the books or miss the boat. While he was rounding up the books, the ship sailed without him.

That was the way he told the story, for he would never have blunted a good anecdote by adding anticlimactic details. But, of course, he did secure another passage, and he did enter the novitiate at St. Andrew-on-Hudson in Poughkeepsie, N.Y., as scheduled. When he died on June 10 of this year, he was 93 years old and had been a Jesuit for nearly three-quarters of a century. He was ordained a priest on June 17, 1945, and joined Fordham University’s philosophy department 10 years later. After he was named professor emeritus in 1985, he continued to teach part-time at Fordham and as a visiting professor elsewhere.

Never in all that time did his mind idle in neutral. He wrote eight books, including, most recently, The One and the Many: A Contemporary Thomistic Metaphysics (2000), and some 70 learned articles. He was also a founding editor of the International Philosophical Quarterly. As recently as the spring 2008 semester, he conducted a seminar on “Twentieth-Century Personalism” for some young Jesuits studying philosophy at Fordham.

That was an appropriate topic for a farewell tour, because Norris believed, as he once said, that Thomistic metaphysics needs to be enriched by the descriptions of the actual lives of real persons that phenomenologists provide.

Like most men of his generation, Father Clarke did not talk much about his own innermost life. The confessional style was not his. He preferred to talk about the ideas that struck him as really useful for understanding human existence.

All the same, he would surely have said, using the austere and matter-of-fact phrases of St. Ignatius Loyola, that the purpose of life is to love and serve God by the kindly service of others. His major service was, one might say, “doing philosophy.” That meant more than talking about philosophy in the classroom. It meant really philosophizing when he was teaching and when he was engaged in captivating conversations with the people of all sorts who sought him out.

Now and then in these conversations nuggets of personal history would pop up for a moment. A few samples suggest their flavor.

Father Clarke’s forebears were among the Catholic colonists of 17th-century Maryland. When it was suggested that this made him eligible for membership in the Sons of the American Revolution, he would note with a conspiratorial smile that in the 1770s the descendants of these Catholics were Tories.

As a small boy growing up in Manhattan, Norris attended the same children’s dancing class as David Rockefeller. Several decades later, he studied philosophy from 1935 to 1939 at a seminary set up on the island of Jersey by the French Jesuits after they were banned from France by the secularizing laws of the 1880s. When it came time to return to the United States, war was on the horizon, and it was hard to book passage from England. Norris and two other scholastics (young Jesuits not yet ordained) made their leisurely way to the Mediterranean coast and crossed over to Algiers. Here they not only found a ship to New York but also became acquainted with an obliging Algerian who gave them a guided tour of the Casbah, a quarter off-limits to non-Arabs.

Nearly 70 years later, Norris Clarke made that last journey from which neither philosophers nor anyone else returns to report. Yet there could well be applied to him the words Cardinal Newman chose for his own gravestone: Ex umbris et imaginibus in Veritatem— “From shadows and images into the Truth.” 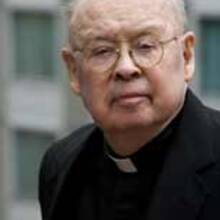 Show Comments (
1
)
Comments are automatically closed two weeks after an article's initial publication. See our comments policy for more.
ELLEN MCGEE PHD
13 years 10 months ago
Reading about Father Clarke brought back fond memories of studing philosophy, especially Plotinus with him. He was truly a legendary teacher in the graduate program at Rose Hill. In the classroom one sensed that his intellectual pursuits were never divorced from spirituality. This was most eerily apparent on the night of the 1965 Northeast blackout when the lights went out at Fordham, and as we later learned all over the city. Unphased, Norris Clarke,without missing a beat,continued lecturing in the dark on the One and the Many. He was truly an amazing professor whose philosophizing brought one closer in the search for the good, the true and the beautiful. Ellen M. mcGee, Ph.D.