Decline and Progress in Africa: A report

Decline and Progress in Africa: A report 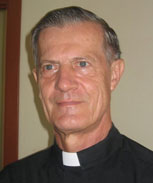 The acclaimed debut collection of short stories by the Nigerian author Uwem Akpan, S.J., Say You’re One of Them, gives readers a chance to see Africa through the eyes of its children. It is not a pretty picture. Critics have praised the book, yet several have also written that they do not recommend it generally, but only for select friends, because of the brutally honest picture it presents. One reviewer concluded that “Akpan reveals Africa’s pain, pity, joy and grace, and comes closer to the truth about modern Africa than the entire outpourings of the Western mass media.”

Recent news from Africa continues to be negative. Robert Mugabe in Zimbabwe, now apparently dictator for life, declares himself president by a ballot box coup d’etat. In Sudan the incumbent President Omar Hassan al-Bashir now faces charges of genocide for his role in masterminding the horrors of Darfur, where 300,000 have been killed. In the Democratic Republic of Congo, an estimated 5.4 million have died in the past 10 years, even though the civil war is said to have ended in 2003. Somalia is ruled by warlords engaging in gang warfare. The Central African Republic has been called a phantom state—worse than a failed one. Fifteen African heads of state have been in power for more than 15 years, and 26 for more than 10.

But positive news can be found as well. Among the 48 states of sub-Saharan Africa, the number with a free press and multiparty governance has risen to 11 from 3 in 1977, according to democracy advocacy groups. The number of nations considered to have no freedom at all has fallen to 14 from the 25 so listed a decade ago. Ghana, Liberia, Burundi, Tanzania, Mozambique and Botswana have all solidified democratic gains in recent years. There is also hope for the unity government of Ivory Coast, with an election scheduled for November 2008. Kenya, after several difficult months in which more than 1,000 people were killed, has returned to a fragile peace.

Ultimately, reform is needed on both the international and national levels. The United Nations has found some success in offering assistance to developing African nations and applying pressure on repressive governments. Its security forces have made a difference in Liberia, Darfur and the Congo. But much depends on whether the G-8 group of nations will live up to its promises of support for debt reduction and assistance with the ongoing AIDS pandemic. In the United States, the Senate’s recent approval of the so-called Pepfar reauthorization act, already passed in the House, will also bring some relief by providing funding to fight AIDS, tuberculosis and malaria around the globe.

On the local level, the African Union can play a valuable role in supporting developing nations; but it remains largely ineffective because of disunity, a lack of resources and uncritical attitudes toward many African leaders. The organization needs to function as the voice of the African people, not simply as the echo chamber of leaders often unconcerned about the welfare of their citizens. “Free and fair elections” can become more than a hope if African election-monitoring groups are put into place on the continent. Constitutional limits on the number of terms of office should be stipulated, and support given to those nations attempting to establish a legitimate system of checks and balances. A positive example is Nigeria, where the Supreme Court in the past year has stood up against the executive and demanded new elections in seven states.

Ultimately, the solution to Africa’s problems must come from within Africa. Africa’s many natural resources, including oil, diamonds, metals and timber, should help the common good rather than enrich government officials. The future must see Africans feeding themselves, implementing a green revolution instead of depending upon food aid from abroad. Education is another obvious but necessary area of concern, especially the education and empowerment of women. Foreign nongovernmental organizations can be part of the solution, but their assistance should not serve as an excuse for local governments to neglect their responsibilities toward their citizens.

Two recent stories coming from Africa point the way to a better future for the continent. First, the world, and African leaders in particular, might try to see Africa through the eyes of its children, as presented in the stories of Uwem Akpan. Second, we can all keep in mind the standard set by Nelson Mandela, who recently celebrated his 90th birthday. Mandela’s rule in South Africa was a powerful example of the good that can be accomplished by a government that serves, unites and then steps down. These two powerful stories from Africa might help all to see the need for and possibility of responsible leadership on that continent.

This article also appeared in print, under the headline “Decline and Progress in Africa,” in the August 4, 2008, issue.