A Visit With Donald McCaig: One writer visits another, whose life is about to change. 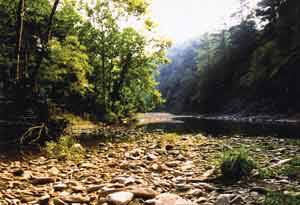 I met the writer Donald McCaig a decade ago on a sheep farm he had created for himself near Williamsville, Va., (pop. 16) in rural Highland County. He had left the tense and competitive ad game in New York more than 25 years earlier. My wife, Judy, and I went for a weeklong stay.

Though not particularly drawn to bucolic settings—with or without sheep—I had noticed a classified ad for a writer’s retreat, a shepherd’s cottage on the McCaig spread, available for $100 per week. The price was right, and I needed a respite from teaching and a chance to recover from my disappointment over failure to place a story collection with a publisher.

At that time, I knew Donald McCaig as a contributor to National Public Radio’s “All Things Considered” but had not yet read any of his books. I learned that in 1971 he had abandoned a lucrative career as an advertising mogul in New York for a dilapidated farmhouse that he and his wife, Anne, restored. There they had set about raising sheep and training border collies. I was intrigued by a man who, unlike many 60s-era back-to-the-land proponents, remained committed to the ideals of the counterculture.

Prior to our arrival, McCaig told us not to expect resort amenities. The place, though adequate, was spartan, he wrote. “It’s quiet here, and if you get down to it, you can get quite a bit [of writing] done.”

Highland County seemed frozen in the 1930s. While we saw no goat carts or horse-drawn wagons, rusted autos rested in farmyards, presumably to be cannibalized for the useable vehicle du jour. Dotted with marginal farms, the region’s buildings and hollow-eyed inhabitants called to mind Depression-era photographs by Walker Evans and Dorothea Lange. “Any farmer here making $10,000 a year is doing relatively well,” McCaig told me.

The rental cottage, a short hike from the Cowpasture River, at the foot of geode-spawning Bullpasture Mountain, had been erected in a pasture full of thistles and tall grass that hid mounds of sheep spoor we had to negotiate on our way to the tiny two-hole outhouse 15 paces from the front door. Masking tape crisscrossed one hole, and affixed above it was a hand-lettered “Out of order” sign that either reflected McCaig’s puckish humor or indicated a real problem. (I never determined which during our stay.)

The cottage was an austere one-room affair with strips of flypaper dangling from the rafters. Aside from the drone of bugs and the gurgling of the nearby river, it was quiet at the farm. We woke each morning to the bleating of sheep and McCaig’s whistling as he coaxed his dogs through herding routines. During the first three days at the cottage, I felt blocked, despite McCaig’s sense that the serenity could elicit production. Apparently I needed to adjust to an absence of ambient suburban sounds—lawnmowers, cars or children at play. Finally I began an essay I would complete upon returning home.

Near the end of the week, I exchanged books with McCaig. He gave me his memoir, An American Homeplace, and I gave him One Shining Season, my book about major league baseball’s one-year wonders. He had declined my offer of The Man From Lake Wobegon, which I had published eight years earlier. “I don’t care to read about Garrison Keillor,” he told me. “We cover the same sort of territory, and I don’t need to know anything more about him. But baseball’s another matter.”

Sequel to Gone With the Wind

Donald McCaig lived a dual existence in New York: a well-dressed adman by day, a habitué of East Village poetry readings and leftist political gatherings by night. He was also a member of Students for a Democratic Society.

After purchasing the run-down farm near Williamsville, he reported his income fell by 90 percent during the first year.

His world is now about to change. In November, St. Martin’s Press will release his new novel, Rhett Butler’s People, the second sequel to Margaret Mitchell’s Gone With the Wind. A surfeit of cash awaits him, as the publisher has ordered an initial print run of more than one million hardcover copies.

Trustees for the Margaret Mitchell estate selected McCaig to write the book after negotiations with the best-selling author Pat Conroy broke down over Conroy’s apparent insistence on more artistic freedom than the trustees were willing to grant. McCaig, perhaps better known for his contributions to “All Things Considered,” was anointed after estate representatives read his own Civil War novel, Jacob’s Ladder.

McCaig has written more than a dozen books, including novels, poetry and nonfiction, and has received noteworthy reviews and honors. Recent photos of him show a 60-something man in a wide-brimmed hat. His mustache is white, as are his striking eyebrows, which resemble those of a sheepdog. I wondered if, despite his preference for border collies, he also felt an affinity for the Old English Sheepdog, the breed most often associated with shepherding, and cultivated that image.

During my stay, McCaig offered writerly advice. “Believe in your work,” he said. “Stay the course. But don’t teach writing if you don’t have to. Your students assume you will mentor them forever, and you could spend weeks every year reading their probably unpublishable manuscripts, and struggle to find graceful ways to tell them that. No matter what you say, and how you say it, they’ll be hurt and angry. In my experience, you’ll avoid this unpleasantness by declining teaching gigs from the get-go.”

This was advice to which I did not hearken, and of course McCaig was right. Years after I stopped teaching creative writing, I continue to receive correspondence from former students requesting reactions to books and other pieces they have written, along with the anticipation that I will recommend an agent or a publisher for the material.

Donald McCaig may no longer deal with former students. Rhett Butler’s People presumably will make him rich enough to engage a secretary to dispatch form letters like: “Because of the extraordinary demands on his time, Mr. McCaig regrets he is unable to undertake evaluation of your manuscript.”

I wonder though, as he draws considerable national attention and wealth from Rhett Butler’s People, if he will feel comfortable at his homestead in the placid, impoverished environs of Highland County.

Michael Fedo, the author of seven books, including The Man From Lake Wobegon and One Shining Season, lives in Minnesota.