Skip to main content
Of Many Things
September 24, 2007 issue 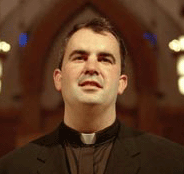 The advent of a new school year reminds every instructor of the persistence of certain catchphrases, clichés and verbal chestnuts much beloved by students and inspires wonder at the sheer staying power of some of the more curious idioms in the collegiate patois. Resurrected again this fall, for example, is perhaps the most shopworn phrase since “the dog ate my homework.” It’s the one heard so often when a young person responds to a question about his or her personal beliefs: “Oh, me? No, I’m spiritual, but not religious.”

It’s a lovely sentiment, but what exactly does it mean? Rarely what it says, to be sure, for both spirituality and religion in such a formulation are defined in ways probably unrecognizable to any serious practitioner of either. Perhaps the modern-day Meister Eckhart and Julian of Norwich really are in the student lounge watching “The Secret” or reading Eat, Pray, Love. But I doubt it. My suspicion is that the phrase cheapens the meaning of both religion and spirituality, and in the case of the latter actually hijacks the authority of spiritual traditions thousands of years old.

One must be compassionate, of course. Many fans of such a phrase are at the beginning of a long journey of knowledge and self-discovery, and it is useful to remember the regrettable things one did and said in the folly of youth. I distinctly recall a month during my freshman year in college when I never wore shoes. I also have vague memories of a high school afternoon spent lecturing a Jesuit priest on the similarities between the cult of Christianity and the myth of Santa Claus. No doubt I bored him to tears, but he was thankfully a man of few words, listening to a child of many.

A further complication is that rara avis who really means it, the young person for whom the longstanding traditions of spirituality, either in the East or West, actually play a significant role in daily life. I was once taking a classmate at Columbia University to task for employing the language of spirituality as an alternative to religion when she coolly informed me that she yearly attended a 10-day Vipassana retreat, in which she sat lotus-style in meditation, staring at a wall for 12 hours a day, and so had little interest in a lecture on superficiality.

And yet when I hear students speak of being “spiritual but not religious,” it still sticks in the craw. Yes, I know, the great Buddha was spiritual but not religious, but so was my erstwhile college roommate with the medical marijuana prescription; both approached something they called nirvana. Too often, the phrase implies the smug abandonment of a naïve religiosity in favor of a more sophisticated understanding of the universe, when in fact the reverse may be happening—someone is making an uninformed surrender to the silly wind blowing at the moment, a capitulation to what Pope Benedict XVI denounced as “the dictatorship of relativism.” You’ve got your religion, fine; but me, oh no, I don’t judge. And I’m better than you for it.

Sometimes the phrase also means something relatively harmless, that perhaps “football games are televised at the same time as Mass,” or “you have no idea how embarassing my parents are in church,” or even “I now live in a city where the bars are open until four in the morning on Saturday nights.” And no doubt the expression sometimes allows a young man or woman to retain deeply held beliefs while avoiding the public impression that maybe they’re just a little too churchy to be any fun. Then there are the students who explode the dichotomy, who are both, as their religious faith helps them move into a deeper spirituality that builds on and informs their pre-existing religious views.

Ultimately, however, I suspect there is another reason for the popularity of the phrase. Too many of us have internalized the tiresome commonplace of our contemporary culture that “religion” is the province of all things narrow-minded, dogmatic, intolerant, fanatical and old-fashioned, whereas “spirituality” encompasses that which is open-minded, meditative, reflective and tolerant of all creeds. Unfortunately, so defined, the latter is also inclusive enough to embrace all that is amoral, directionless, apathetic, slothful, banal and pernicious to the human spirit. Given the choice, I’ll stick with what got me this far and continue with my current riposte whenever the subject comes up: “Oh, me? No, I’m religious, but not too spiritual.”

This article also appeared in print, under the headline “Of Many Things,” in the September 24, 2007, issue.

James T. Keane, S.J., is an associate editor of America.