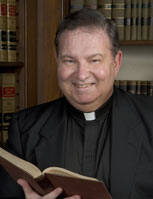 Just as this time of the year involves picnics and beaches, so May seems to be the time for installations and things, things like graduations, first Communions, confirmations, even retirements. All of these figured in my family’s doings this year. Being part of these celebrations provided a welcome respite from the streams of bad news globally. Two of them stand out in my mind and memory because of what they evoked.

The first was at St. Gabriel’s Church in Riverdale, in New York City’s borough of The Bronx. I had been there before, often, since confirmation comes some years after baptism and first Communion. This time Michael Eugene Patrick McSweeney was being confirmed with his school class of 30. The proceedings were conducted with the precision of a 1950’s May procession, but with none of the attendant anxiety of those days. The whole mood was the perfect mixture of seriousness and joy, in no little part thanks to the celebrant, Bishop Dominick Lagonegro, a fellow seminarian of the pastor, Msgr. Thomas Kelly. His personality is as expansive as his piety is genuine. It was clear that he considered this day to be as much a “big deal” as the kids did. All elements of the liturgies for both sacraments were conducted with care and very engaged empathy with each student. Afterward, the bishop was in no rush and sat for pictures for an hour. Little brother Liam Dennis McSweeney can be seen in one holding the crozier like a hurler. This confirmation took place during a regular Saturday evening Mass, and the influx of admiring relatives and more than usual length seemed not to disturb the parishioners. Quite the opposite: most of them stayed on for the reception. Many of those who spoke to me bragged—I have to call it that—about the parish, the school, the pastor and the principal. This came as no surprise. The principal, Deborah Pitula, had told a similar crowd at a kindergarten graduation some years ago, “We believe that our most important task is handing on our faith.”

It used to be said with respect that this or that religious was a “living rule,” meaning that if the rule of the order were to be lost, it could be rewritten by observing that woman or man. I’d have to assert that St. Gabriel’s is a “living parish.”

On to the next day, for some native air in the Philadelphia suburbs. This time the occasion was a baptism for Hayden Pedro Kelly, in from Chicago with his entourage to be greeted by an even larger local one, members of St. Philip Neri parish in Lafayette Hill, Montgomery County. There we were welcomed by Msgr. Charles Vance, who might have been a clone of Msgr. Thomas Kelly in his graciousness and efficiency—and in his pride in his own “living parish” and delight in his parishioners. It is no secret that the feeling is mutual. My brother and sister-in-law were the godparents and assumed the obligation of looking after older brother Declan Pablo Kelly during the proceedings. Then we all repaired to an inn, also named Lafayette, where our server’s name was Kelly!

After a weekend of “enough religion to last until Labor Day,” as someone said, I was taken to ponder the words of Deborah Pitula at the graduation that our task is handing on our faith, and to reflect on the role of the two exemplary pastors I’d been with.

As in all cases, grace builds on nature, and I thought of the vocation and formation of both men: St. Joseph’s Seminary, Dunwoodie, N.Y., for Tom Kelly and St. Charles Seminary, Overbrook, Pa., for Charlie Vance. War stories about both places are common clerical currency, perhaps especially among the most faithful alumni. They and their classmates were formed in an atmosphere of intellectual rigor and love for the church—not for the church as an abstract concept, but for the church of the people whom they were preparing to serve. Now, as they perform the service for which they were prepared, their inborn courtesy and humility have led them to gather around them willing and enthusiastic partners in the task of handing on our faith.

Both parishes have vibrant schools and religious education programs; parishioners are active in the ministries, and they have a palpable sense of ownership in the community. I thought of the 1950’s May processions, when the church seemed powerful even though it was, in some places, glacial and remote. And I decided that I like this incarnation more, with thanks to Tom, Charlie and all like them who labor tirelessly in the vineyard to hand on our faith.

Dennis M. Linehan, S.J. is an associate editor of America.

Show Comments (
1
)
Comments are automatically closed two weeks after an article's initial publication. See our comments policy for more.
MICHAEL HESS
15 years 1 month ago
I enjoyed the article a great deal. Recently I have witnessed liturgies where the manner of celebration makes the liturgy distant from the people of God. Likewise the celebrants appeared to have no personality. Thus it appeared that they did not put themselves into the celebration. Some celebrations of the Eucharist come across as private devotions instead of community celebrations.