I have often wondered about the long-range value of writing, whether books or articles. It is certainly true that some novels and non-fiction works have shaped my own life, as I was recently reminded when a community of graduate students and professors traded the titles of books that were transformative in their lives. But the deepest impact on a person’s life, it still seems to me, is made by encounters with other persons. A new twist on this little mystery happened for me last summer. It took the form of this question: What happens when you read something written by or about people who also strongly influenced you long before the book was written? For me, it made my summer, and it reconnected me to friends who have graced my past.

When I went to Houston to give some talks on the first anniversary of the terrorist attacks on Sept. 11, there was only one place I really wanted to visit. It was the Houston Catholic Worker, Casa Juan Diego. I had heard of Mark and Louise Zwick’s uncommon service to the poorfinding jobs, enlisting generous physicians and dentists to help those without insurance, providing food and housingand I was also inspired by their philosophically nuanced, radically Christian, radically Catholic newspaper. I thought that meeting them might be like meeting Dorothy Day again, a return to those days when she set so many hearts on fire while visiting Jesuit scholastics in Saint Louis. It was. And I regretted the fact that I could be with Mark and Louise for only an hour.

The regret is over. I now have their book, The Catholic Worker Movement: Intellectual and Spiritual Origins, to remember fondly not only my brief time with them and a one-day encounter with Dorothy Day, but also the great cloud of witnesses from St. Francis of Assisi and Teresa of ávila to Dostoevsky, Emmanuel Mounier and Peter Maurin. The book reminds us that we have not lost them all. They inhabit our hearts and lives. And we can only hope that their spirits are cherished in every Catholic Worker community in the country.

I took The Catholic Worker Movement for spiritual reading during my yearly retreat. The book I used for my guide, however, was The Call to Discernment in Troubled Times, written by Dean Brackley, S.J. Dean could have had an easy life like mine, but the moment he heard of the martyrdom of Jesuits and their associates in El Salvador, he volunteered to teach at the University of Central America. He took the place of an assassinated Jesuit friend I had known from Rome, Ignacio Ellacuría, to work alongside another brother from my seminary days, Jon Sobrino. The memories came flooding to me as I followed Dean’s instructions for the retreat; but they did not diminish the power of his integration of faith and justice, his fidelity to the Spiritual Exercises, his wisdom in discernment. The stirring foreword, written by the copy editor who had been brought from unbelief to faith by her work on the book, is a wonderful testimony to the power of the written word.

One Jesuit with whom Dean Brackley teaches is Jon Sobrino. Jon was the pre-eminent scholastic when I was in training. He had mastered Aquinas, just as he would later master the many theologians of the modern world. His writings have inspired and consoled countless people, I am sure, but his most recent work, Where Is God: Earthquakes, Terrorism, Barbarity, and Hope, helped me face the demons of the world, just as Dean helped me face my interior demons. Sobrino’s is a pure heart and a laser mind. He consoles, but he troubles. He leads us into the mystery of redemption, but he exacts a painful honesty. For North Americans, the invitation he makes is welcome but troubling. We should read this work not only for our edification, but also for our reform.

People like Dorothy Day and Jon Sobrino enkindled the zeal of a luminous student with whom I once worked, Mev Puleo. When she died of brain cancer in her early 30’s, I was the celebrant at her funeral Mass. As is the case with those who are so close to me, I remember almost nothing of the time of her diminishment and the commemoration of her life. I grasp for threads of memory, scrounge for occasions that I can see her face or hear the tone of her voice. I search for sounds and sights, of her voice before she lost it, of her bountiful hair before it fell away, of her bright eyes before they grew dim.

Then her husband and widower, God bless him, decided to write of her, to share their life, to unveil her years. Mark Chmiel brought it all back to me in The Book of Mev. Mev Puleo was stunning, uncommon in speech, rare in imagination and singular in her love of life and commitment to justice. Her husband’s book helped me remember. Dismembered, I was put back together by him, re-membered in my memory. And she lives, now not only for me, but also for others who were not graced by her presence.

It may be that the greatest books are in some way the deepest revelations of personal life. Now, when I think back on those earlier writings that were transformative for me, whether gifts from Dante, Dostoevsky or Anne Frank, it seems I actually came to know those people. I may never have met them, but by their word, even in lowly print, they live with me as a holy presence. 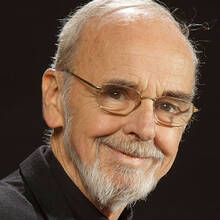 Show Comments (
1
)
Comments are automatically closed two weeks after an article's initial publication. See our comments policy for more.
15 years 11 months ago
Many thanks to John F. Kavanaugh, S.J., for his Ethics Notebook column, “Books and Persons” (10/24). It was an inspiring, evocative reminder of the transformative impact that the persons we encounter in life and in books can have upon us.

His reflections on reconnecting with people who had strongly influenced his past life as a result of reading recent books by or about them were deeply insightful and wonderfully revealing of our graced interconnectedness with others across the years and even beyond death.

Having read the most recent book of Jon Sobrino, S.J., Where Is God? Earthquake, Terrorism, Barbarity, and Hope, I felt drawn into Father Kavanaugh’s memories of Father Sobrino in an earlier time as well as his appreciation of Father Sobrino’s timely challenge in his latest work to reflect honestly on the deeply troubling tragedies of our time and to open ourselves to be both consoled as well as converted.

The other persons and books reflected on by Father Kavanaugh were equally soul-stirring. His moving testimony to the transformative power of the written word is an important reminder that we are indeed surrounded by a great “cloud of witnesses” on every side as we “keep running steadily in the race we have started.”