The editorial “Obama’s Scandal” (10/22) begs for response. I am personally aware of the pressures on the editorial board—financial, civil and ecclesiastical—in this confounding election season. Nonetheless, why Guantánamo a week before the election? Why no mention of Mr. Obama’s executive order “Ensuring Lawful Interrogations”? Why no mention of the administration’s attempts to move the prisoners to American soil—stridently repudiated by public opinion? Why no mention of attempts to bring the cases before U.S. courts—bullishly rejected by several courts?

You note that Mr. Latif was cleared “multiple times” between 2004 and 2008. Why “Obama’s Scandal” and not “Mr. Bush’s Scandal”? You point out that Americans are complicit by indifference, and “we have failed to acknowledge and repent of our sins.” Why not “Americans’ Scandal”?

A summary question, urgent but not cynical: Why didn’t the editors just go ahead and endorse Mr. Romney? The new editorial board’s early work is starkly disappointing.

If my Jesuit community did not subscribe to America, I wouldn’t. Yet partly because I am a Jesuit, and partly because I find one or two good articles in every issue, I still read it. “Deliver Us,” by Anna Nussbaum Keating (10/22), on the sacred moment of giving birth, should be in the hands of every prospective Catholic mother.

But there is so much that is bad, or at least off-putting. So much attention is paid to women’s complaints (see “Why Not Women?” by Bishop Emil A. Wcela, 10/1). It is the mischief of “liberal” Catholic magazines like America to sow these seeds of discord and put ideas into the minds of their readers.

The editors have surrounded themselves with yes-men and yes-women; it is all too apparent in letters to the editor. But don’t you realize that flattery is the sure sign of a false prophet? So if I refuse to flatter you in this letter, I wonder if it will be accepted for publication.

Becoming Who I Am

Re “Whiskey’s Wisdom” (10/8): When Margaret Sill writes, “God is constantly distilling the essence of who I truly am,” I think of the story of Rabbi Zusya, who said on his deathbed that God was not going to ask him why he was not more like Moses, but why he was not more like Zusya. I’d like to get to that kind of essence someday. At the very least, I’d like to simplify. The metaphors of water, barley and yeast help. The image of whiskey just sitting in a cask also helps; I don’t have to do anything, just let life and the Spirit happen. And it really helps to think of all the waste (up to 25 percent) as an “angels’ share.” Wonderful images. Thank you. I’m going to use your article in an older-adult Sunday school class.

Re “A Change of Season,” by Robert J. Nogosek, C.S.C. (Web only, 10/1): Vatican II was a much needed look at who we are as a church, what we believe and what that means in our current times. When one actually looks at the documents, their beauty and value are hard to dispute. The account by Father Nogosek actually highlights the work of the Spirit in the council despite human weakness. Fifty years later we are only beginning to see the full implementation of the council. Pope John Paul II and Pope Benedict XVI, each in his own way, have made it their mission to implement the council.

Those of us who are most involved in the life of the church need to make more of an effort to understand what the council documents actually contain and cooperate with our leadership, both lay and ordained, to continue to make the vision of the council a reality.

Re the “Moral Theology Today” issue (9/24): Many American theologians and the Congregation for the Doctrine of the Faith appear to be ships passing in the night. The theologians are claiming for themselves the unlimited right to “explore” doctrines by the simple magic of declaring them questionable. This vision of theology is relativism on steroids.

The C.D.F. is saying to the theologians that once they step outside the realities described by fundamental, settled doctrine, the exploration itself is destructive. This is because theology done publicly in the name of the church cannot be separated from catechesis. The world perceives it as catechesis, regardless of the theologian’s intent.

Doctrine matters. It is the wellspring from which come the ideas we live by. But if the wellspring is closed off in favor of passing showers, the earth becomes barren and the spirit starves. The theologians are becoming Icarus. They need to recognize that the earth is a fixed point and return to it.

Having read America’s religious education issue (9/10), I realized that the perspective of a younger person (I am 17) might be advantageous in bringing about necessary changes in religious education. As a Catholic student in a public school system, I am surrounded by atheists, agnostics and nonpracticing Catholics. I have an intimate knowledge of why people my age choose not to be Catholic.

The church needs to give young people good reasons to be Catholic: first, by encouraging young Catholics to find an answer to “What is the purpose of human life?”; second, by highlighting the faith of its devoted followers, which will perplex the staunchest atheist; and third, by discussing morality in religion classes to help people understand that morality is universal and objective. One of the main purposes of Catholicism is to make it easier to be a moral individual, so any person who wants to be moral should also want to be Catholic. If we do these three things, we will create the next generation of Catholics who will bring the Catholic Church closer to the perfection to which God calls us.

1
The only Trappist brewery in the U.S. is closing (and IPAs are to blame)
John W. Miller
2
Nancy Pelosi responds to being barred from Communion: I respect pro-life views but not ‘foisting them onto others’
Michael J. O’Loughlin
3
How America Sold Out Little League Baseball
John W. Miller
4
Gun Control is a Pro-Life Issue
James Martin, S.J.
5
NBA legend Dwyane Wade tells Jesuit college grads: Solitude and self-awareness are the keys to success.
Jim McDermott 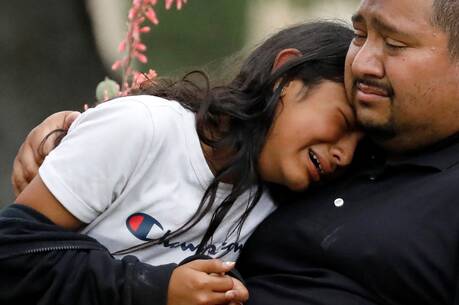 Pope Francis prays for Texas shooting victims and calls for stricter gun control
“With a heart shattered over the massacre at the elementary school in Texas, I pray for the children and adults who were killed and for their families,” the pope said.
Cindy Wooden - Catholic News ServiceMay 25, 2022