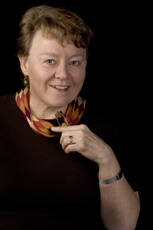 In the past, magazines and books were understood to be collaborative, communal creations, except for small self-published works. Yes, Thoreau penned his journal entries in the privacy of his hand-built hermitage at Walden Pond, and the redheaded recluse Emily Dickinson wrote and locked away in a chest thousands of her poems. But neither Walden nor Dickinson’s volumes of poetry were published until other people, including a couple of editors, intervened (including the editors who botched her early poems).

Editing isn’t the oldest profession, but editors have been around for ages. Scripture, for example, has been redacted over thousands of years. And the edited library we call the Bible (or “divine revelation,” as though it were a single message streamed from above) still keeps editors employed.

To authors, editors may be many things: instigators who invite them to create a work; coaches who encourage the “baby” through the birth canal; publishers who ensure that a work sees the light of day; and agents who promote a work, sometimes in multiple formats in order to spread the author’s message. Editors are also judges, rightly or wrongly rejecting a work they deem inferior, inappropriate, redundant or untimely. An editor’s suggested changes aim to help both the author and the reader communicate better and more effectively. Why should you care, dear reader? You reap the benefits.

Yet an editor’s partnership with readers is seldom understood. That’s because the editor’s work takes place before publication on the reader’s behalf. When editors ask authors questions, it is in their capacity as the reader’s stand-in. If an editor finds a passage to be unclear, the logic goes, then some other readers will also probably find it unclear. The more editors who weigh in, the better the piece. At America, we edit each other’s work—what we write and what we edit. This process of quality control also teaches editors humility, a spiritual virtue. So does the simple fact that no matter how hard an editor works to improve or distill a manuscript, the reader benefits and the author gets the byline and the credit.

That can make editing seem like a thankless labor—thankless, but vital. As an editor for nearly 30 years, I have read thousands of manuscripts both before and after publication. I have seen the enormous improvement good editing makes. When I started working as an assistant editor at Commonweal in 1984, I had no editing experience. But I worked alongside editors who could see the value of good ideas, even when expressed in a less than felicitous style. We editors transformed those pieces. That same invaluable service remains part of what we at America call our media ministry.

There are other spiritual elements of editing, like being open-minded toward unsolicited material and assessing fairly the work of any author—unknown or well known. Editors have to read empathetically and critically. As a listener I do all I can to follow a writer’s story, argument or insight, while suspending my own biases. As a critic I ask questions, challenge assumptions and play the opposition. Editors have to practice discernment about what to publish when and learn to negotiate respectfully with authors. This can be tricky in the pressure cooker of deadlines and controversy. It takes patience. To serve readers, an editor must understand their interests, reasons for reading, education and background. Editors also have to mentor young writers/editors with talent and substance to communicate.

Why play this backstage role? Maybe because it is a miracle play we are staging. What else do you call reading and writing—those squiggles on a page that transmit what lies deep in one person’s mind and heart to millions of others across culture, time and distance?

Re: “Of Many Things” (9/24): Karen Sue Smith brings our attention to the state of humility experienced by a writer in the editorial process. I would add that an editor must also be subject to this spirit in deciding what issue is brought to light in the review of manuscripts. An argument that seems confusing or irrelevant to an editor might, in actuality, enlighten a narrow group of readers and advance scholarship in ways that cannot be imagined. In exercising her power, an editor must take care not to judge writers; for example, an “unknown” author may in fact be an experienced writer published extensively under a maiden name. Conversely, an editor must sometimes defer to a “well known” writer with faultless judgment acquired from decades of experience. At issue is an editor’s judgment in the suppression of ideas, an undesirable consequence for society as a whole. The “miracle play” of which Ms. Smith writes is staged when the “ministry” of ideas behind mere “squiggles on a page,” no matter how inferior as deemed by an editor, are allowed to flourish, even if they impact only one life.