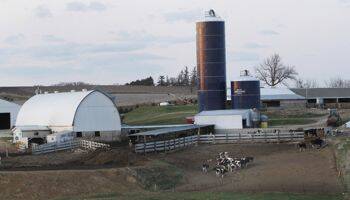 A proposed $16 billion cut in the nation's Supplemental Nutritional and Assistance Program is "unjustified and wrong," said a joint letter from the chairman of the U.S. bishops' domestic and international justice committees, leaders of Catholic Relief Services and the National Catholic Rural Life Conference.

"A just farm bill requires shared sacrifice by all but cannot rely on disproportionate cuts to essential services for hungry, poor and vulnerable people," it said.

The letter critiqued the Agriculture Committee's Federal Agriculture Reform and Risk Management Act. The full committee was meeting July 11 to consider the more than 100 amendments to the measure; a vote had not been scheduled as of mid-day. The bill must pass out of committee before the full House can consider it.

The Senate passed its version of the farm bill in late June; it contained only $4 billion in SNAP cuts, which Senate Agriculture Committee members said could be achieved by rooting out waste, fraud and abuse.

Any differences between the House and Senate versions would have to be resolved by a joint House-Senate conference committee. The current farm bill expires on Sept. 30.

The letter from Catholic leaders lauded the House Agriculture Committee's work on international food security and development, saying that it "wisely allocates" $400 million annually for Food for Peace non-emergency programs to help combat the underlying causes of long-term hunger in the poorest countries.

And, while criticizing the SNAP cuts, the letter said an increase in Emergency Food Assistance Program funding "will help churches, charities and food pantries serve hungry people in our communities."

It also called the proposal to eliminate direct payments in farm subsidies is "a positive step." Agriculture subsidies, the letter said, "should be reduced overall and crop insurance should be targeted to help small- and medium-sized farmers, especially minority-owned farms, over larger industrial agriculture."

Government resources, it added, "should help those who truly need assistance and support those who comply with environmentally sound and sustainable agriculture practices. Savings from reductions to agricultural subsidies should be used to support hunger and nutrition programs that feed poor and vulnerable people."

"The farm bill affects us all, but most significantly, those who are hungry, living in poverty, and those trying to maintain farming as a viable way of life," the letter said. "We join other Christian leaders in insisting 'a circle of protection' be drawn around essential programs that feed poor and vulnerable people, serve small and moderate-sized family farms, promote stewardship of creation and help rural communities both at home and abroad prosper."