Comfort My People: A gathering for grieving families

Comfort My People: A gathering for grieving families 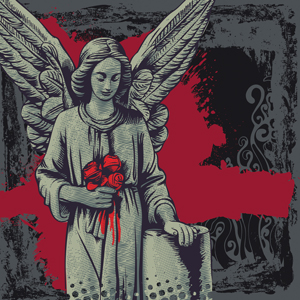 Rain and snow mingled on the last Saturday of October 2011. The day was gray and somber. I spent a portion of it writing names on pale green cards, each of which had a sketch of a god-figure holding someone in a welcoming embrace. What had begun as a chore became a tender task. As I wrote each name, I thought of the named ones’ mothers, at the time each awaited the birth of a precious child. I imagined their expectations for this new life—its future joys and sorrows. On the next day those very mothers would accept and wear these cards at a service for families and friends of murder victims.

This is the 15th year the Cherish Life Circle of the Sisters of Mercy and Safe Horizon Victims Services have welcomed grieving families to such a gathering. In the early years we met in Brooklyn churches. For the past 10 years we have used the auditorium and chapel of the Convent of Mercy. The building, begun as a motherhouse and orphanage in 1862, now houses Mercy Home. This agency, which oversees 13 supervised residences and a wide range of support services for developmentally disabled men and women, is the descendant of that 19th-century orphanage. During the week the building is alive with staff and day programs. On many weekends the building is empty. It is a perfect place to extend comfort to those who grieve.

The laypeople, priests and sisters who make up the nine members of the Cherish Life Circle offer hospitality and consolation to all who come to the service, some every year, others for the first time. All are given cards on which to write messages to those taken from them or perhaps a prayer to God about their troubled hearts.

This fall about 70 of us gathered to remember 22 victims through their relatives and supportive friends. After refreshments and table conversation, we offered all present an opportunity to share their personal experiences of loss, if they wished to do so. Eventually almost everyone spoke; the mourners who spoke Spanish were offered an interpreter.

One of the first to respond was filled with rage and a desire for revenge. From her wheelchair she described the way her 33-year-old son and caregiver had been slain five months earlier. She said the four killers who broke into her home were not unknown to her. They lived across the street. With a gun to her head and a knife to her throat, she was forced to watch them slaughter her son, from whom they were demanding drugs he did not have. As he cried out, “Why are you doing this?” they stabbed him to death. Then they mutilated his body. The distraught mother managed to call 911. The police arrested the four, and all are awaiting trial.

“I want to do to them what they did to my son,” she cried. “I want them to suffer and die like he did.”

In all our years of holding these services, we had never heard so brutal a story or such a passionate call for revenge. This was not the time for pious correction. We waited.

It was not long before another mother, whose son had been murdered six years earlier, responded to the woman’s misery. “Your suffering is so awful and so fresh,” she said, “it would be hard for you to believe this, but it will get easier in time. Don’t allow those killers to destroy you too.”

Another mother told of the three men who had killed her son. Two eventually met violent deaths; the third was incarcerated for life. Justice finds its way to the criminals, she reasoned.

A third counseled that in the end, God provides the only real justice. “Try to pray for the ones who killed your son.”

A fourth cautioned, “Don’t e ven think of wanting to do to them what they did to your son. That would turn you into a terrible person. You’ve got to let go of the hatred or you’ll never have peace.”

Most of those who shared their sorrow and the wisdom that grows with the years were women mourning sons. A few said they wait all year for the chance to return to our service. They are grateful for the comfort and peace it offers.

This year a young man who works for an emergency medical service in the Bronx joined the group. He was stressed out from witnessing the deaths of so many victims of violence. His way of coping, he said, was to run, run and run.

When the stories ended and tears were spent, the names were called and individuals came to accept and wear over their hearts the card that identified the person they mourned. Then we all walked together to the beautiful chapel, a place that has heard thousands of prayers for over 100 years.

The ritual there included hymns popular in black congregations, a communal praying of the 23rd Psalm and readings from the prophets Isaiah and Jeremiah regarding the importance of names to the God who calls us “with an everlasting love.” A speaker gave a brief, touching reflection in English and Spanish after the readings. Ordinarily the speaker has either had a loved one murdered or has been a source of comfort to many who have suffered so great a loss.

Then, with the lighting of a paschal candle, the names of the dead were intoned. Two of our group escorted the name-bearers to the sanctuary. Along the way each deposited his or her message in a glass bowl, accepted a red carnation, proceeded to the altar steps and faced the congregation. They heard a prayer and pledge of remembrance, received a blessing from the onlookers and returned to their seats for the final blessing.

And so we do year after year and are blessed and inspired in return.

Show Comments (
2
)
Comments are automatically closed two weeks after an article's initial publication. See our comments policy for more.
Therese Randolph
8 years 6 months ago
Thank you, Camille, for such a tender, sad, and inspiring article. I trust your sharing of these stories will nudge us all to a greater sense of outrage with all the violence in our culture. And a greater sense of the need for reconciliation in our own lives.
Lisa Weber
8 years 6 months ago
What a wonderful ceremony!  Thanks for sharing the story.
Advertisement

This article also appeared in print, under the headline “Comfort My People,” in the March 12, 2012, issue.

Camille D’Arienzo, R.S.M., a member of the Mid-Atlantic Community of the Sisters of Mercy of the Americas, is a past president of the Leadership Conference of Women Religious.