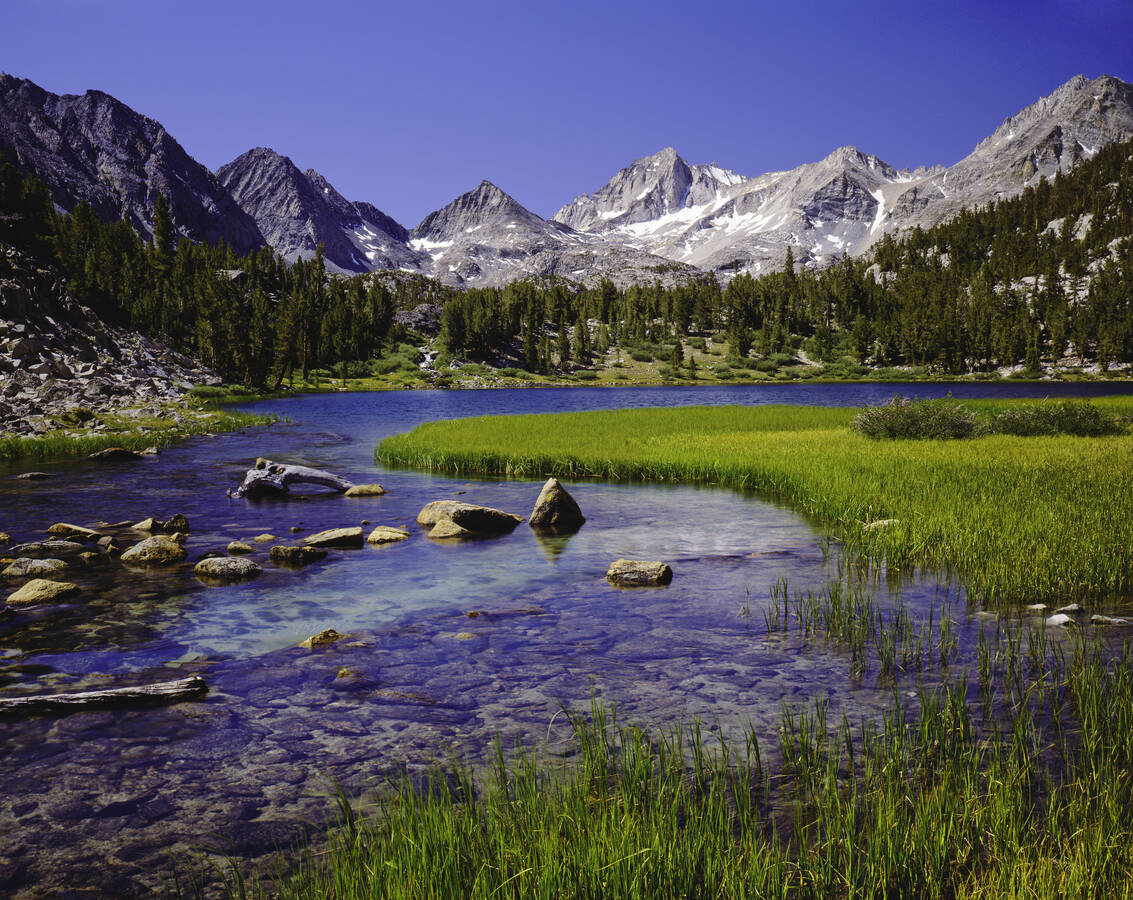 Into the High Country

The days were lengthening. Daylight itself seemed brighter. The sap was rising in the trees, and with it I felt the wanderlust rising in me. As a boy, the change of seasons was an invitation to head out into the woods, leading us to the Catskills or Adirondacks at least once a season. In the summer, we would often camp and hike for a week at a time. For 25 years, since teaching in Berkeley,wanderlusthas taken me to the high mountains of the West: to the Sierra Nevada, California’s Trinity Alps, the Wind River Range in Wyoming, the San Juans in Colorado. In the best years, it has meant three weeks outdoors for retreat and vacation.

Don Gelpi, S.J., an emeritus professor at the Jesuit School of Theology at Berkeley, Calif., is the soul of these expeditions. In the 1970’s, when a superior of the Jesuits’ New Orleans Province instructed his workaholic men to take two full weeks of vacation, Don and several of his province brothers began camping for their vacation. Gradually the camping morphed into backpacking. Over the years others, like myself, came to join that merry band, who styled themselves “the Cheerful Charlies.”

The mountains hold natural triggers for prayer. Each of us seems to have his own. For me it is flowing water.

At Berkeley, Don became a kind of outdoor guru—he had helped found the Institute for Spirituality and Worship at the Jesuit School of Theology at Berkeley—sponsoring Saturday day hikes and wilderness weekends for J.S.T.B. students. When I joined the Berkeley faculty, I did it all. But my favorite has always been the wilderness retreat.

My first retreat came at the end of a very snowy winter in the Sierra Nevada. Because of the deep snowpack, we were not able to go to the Sierra that June. Instead, we climbed a peak in the northern California coastal range called Snow Mountain. It was well named. After climbing through arid semi-desert, at 6,000 feet we entered an arboreal zone where snow still lay on the ground. Not far from camp the snow stood 10 to 12 feet deep. In the course of the eight-day retreat, it virtually disappeared.

The retreat routine was simple. Each day after morning prayer, we would tell one another where we planned to hike and spend the day. Then each of us would set out on our own to read, meditate and pray. Late in the afternoon we would gather again for Mass and during the homily share our prayer experiences and receive words of advice and encouragement from the brethren. After dinner, there would be a quiet hour or so in which to write in our journals, seek spiritual direction, hold one-on-one spiritual conversations or pray again. Then before retiring, we would gather round a fire to chat and watch the stars.

It is a formula that has worked marvelously for me. Though God’s grace is always there, even in steamy urban climes, no retreat house or monastery can compare. Why does the wilderness retreat work so well? Over the years I have speculated that the exercise, the sparse diet (mostly freeze-dried foods), the fresh air and sunshine, and the solitude all free up the imagination for prayer. As we tease in our mock Aristotelianism, they clear the mind of “phantasms.”

Even more, the mountains hold natural triggers for prayer. Each of us seems to have his own. For me it is flowing water. I head to the water, especially when prayer is difficult, and the consolation comes. Others are inspired by trees, especially big, old-growth timber. John Stacer, one of the veterans of these groups, is deeply attached to mountaintops. One year when we shared a tent, Johnny left at two in the morning to bushwack to a summit he had never climbed before and sat there all day, like the Buddha in contemplation, until it was time to return.

On a pre-profession retreat in 1989 with then Holy Cross novice Dan Groody, the early arrival of the monsoon rains in the San Juans kept me close to camp. Our camp in Triple Ute Pass sat at 11,000 feet, and by hard experience we learned our daily solo hikes would expose us to lightning as well as cold, drenching rain. So I sat down to pray on a boulder in a field of wildflowers near camp. In that setting, the decision to pray on Jesus’ sermon on “the lilies of the field” came naturally; and then the prayer came on like a torrent, bringing with it an abundance of peace.

After you have spent a few days at prayer in the woods, animals do befriend you.

I did not know it then, but I was being prepared for an exceedingly difficult year ahead. Rocky Mountain wildflowers were teaching me Jesus’ lesson, “Do not worry....” After such experiences, I am not tempted to regard St. Francis of Assisi’s Canticle of the Sun as a work of romantic religious poetry; I know it is the soul’s very song.

The wilderness brings other special encounters too. The legends of holy hermits are filled with accounts of their befriending animals. St. Jerome is supposed to have taken a thorn from a lion’s paw. Francis preached to the birds and tamed the ferocious wolf of Gubbio. After you have spent a few days at prayer in the woods, animals do befriend you. Sometimes they carry on as if you were just part of the landscape, but at other times they can invite you into their world.

A couple of years ago, at Mount Lassen in northern California, a doe and I startled each other as she bounded into the lakeside clearing where I was writing in my journal. The next day she returned with two fawns. By early afternoon, as they browsed, the fawns came up alongside to get acquainted, sniffing me up and down. We four kept close company for more than half an hour.

William Faulkner knew of what he wrote in his novella The Bear, in which an old Indian guide tells the young Ike McCaslin that to see the legendary bear Old Ben, he must leave behind his rifle and compass and walk into the deepest part of the forest. In a contemplative mood, with no weapons and in no hurry to move on, the wilderness retreatant acquires a special familiarity with God’s creatures. For others they are legends; for us they are annual encounters.

Many years I return from the wilderness with graces that carry me another month or two more. Once or twice they have taken a year or longer to fully unfold. Now, after almost two years in the ultra-urban setting of America House, I am anticipating my return to the high country more than ever. As I savor memories of the past wilderness retreats, my wanderlust brings a foretaste of graces yet to come.

Drew Christiansen, S.J., is an associate editor of America.