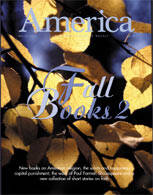 My friend Sam almost died last week. Given his age, that should not have surprised me, I suppose. What I did not expect, however, was that I nearly lost Sam to nothing more serious than a pair of ministrokes. Even a 63-year-old should have survived this medical problem without too much trouble. Yet it came very close to ending my friend’s life, and the reasons for his close call with death have important implications for all of us.

Allow me to tell you a little about Sam. After high school, he joined the Marines, went to Vietnam and caught enough shrapnel in his hip to end his four-year military career. Sam spent the next 31 years raising three children and making a name for himself in advertising. Then, in 1997, he had yet more surgery to remove some of that shrapnel from his hip.

While Sam was recovering at home, a stranger entered his living room, and Sam shot him. Unfortunately, he fired two bullets into the stranger’s chestone more than was strictly necessaryso the police arrested Sam and put him in jail. Because he refused to accept a plea bargain for eight months for manslaughter, the prosecutor put him on trial for first-degree murder. That is how the game is played. And of course Sam was convicted.

A merciful judge imposed the minimum sentence of 23 years. So Sam, under his state’s 85 percent/no parole law, will be 78 years old when he leaves prison. There is nothing particularly unusual about his fate. Over 125,000 of this country’s two-and-a-half million prison inmates are elderly. As more and more defendants are sentenced under the new no parole and three strikes laws, that number will continue to rise until, by the year 2030, one-third of this nation’s penitentiary population will look like Sam. He is the future of corrections in America.

Sam is also my friend, which is rather strange in view of our differences in age and experience. Perhaps, in an odd sort of way, we have become father figures for each other. On the one hand, I am his daughter’s age and have lost my real father. On the other hand, he is a relatively fresh fish, with only five years of incarceration behind him, whereas I am an old head with 17 years already under my belt. What brings us together is, I think, a love of literature and a vague nostalgia for a gentler, middle-class world somewhere on the other side of the razor wire.

When Sam complained of lightheadedness a couple of weeks ago, I walked him over to our prison’s medical department for a checkup. Now you must understand that prison medical care is exactly like prison food. As little as possible, as cheap as possible is the operative motto. Sam is a convicted murderer, after all, so some would say he deserves no better. On this occasion, the nurse told him he had low blood pressure and that he would get some pills the following week.

Two days later, Sam was so disoriented that he attempted to drink out of his pack of cigarettes and kept trying to put both his feet into the same shoe. And here comes the truly heartwarming part of this story: Sam’s cellmate did not steal all of Sam’s belongings before calling the guards for help! In fact, Sam’s cellmate had already violated prison custom by allowing Sam to keep his TV, radio, tobacco and food; older inmates normally have to give their younger, stronger cellmates most of their property. This is called rent, and in exchange the older prisoner gets to listen to rap music at full volume until the wee hours of the morning. So Sam really was very fortunate even to own a TV and radio for his cellmate to steal at a moment of extreme weakness like this. But that fellow prisoner somehow forgot to live down to his reputation and instead simply alerted the staff.

To my considerable surprise, given the expense involved, the nurse sent Sam to a real hospital, where he stayed for a week and received excellent care for the two ministrokes they diagnosed there. But upon his return to the prison, he was left once again to the tender mercies of the as little as possible, as cheap as possible medical department. Their entire post-stroke therapy for Sam consisted of only one thing: a prescription for aspirin. To get this, he must go to pill call at 6:00 a.m. and 9 p.m. every day, laboriously climbing the stairs in his housing unit with a cane. Since his hand-eye coordination is still far from normal, Sam is always in danger of falling down those stairs as younger inmates rush past him to be first in the pill line. So those two ministrokes may end up killing him after allby proxy, as it were.

If Sam does die, the department of corrections will not regret his passing. It costs three times as much to incarcerate an elderly inmate as it does a younger offender, thanks mostly to much higher medical expenses. In California, for instance, the cost of health care for older inmates is projected to rise over the next two decades until the amount equals the entire prison budget for 2002. No doubt Sam does not feel greatly comforted by knowing that the medical staff treating him has a financial interest in eliminating him as a cost factor.

Unfortunately, simply freeing Sam and the tens of thousands of older inmates like him is not an option in the current political climate. It is true, of course, that the recidivism rate for parolees age 55 and over is only 1.4 percent, so public safety would not be significantly endangered by a mass release of elderly convicts. But such arguments do not impress men like Michal Pickett, a deputy director of California’s prison department. He seriously claimed to have seen inmates in wheelchairs beat the bark’ off men standing on their own two feet. So Sam will have to stay behind bars, I suppose.

Jens SöringJens Sring has served over 17 years of two life sentences for double murder. His first book, The Way of the Prisoner: Breaking the Chains of Self Through Centering Prayer and Centering Practice, has just been published by Lantern Books.
Show Comments (
1
)
Comments are automatically closed two weeks after an article's initial publication. See our comments policy for more.
15 years 5 months ago
“My friend Sam almost died last week.” That was the first sentence of my article “Growing Old in Prison,” published in America last Nov. 10. Today I must write a new, much sadder sentence: my friend Sam died yesterday afternoon.

Five days ago, during a spell of unusually cold weather, Sam began to feel congested and weak, and—quite sensibly for a 63-year-old—he reported to the prison infirmary. In my earlier article I compared penitentiary medical care to penitentiary food: the operative motto is “as little as possible, as cheap as possible.” True to this guiding principle, the nurses told Sam that he had the flu and that he should simply ride it out in his cell. No one thought it strange that he had to be taken back to the cellblock in a wheelchair.

The following day Sam was too weak to report to pill call or to walk to the chow hall. Thanks to a kindhearted fellow inmate, however, he was at least brought a tray with food. The guards on duty told this prisoner, Wilbur T., to “keep an eye” on Sam, in lieu of proper medical care.

The next morning, a Sunday, he had trouble breathing, so two other inmates—Sylvester F. and Meredith S.—persuaded the watch commander, Lieutenant M., to move Sam to the infirmary. Unexpectedly, this watch commander followed up on Sam’s progress so resolutely that the nurses called an ambulance and had him moved to the prison ward at a major hospital in Richmond, Va. I heard that at this stage the official diagnosis was still influenza, but I do not know this for certain.

Two days later, Sam passed away because of kidney failure. Because he, unlike most prisoners, still had contact with his family, civilian hospital staff were able to call his two daughters to his bedside at the end. His son is a military officer on active duty. Sam is survived by his children and a large passel of beautiful grandchildren.

Many of his fellow convicts also mourn his loss. On our side of the razor-wire fence, there are few men like him: generous, patient, funny, intelligent and stoical. Sam was always ready to give a roll-up cigarette or two to the “crazies” from this penitentiary’s mental health unit, and he taught other inmates how to read and write in a remedial literacy class organized by two Presbyterian teachers. Certainly his line-by-line edits and detailed critique of the manuscript of my first book helped significantly to make it publishable.

Even in Sam’s last months, he always maintained his sense of humor, arguing fiercely at the breakfast table that Saddam’s weapons of mass destruction would eventually be found, even if the United States had to invade Syria to track them down. But those days were very difficult for him. After the two mini-strokes I described in “Growing Old in Prison,” Sam experienced another mini-stroke, as a result of which he broke his wrist. No doubt those episodes contributed to the kidney failure that eventually took his life.

Supposedly, Sam told another prisoner three days before his passing that he was ready and prepared to die. Perhaps that is true, perhaps not. Many of us have spent so much time behind bars that we envy Sam his final release. At least he got out; we are still here.

Of course, all of us earned our trips to the penitentiary— even Sam, even me. Sam, you may recall from my first article, shot an intruder twice inside his townhouse, a death that might have been prevented by firing a warning into the ceiling. So he deserved to go to j