In the first century, Peter had a dream in Joppa, a strange dream that encouraged him to eat prohibited food that was common and unclean. This was not kosher. Then he heard a knock at the door. A group of gentiles, sent by Cornelius, asked him to come with them to Caesarea. He agreed, mystified by the invitation. When Peter got there, he was forced to admit that his vision was far too narrow. Jesus had commanded him to preach to the people, but not just to the Jewish people. Here he was, standing in the home of a gentile, probably for the very first time. Acts quotes Peter as saying, “You yourselves know how unlawful it is for a Jew to associate with or visit anyone of another nation; but God has shown me that I should not call anyone common or unclean” (Acts 10:28).

To his amazement, and that of the Jews who had come with him, the Holy Spirit fell on the non-Jews just as it had on them. Peter had no choice. “He commanded them to be baptized in the name of Jesus Christ” (Acts 10:48). The young Christian movement was never the same after that. It broke out in all directions and knew no bounds. The gates were thrown open and it could no longer be contained within the Jewish religion.

The same phenomenon is happening in the church today. Those in authority might consider the present upheaval to be a bad dream. In many ways it is, especially for those who are survivors of clergy sexual abuse. It is also a knock at the door, an invitation to change the way the church operates. Ordinary and common people are experiencing a new vision of church, one that challenges a small cadre of decision-makers unaccountable for their actions.

As has happened in many parts of the country, the Archdiocese of Milwaukee held “listening sessions” for those who wanted to be heard. The one I attended was in a parish hall packed with faith-filled Catholics who were also angry, concerned and very vocal. They were knocking at the door of the hierarchical structure demanding accountability and reform. Theirs was a united voice of both traditional and progressive persuasions that demanded redress for wrongs and coverups. Their voices also called for a leadership that would include both married and single people, male and female. The church is undergoing a shift in awareness and vision not unlike that experienced by Peter, the first pope. It can no longer be contained within limited boundaries and narrow ways of acting.

The first consequence of the current shift in Catholic consciousness is the laity’s suspicion of its ordained leadership. The images of the clergy on pedestals are toppling. Those who stood on them are now tainted with suspicion. No longer is trust given freely to those in authority, especially on the diocesan level. Confidence that they are making good choices and have the best interests of the people in mind has worn thin.

Another consequence is that new structures of review and accountability are being put into place. Broad-based committees of lay men and women are reviewing past and present cases of sexual abuse and are making recommendations to those in charge. They are given authority and credibility, power and prestige—a new phenomenon for governance in the church.

Greater sharing of information and decision-making is yet another effect of this new climate in the church. Some parishes have had a history of collaborative style for some time. But now parishioners are demanding more collaboration at all levels of church authority. The more successful pastoral councils have operated as joint efforts of leaders and pastor together. Pastors give authority to the councils to participate in the decision-making of the parish. This may serve well as a model for change in church structures as a whole.

It will take some doing to win back the trust and confidence of the people. Converting a parish to a more consultative and inclusive style of governance must be genuine and not merely rhetorical. The days in which people accepted the word of a bishop or pastor without question are over. Perhaps this is the most profound consequence of a shift in attitudes. The laity want change, and they want to participate in what those changes will be.

People keep saying, “They just don’t get it,” about the way church authorities have handled sexual abuse issues. To regain the trust and confidence of the laity, diocesan structures will have to become more open and accountable, with built-in checks and balances. Advisory councils will not be enough. The same thing must happen on the diocesan level as on the parish level, where pastors share authority with staffs, pastoral councils and commissions. In those dioceses where shared decision-making structures are already in place, these must become more visible. At the present moment, the image of the church as a sensitive and caring institution is tarnished. People see it as self-serving, controlling and unassailable. One way to improve the image is for qualified people to become co-leaders with the bishop, people who function not behind the scenes but up front and visible for all to see. This requires a shift from one person being in charge to shared leadership. If it is true that the bishop is the one ultimately in charge, then he has it within his power to change the system and culture of the diocese to one of shared authority and mutual accountability.

A new way of operating is demanded on the parish level as well. The pastor was not ordained to be an administrator. His charism is spiritual leadership. The pastor could give over the details of running a parish to others who are trained and have enough expertise to direct the complexities of parish life. The parish’s operation could be restructured so there are checks and balances on all levels, where pastors and staffs are accountable to lay leaders and vice versa. A new tradition of accountability and creative planning has to be established. What is interesting about the present ferment in the church is that most of it is directed toward the bishops rather than the pastors. Why? Could it be because there are more occasions for open sharing and participative decision-making on the parish level?

A new way of acting is demanded of the church as a whole. Peter had his awareness greatly expanded when he entered Cornelius’s home. The same is needed today. The view, for instance, that the church can be run only by an all male, celibate clergy is no longer credible. People demand change because they think, a more inclusive priesthood will provide a larger pool of candidates and a more balanced priestly ministry. Regrettably, this change will probably have to come from an ecumenical council, a gathering similar to the Second Vatican Council.

Before jumping into a worldwide conclave, however, regional gatherings should prepare the ground. This is already happening in the listening sessions being held in many dioceses. A groundswell is beginning. It will not be denied. Local councils for the church in Chicago or Boston or Atlanta could lead to an American council, which in turn would contribute to an agenda for a worldwide ecumenical council. Change is in the air; the Spirit is falling on all who hear the word (Acts 10:44). Unfortunate as the recent tragic events have been, the people are catching on that they are the church. It is to be hoped that church authorities will “get it” as well and respond appropriately. 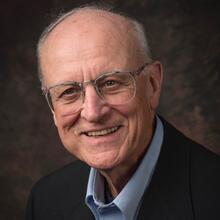