St. Francis de Sales and the holiness of being present 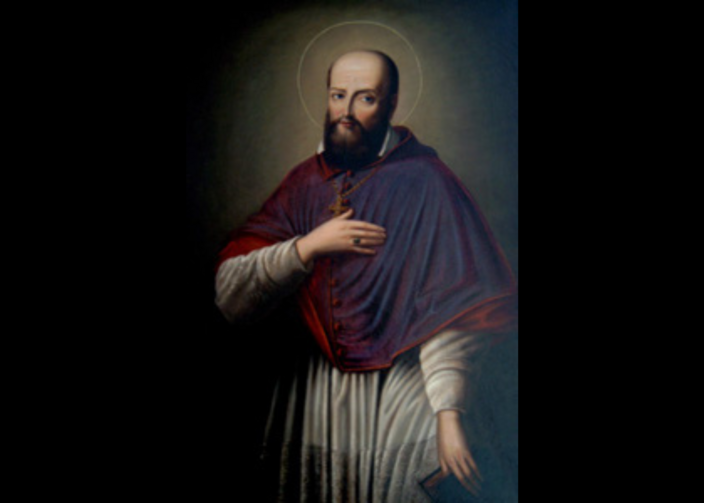 A Reflection for the Memorial of Saint Francis de Sales, Bishop and Doctor of the Church

I have always found this Gospel passage a little startling. Perhaps because I come from a tight-knit family, I have sometimes been, well, put off by the way Jesus treats his relatives. Surely it would not take too much effort for him to meet his mother and his brothers and sisters (whoever they were). It would only cost him a few minutes of his day.

But as I prayed with this passage this week, I began to see it a different way, from the perspective of the crowd. Jesus was so engaged with the people before him, who sought out his company, that he refused to leave them. He wanted to be present to them and he would not let anyone else disturb him. He was, in short, treating the crowd like family, with deep love and attention. It reminds me of the way Pope Francis greets members of the crowd in St. Peter’s Square, looking them in the eye and listening intently, as if there was no one else around.

How often do I encounter the people in my life with the same love and attention? With my family, I try to be caring and attentive, but I often falter, immersing myself in life’s many tasks rather than being present to the person before me. And with friends and acquaintances, it is even more difficult to marshal the courage to be honest and not hide behind a joke or small talk.

If we really concentrate on the people before us, and not let anything else get in the way—even the demands of family—we have the chance to meet God.

Perhaps St. Francis de Sales can provide inspiration. St. Francis was a bishop and doctor of the church whose feast we celebrate today. (He is also the patron saint of journalists.) In December, on the 400th anniversary of St. Francis’ death, Pope Francis released an apostolic letter, “Totum amoris est,” in honor of the saint.

What strikes me about St. Francis was how he made himself available to the people in his life, through conversations and sermons but especially through letters of spiritual friendship. His method of spiritual direction, according to Pope Francis, “renounced all harshness and respected completely the dignity and gifts of a devout soul, whatever its frailties.” In meeting people, and talking about God, he discerned how God was at work in their lives, and how the world was “athirst for God in a variety of ways.”

This is the challenge all face. If we really concentrate on the people before us, and not let anything else get in the way—even the demands of family—we have the chance to meet God. As Pope Francis writes, “Today [St. Francis] bids us set aside undue concern for ourselves, for our structures and for what society thinks about us, and consider instead the real spiritual needs and expectations of our people.”

This is a job for priests and spiritual directors, yes, but for the rest of us too. Stop the small talk. Put down the dish towel. Save the jokes for another time. God is here before you.