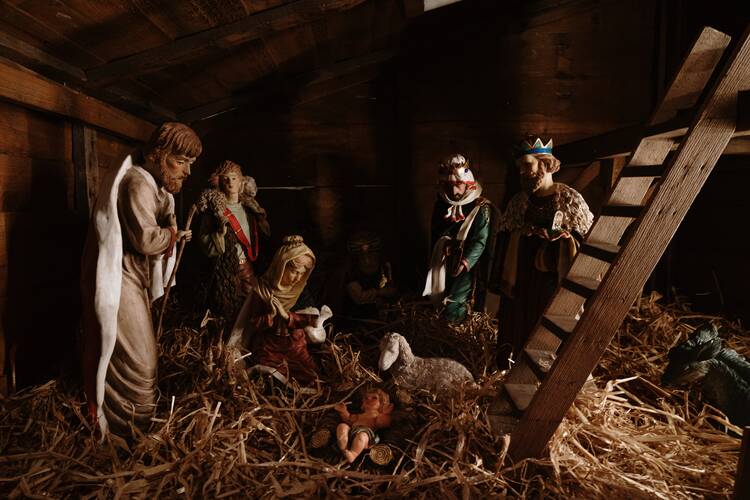 This Christmas night, Luke’s Gospel presents the image of an anointed and holy child between two world-spanning powers: The Roman Empire and the heavenly host.

For the yoke that burdened them, the pole on their shoulder, and the rod of their taskmaster you have smashed. (Is 9:3)

How have political ideals shaped your understanding of God and belief?

What burden of gloom can the holy Child smash away this Christmas?

The infant Christ sits between two powers. How can you sit with Christ during this holy season of the incarnation?

The Gospel reading begins with Caesar Augustus and ends with a heavenly army gathered around the angel of the Lord. Both powers claim supernatural authority and both promise peace on earth. Between them is a homeless family in desperate need of shelter, “because there was no room for them in the inn” (Lk 2:7).

Caesar Augustus (r. 27 BCE - 14 CE), one of the most illustrious leaders in western history, presided over an era of ostensible peace. His authority was total; the known world responded to every one of his decrees (see Lk 2:1). He held together the Roman Empire through military might, taxation, a pantheistic religion that focused local devotions on Rome, and a rule of law that threatened crucifixion to any rebel. The power of modern democratic leaders pales in comparison to Caesar’s. Later Roman emperors even used titles similar to those Isaiah gives the Messiah: Counselor, God-Hero, Father-Forever, Prince of Peace (Is 9:6).

One reason that the Christmas message continues to resonate after two millennia is that a vulnerable family guides the world to choose between good and evil.

In contrast to Rome, Luke introduces the “heavenly host,” a divine army that, to the peasant shepherds, manifests the “glory of the Lord.” This divine force is nearly all-powerful but its awesome display reveals that it is not of this world. Moreover, the focus of the heavenly army is the homeless child, “wrapped in swaddling clothes and lying in a manger” (Lk 2:7). The true Prince of Peace and God-Hero began his path through our world among the homeless and in the broken part of the human family, yet his destiny is to rule over the powers of heaven and earth, between which he will serve as a bridge.

In our first reading, Isaiah prophesies that a leader of such extravagant power will arrive on the scene. He will smash the yoke of misery and will restore a broken human society (Is 9:3). A Messiah will be with us and will have Caesar-like power to drive the gloom away. But God’s hero comes to us, according to Luke, as a vulnerable child without a place for the night. The concrete reality of the child’s poverty is the starting point of salvation history for those who believe.

One reason that the Christmas message continues to resonate after two millennia is that a vulnerable family guides the world to choose between good and evil. The armies of heaven do not use their powers to force goodness, and the power of “Caesar” and the state cannot reach the deepest self. “Jesus Christ,” writes Titus in the second reading, “gave himself… to cleanse for himself a people as his own, eager to do what is good” (Ti 2:11-14). It is within the story of a homeless infant that one can discern the path to goodness and find enthusiasm for it. The child is poor, yet he is also the one about whom we can sing with an undivided heart, “Glory to God in the highest and on earth peace to those on whom his favor rests” (Lk 2:14). 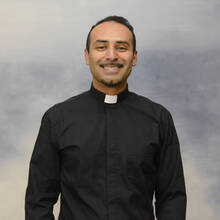