So many voices cry out to us at this time of year. Let’s make sure to listen. 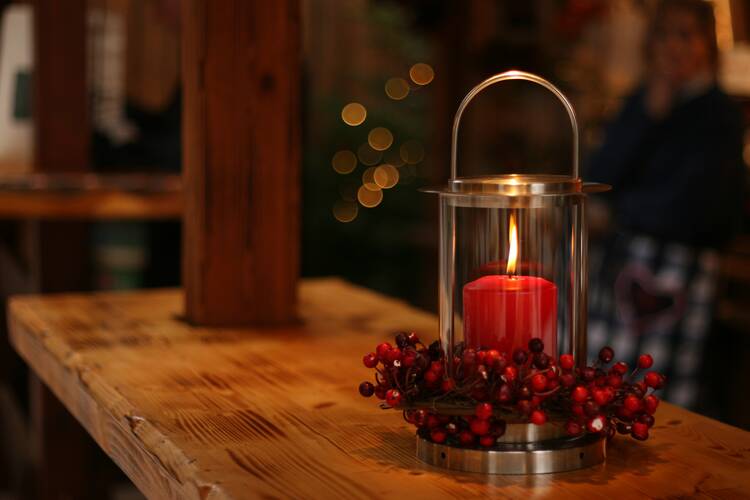 A Reflection for Tuesday of the Third Week of Advent

Jesus said to the chief priests and the elders of the people:
“What is your opinion?
A man had two sons.
He came to the first and said,
‘Son, go out and work in the vineyard today.’
The son said in reply, ‘I will not,’
but afterwards he changed his mind and went.
The man came to the other son and gave the same order.
He said in reply, ‘Yes, sir,’ but did not go.
Which of the two did his father’s will?”
They answered, “The first.”
Jesus said to them, “Amen, I say to you,
tax collectors and prostitutes
are entering the Kingdom of God before you. (Mt. 28-31)

In the Catholic Church, we turn to one Latin word a lot: vocare. It means “to call,” and it’s where we get the words “vocation,” “advocate,” “convoke,” and many others. In a religion which focuses on the call of God that brings people together, it makes sense that we rely so much on this word. But there’s another word that we use less of in the church, a word that invites us to participate in that call: audire, “to hear.” These two words go hand in hand, but I think that sometimes we tend to fixate on the first.

Today’s readings are all about hearing. The first reading from Zephania rebukes the city which “hear[s] no voice” except that of its prideful braggarts. The Lord assures his people that he will remove those voices which get in the way of hearing his. Only those who wish to listen more than they speak, and use their voices for good, will remain. It made me think about the power of our own voices, and reflect on how I choose to use my own voice.

The Gospel drives home the centrality of hearing and responding to a call.

The psalm returns to this motif, giving guidance about the ways that voices can create good in this world. The psalm opens: “I will bless the Lord at all times/His praise shall be ever in my mouth.” There’s a focus here on recognizing the innate holiness of the voice and committing to using it for good. The promise of that commitment comes later in the psalm: “When the just cry out, the Lord hears them/and from all their distress he rescues them.” I read this in two parallel ways: it is a reminder that God hears those who use their voices for faith, but also a challenge that to be like God, people must listen to the voices of those around them.

The Gospel drives home the centrality of hearing and responding to a call. In testing the chief priests, Jesus says that God welcomes those who listen to His call but fail to act on it before those who ignore His call and later act on it anyways. Nobody can completely fulfill the call of the Gospel to humble ourselves and lift up the needy. But everybody can hear that call and respond to it, even knowing they will fail. The worst thing we can do is shut out the voice that tells us to live in love and kindness.

In the lead-up to Christmas, so many voices call out to us, asking us to recognize the injustices in the world and the suffering of the marginalized. We cannot let their voices go unheard.

Favorite Advent or Christmas themed art? I sang with a choral group in college, and around Christmas time we usually did this piece called “Lux Aurumque,” Latin for “Light and Gold.” Between the music itself and the memories it evokes, that’s my favorite.

Favorite Christmas tradition? Growing up, we always celebrated St. Nicholas Day. We’d set out our shoes on the night of December 5th, and when we woke up the next morning, they were full of candy. It was like a pre-Christmas Christmas!

Which project are you most proud to have worked on this year at America? A feature for our December issue on the life-changing work of Hour Children.