How St. Andrew can be your guide to Ignatian imaginative prayer 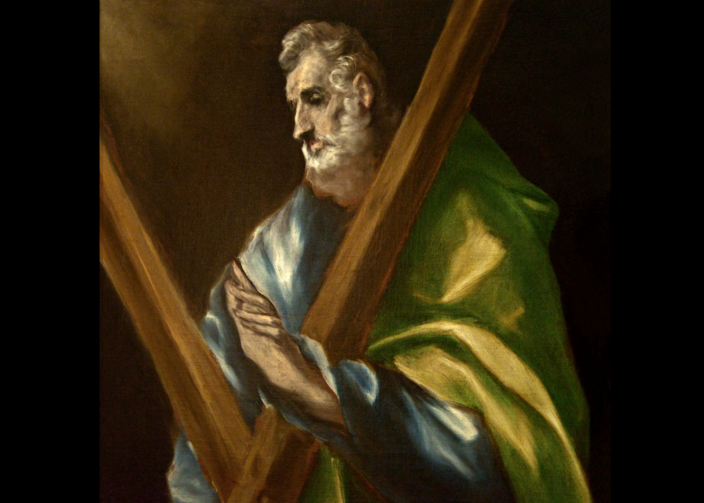 A Reflection for the Feast of St. Andrew, Apostle

For obvious reasons, St. Peter is a hugely important figure in the Catholic tradition. Not only is he traditionally considered the first pope, but the Gospels also tell the story of his personal relationship with Jesus in more detail than that of perhaps any other apostle. History also shows us that Peter’s leadership in the early church brought Jesus’ message to many after his crucifixion and death.

But today isn’t about Peter. It’s about his brother.

In stark contrast to Peter, we don’t know much at all about St. Andrew’s personality or the individual relationship he might have had with Jesus. From today’s Gospel reading from Matthew, pretty much all we learn about Andrew is that he’s a fisherman who leaves his nets behind to follow Jesus. The account of the same event in Mark’s Gospel is very similar, but in Luke’s Gospel, Andrew isn’t even mentioned at all!

We are free to dream with Andrew, to resist the temptation to “play a character” in favor of spontaneously letting our imagination go where it may.

From the multiplication of the loaves and fishes to the Mount of Olives to the Last Supper, Andrew is present at some of the most important and memorable events in the ministry of Jesus—in the background. Every once in a while he speaks, usually delivering information or asking a question that triggers a longer sermon or teaching moment from Jesus.

Andrew remains largely a mystery to us, just one among the Twelve. But that’s actually why I think he’s a pretty perfect match for the Ignatian practice of imaginative prayer.

If you’re unfamiliar, imaginative prayer (also known as Ignatian contemplation) is a practice that allows you to inhabit scenes in the Gospel as if you were present there. In St. Ignatius’ Spiritual Exercises, imagination is a powerful tool that allows God to speak to us when we picture the sights, sounds and even smells of a scene from Jesus’ life—often from a particular point of view.

We don’t have lots of preconceived ideas about Andrew and how he might react or feel in the face of earth-shattering experiences. In this way, he’s kind of a perfect vessel for our imaginative prayer, the eyes through which we ourselves can catch a glimpse of Jesus and pay close attention to the feelings that it brings up for us. We don’t necessarily think “Andrew might feel this way because he’s so gentle,” or “He would hate this because he has a temper!” or “I know this moment would bother him most of all.” We are free to dream with Andrew, to resist the temptation to “play a character” in favor of spontaneously letting our imagination go where it may.

Next time you read the story of the loaves and fishes or the Last Supper or another important scene with the apostles, maybe you can try putting yourself in Andrew’s shoes. Imagine what he must have seen and heard and felt while experiencing the Gospel stories we know so well. Be open to how God might speak to you as your imagination runs free.