The Gospels teach us how to be amazed 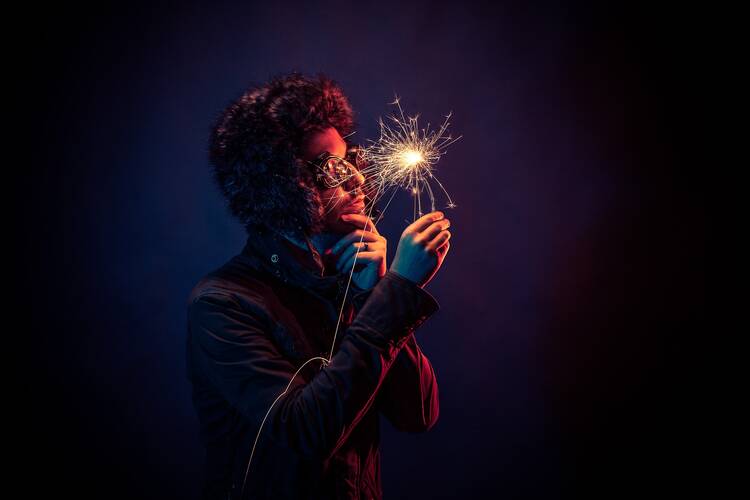 A Reflection for Monday of the First Week of Advent

The author of Luke’s Gospel clearly had a thing for amazement. Thaumazo, the Greek word roughly meaning being amazed, being in a state of wonder or marveling at something appears thirteen times in Luke’s Gospel. People are amazed by the shepherd’s testimony after the birth of Jesus. Mary and Joseph are amazed at the prophecies of Simeon and Anna about Jesus. The people around him are amazed when Jesus performs miracles and preaches, and Peter is amazed when Jesus rises from the dead.

But Jesus himself? In Luke’s telling, he is only amazed a few times, and one of them happens when he witnesses the faith of the centurion (the same story that is told in today’s Gospel reading from Matthew). Likely a Roman pagan who worshiped Roman gods, the centurion takes a risk by putting his faith and the life of his beloved in the hands of this Jewish healer everyone’s talking about. (The nature of the relationship between the centurion and his servant has been debated for centuries, but there’s clearly a closeness here that transcends the average boss/underling pairing.) It is what we might call blind faith: the hope that the riskiest and most unlikely thing will be the one that brings about healing.

If Jesus himself can be amazed by the faith of other people, maybe we can also feel that way on occasion.

Luke’s author or authors knew what they were doing by choosing thaumazo to describe Jesus’ reaction. Since the Mass texts changed in 2015, we’ve (mostly) gotten used to quoting the centurion’s words to Jesus every time we take Communion. “Lord, I am not worthy to have you enter under my roof” felt like a drastic change from “Lord, I am not worthy to receive you,” but they both imply the same thing: that we are the ones who, like the centurion, need to humble ourselves and be amazed.

But in the central message of the Gospels about the upside-down kingdom of God where the lowly are raised up, the poor fed and the broken-hearted mended, there is also room for Jesus himself to be humbled and amazed. The centurion’s faith, coming from someone who normally humbles others, is what amazes Jesus. It is much harder to feel this today.

In this overwhelming, cynical, angry time that we live in, seeing a leader or a person of great power or wealth do good for others is so rare as to be shocking. But the CEO of Patagonia recently gave away the 3-billion-dollar company’s wealth in its entirety to fight climate change. The actor Emma Thompson quietly adopted a teenage Rwandan refugee who was a former child soldier. McKenzie Scott, the ex-wife of Amazon owner Jeff Bezos, has given away nearly ten billion dollars, much of it to small, off-the-radar charities run by women and people of color.

These are, of course, the exceptions to most wealthy people and most world leaders. But faith in the power of charity is amazing. In the climate of suspicion, distrust and conspiracy that surrounds us, the faith of anyone who is willing to be vulnerable enough to put their trust in a stranger is a marvel. No, it shouldn’t be. But in our world, it is.

So if Jesus himself can be amazed by the faith of other people, maybe we can also feel that way on occasion.

Kaya Oakes
@kayaoakes
Show Comments ()
Join the conversation: Login or create an account
Before you can comment, you need to update your profile to include your first and last name, as required in our comments policy. Then reload this page and you'll be set up for commenting. Update your profile