Roundtable: What the synod heard from Catholics worldwide 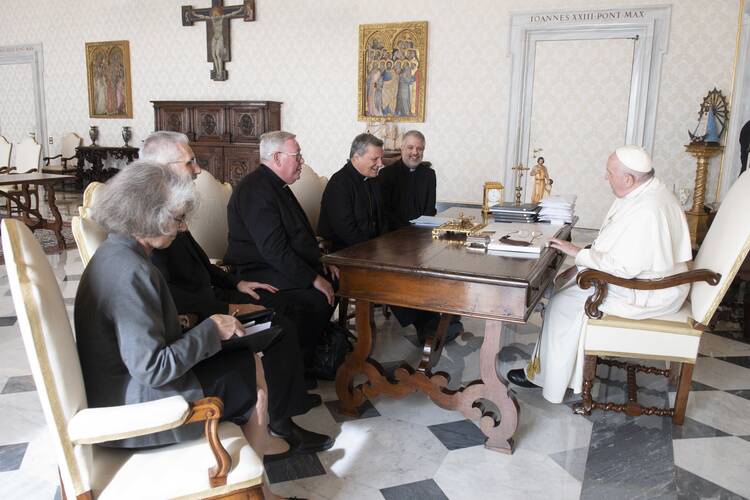 This week on “Inside the Vatican,” producer Ricardo da Silva, S.J., joins host Colleen Dulle and veteran Vatican correspondent Gerard O’Connell for a roundtable discussion on what stood out in the synod document. Ricardo was struck by how the report presented feedback in the respondents’ words, including quotes from more than 70 countries, and how it raised issues that had previously been taboo. Gerry, on the other hand, thinks little was surprising in the report, and emphasizes how the document was to be read “with the eyes of the disciple.” Colleen describes how the report pulled no punches when discussing sexism in the church.

In the second part of the show, the hosts have a lively discussion on their differing views of the document, hashing out questions of what magisterial standing the document has, if any. Ricardo, a Jesuit priest, reflects on the significant questions that the synodal process raises for priests, after the document strongly criticized clericalism and pointed out low synod participation rates by priests. The three hosts together discuss the report’s section on liturgical reform—something that touches the life of every Catholic.

Read the global synod report (Document for the Continental Phase)

Deep dive: The ‘Synod on Synodality’ — What’s done and what comes next?

I helped write the first global synod document. Here’s what we heard from Catholics around the world.

Pope Francis will be the first pope to visit Bahrain

More: Vatican / Inside the Vatican