Talking candidly about all things spiritual 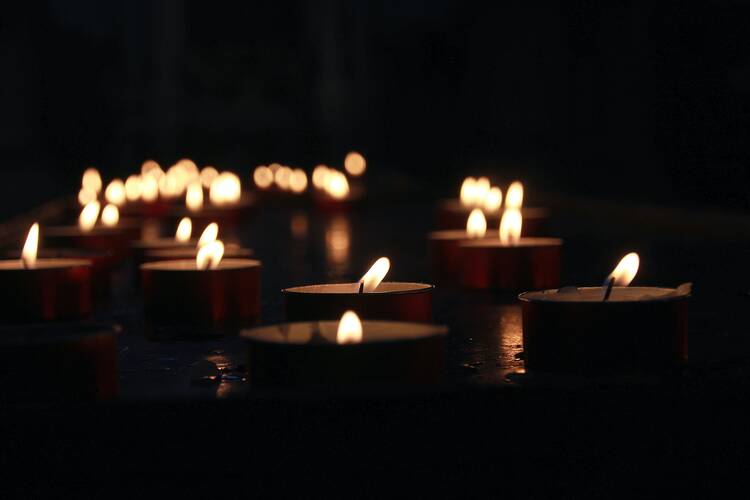 “Proclaim God's marvelous deeds to all the nations.” (Psalm 96)

One of my friends passed me a thick stack of cards. We were on vacation and they were eager to share with me something that they had been obsessing over. There were four of us, and I was the only one who didn’t live in Los Angeles and who hadn't explored alternative modes of spirituality in any meaningful way.

The cards were longer than an ordinary deck of playing cards and they felt significantly heavier. One side was uniform, an intricate black and white design, with the inside of each card illustrated with a unique drawing of a different animal. There must have been dozens, though the exact details escape me.

I shuffled the cards and then followed a series of directions. I sorted them into piles, chose some at random and then the moment of truth arrived. I selected one card and handed it back to my friend.

She then consulted an accompanying booklet, found the page with the otter on it and read the description to me. The otter’s energy is silly and childlike, which, she informed me, meant that my mood that day was also silly and childlike.

I raised an eyebrow. I’m not known to be silly or childlike.

“Well,” another friend said, “you were making a lot of jokes earlier?”

I must have made another skeptical look, because everyone piled on.

“Your mood changes day by day, and the cards can help make sense of it.”

“Perhaps tomorrow, I’ll be a scorpion, or an eagle,” I teased, gently ridiculing their Southern California-infused spiritual outlooks.

While Pope Francis has warned against proselytizing, Christians are nonetheless called to share the beauty of our faith with others. Or, put another way, we should be proclaiming God’s marvelous deeds.

The conversation moved on from animal spirit cards to crystals and astrology. Because I’m a religion reporter, and a Catholic, they asked me my thoughts about all things spiritual.

I can’t say I offered any particularly meaningful contributions to the conversation. I could have easily talked about trends in the church or ecclesial politics, but I sort of clam up when people ask about my own spirituality.

Which is why this verse from today’s psalm stuck out to me: “Proclaim God's marvelous deeds to all the nations.”

While Pope Francis has warned against proselytizing, Christians are nonetheless called to share the beauty of our faith with others. Or, put another way, we should be proclaiming God’s marvelous deeds. So it kind of bugged me that my friends had no hesitation talking about why they loved horoscopes or even animal spirit cards, but I wasn’t able to speak articulately about my own faith. Perhaps it’s because we’re not given the opportunity to discuss deeply personal issues of faith too often. Or maybe it’s just that my style of spirituality is more private. But that won’t cut it, at least not if I take the psalms seriously.

I don’t put much stock in the animal spirit cards, even if it was fun reading the descriptions and trying to convince ourselves that, just maybe, there was something to them. But I did admire the ability of my friends to talk candidly about all things spiritual. They weren’t exactly proclaiming God’s marvelous deeds. But they were offering me a lesson about not shying away from discussing spirituality, even if it makes me a tad self-conscious.