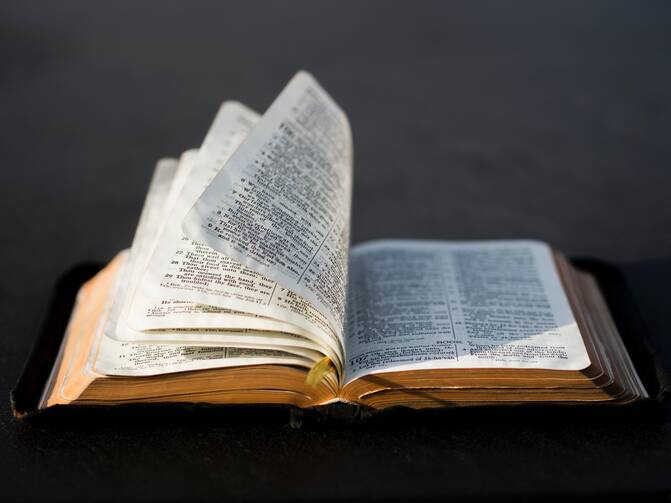 A Reflection for Saturday of the Twentieth Week in Ordinary Time

“Do and observe all things whatsoever they tell you,
but do not follow their example.
For they preach but they do not practice.” (Mt 23:3)

No one wants to be like the scribes and Pharisees.

When Jesus talks about these people in the Gospels, it’s almost never in a positive light. In fact, they normally serve as a warning, as a teachable moment so we know what not to do. His words today in Matthew’s Gospel mostly follow that pattern, with one exception so slight you could easily miss it.

“Do and observe all things whatsoever they tell you.” Sometimes, the scribes and Pharisees knew what they were talking about. They studied, interpreted and taught the law. Jesus might not have always agreed with them, but he’s at least encouraging his followers here to take their ideas seriously. His objection, though, isn’t to their philosophy itself but to the way they live it out. Or more accurately, the way they fail to do so. While you can listen to and engage with what they have to say, you better not start mimicking their behavior.

That disconnect between knowing and doing is often our downfall, and in Jesus’ time, it was no different.

We’re all more like the scribes and Pharisees than we’d like to be in this respect. Even when we know the truth about something and proclaim that truth out loud, we still struggle to do what we know is the right thing. That disconnect between knowing and doing is often our downfall, and in Jesus’ time, it was no different.

As people of faith, we run the risk of falling into this trap in a particular way. When we profess our belief in such specific truths, preaching can be dangerously enticing. And Matthew’s Gospel today is careful not to characterize preaching as all bad; we (and others) can get something out of it. It is, though, insufficient without a consistency that extends to our actions.

I’d love to be able to shake my head at the scribes and Pharisees, to be puzzled as to what could drive them to such spiritual hypocrisy and hollowness. But I’ve been the same way; after all, taking the leap from knowing to doing is really difficult when the one we’re emulating is Christ.

Next time I catch myself preaching, I’ll try to remember to close the gap with the all-important next step: practice.

Molly Cahill
@MollyKCahill
Show Comments ()
Join the conversation: Login or create an account
Before you can comment, you need to update your profile to include your first and last name, as required in our comments policy. Then reload this page and you'll be set up for commenting. Update your profile