The real point of the Good Samaritan parable 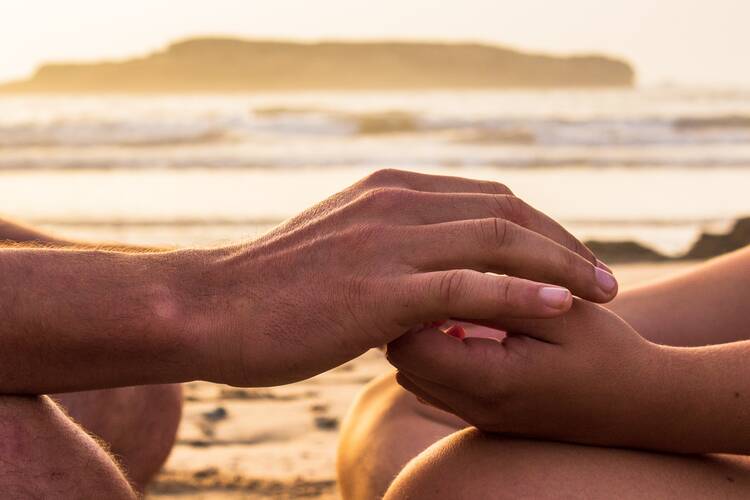 A Reflection for the Fifteenth Sunday in Ordinary Time

“Which of these three, in your opinion,

was neighbor to the robbers' victim?"

He answered, "The one who treated him with mercy."

Jesus said to him, "Go and do likewise."

Who among us hasn’t heard the parable of the Good Samaritan, the focus of today’s Gospel? It’s often called Jesus’ “most famous” parable, which always amuses me. As if there is some sort of competition! But its reach certainly extends far beyond Christian circles. How often are we all told that we need to be Good Samaritans and come to someone’s aid? Non-Christians with only the slightest knowledge of the Bible would understand that invitation: We need to be Good Samaritans.

That’s true, of course, but I sometimes like to look at this passage from the point of view of the beaten man lying by the side of the road.

The same road, leading from Jerusalem to Jericho, is still there. In fact, right outside of the Old City of Jerusalem (the most ancient part of the city, which encircles places like the Church of the Holy Sepulchre) are blue and white signs marking just that: “Jericho Road.” The first time I saw it, I almost gasped. Since then, I’ve traveled on that road many times, though by bus, not on foot as the man in the story would have. And as it was in Jesus’ time, it’s a winding, curvy, bumpy road that snakes through the Judean desert, a hot, dusty, merciless place, which looks in places like the surface of the moon. A featureless wasteland broken up in places by the odd Bedouin camp. There are plenty of spots where a robber could hide out, perhaps behind one of the curves, ready to waylay an unsuspecting traveler.

The point of the story is not simply the need to be a “Good Samaritan.” It’s about the fact that the salvation of the beaten man depends upon the one whom he considers to be “other.”

So the man is beaten and left to die by the side of the Jericho Road. And here comes the Samaritan, after two other men—a priest and a Levite, both keepers of the Law—pass him by. As we know, the Samaritan cares for the beaten man, when the other two ignore him.

The Samaritan would have been seen by the beaten man as other, foreign, different, strange, wrong. Thus, for me, the point of the story is not simply the need to be a “Good Samaritan.” It’s about the fact that the salvation of the beaten man depends upon the one whom he considers to be “other.”

Who is “other” in your life? And how does your salvation depend upon them?