Blessed are the tax collectors, too 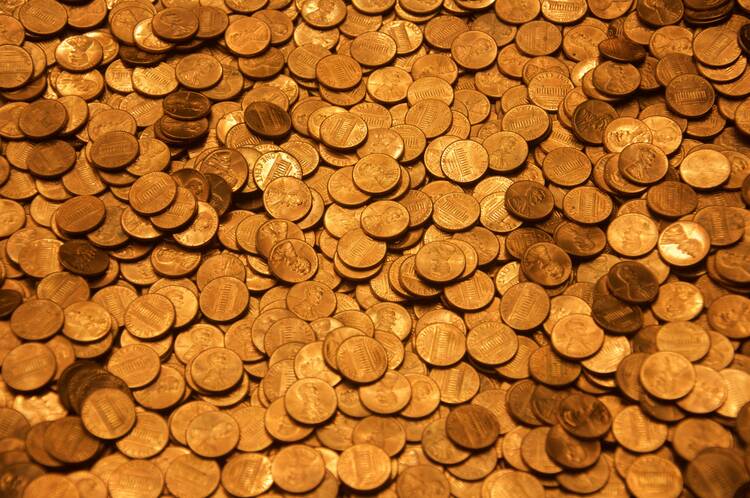 I don’t know about you, but whenever I hear the start of today’s Gospel, I immediately start making excuses for Matthew. So he was a tax collector. So what? Everyone has to make a living.

But tax collectors in ancient Judea were not at all the same as, say, Internal Revenue Service agents today. They worked not for the local Jewish government but for the Romans who occupied the country; in other words, the money they collected was used to pay for the soldiers and infrastructure that held their own country down. If you want a modern-day equivalent, imagine a Ukrainian accountant working for the Russian government in Crimea. This isn’t just “a way to make a living;” it’s a treasonous act. In Judea, it was also a sin, as the taxes went to support the Caesars, whom Rome viewed as gods.

Matthew was also a specific kind of tax collector, a customs agent. You know that ogre-like guy in medieval-themed movies who sits at the entrance of cities or along the road and demands fees to pass? That’s Matthew.

Our impulse to excuse Matthew actually diminishes the power of Jesus’ message.

And by the way, the merchants coming through to sell their wares might have already been taxed three or four other times, too, even just before. Rome didn’t pay their tax collectors; instead, the local Roman bosses instructed their tax collectors on how much they needed to earn. Thus, they made money for themselves to the extent that they overcharged or found more people to tax. Like an ancient version of the mafia, they were known to shake people down, offer loans at impossible interest rates and use Roman soldiers as muscle upon those who didn’t pay. The Babylonian Talmud went so far as to group tax collectors with murderers and thieves. They were often genuinely bad guys.

Now you might say we don’t have any reason to believe Matthew was as bad as all that. But we don’t have any reason to believe he wasn’t, either. And truly, why does Matthew have to be a “good” tax collector? If you think about it, our impulse to excuse him actually diminishes the power of Jesus’ message. Jesus said he came for sinners. Not just “the okay ones” (whatever that would mean) or the “more socially acceptable” ones, but “sinners.” Sure, a nice guy who got stuck in this hard job fits in that category, but you know what fits even more? A horrible, conniving, usurious henchman who betrayed his country and made poor people’s lives impossible.

Jesus came for him, too, and all the other truly terrible sinners. And that’s actually what we mean by the Good News.

Jim McDermott
@PopCulturPriest
Show Comments ()
Join the conversation: Login or create an account
Before you can comment, you need to update your profile to include your first and last name, as required in our comments policy. Then reload this page and you'll be set up for commenting. Update your profile