Many libraries are ending late fees. They’re showing us an unexpected mercy. 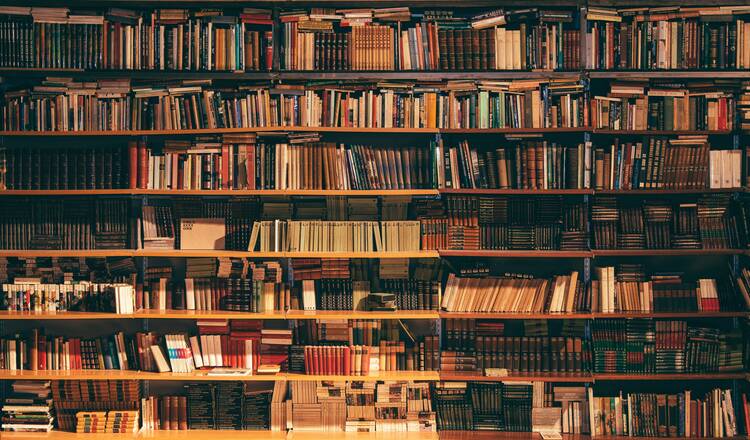 Deep Work was due and I could not find it. Where was it? I needed to hunt down Deep Work and get it back to the library. (Deep Work is a book that is great; it is about deep work; everyone should get it.)

That bold black and yellow cover, the author’s name seemingly invented for a smart, muscular life-strategy-ish book (Cal Newport), I could not spot it in my Jesuit quarters anywhere. I needed to find it because the library had been so good to me, shown such faith in me, delivered preemptive mercy to me. The Brooklyn library system had just stopped charging fines for overdue books! For me, for everyone, always, forever!

No more fees! No punishment for having an overdue book! If I failed to get Deep Work back on time, they would no longer be treating me like a criminal, a petty thief, an outlaw subject to shame and bounty, a price on my head, my lending privileges taken away like a dark cave from a spelunker.

They are making me better, the Brooklyn Public Library, by showing me a touch of respect. Bestowing on me a smidge of dignity.

Instead the Brooklyn Library was trusting me. Hey, pal, you’ll do the right thing, right? You’ll get that book in on time! You’re a fundamentally moral human creature. You don’t want to keep that vital galludesic tome from other people who crave it, do you? You want to do what’s right. Most everyone does! The vast majority of book-borrowing humanity will get their books back on time without needing the pandybat of dire municipal literary consequences. (Ed note: the author, in the grand tradition of Shakespeare, his dad and the first humans, made up the word "galludesic". Thanks to reader Andrea Withers for inquiring about it!)

So I want to find Deep Work and get it back. Not because the library will be punishing me if I do not, but because they’ll be disappointed in me. And which is worse: someone punishing you? Or someone being disappointed by you? The second option is far worse, no?

Disappointment from someone who did nice things for you, who set you up to succeed, who thought you would be better than that: Letting that person down is just so sad. The look in their eyes, the sigh, maybe even the quietly trailing off, “...it’s okay. It’s fine. No, really. I’m not disappointed. You tried your best. The book just didn’t make it back on time and that’s okay.”

You imagine their brave smile, their dewey eyes. Your heart just collapses in on itself.

The era of library fines is rapidly coming to a close.

Because they have been good to me, I want to be good to them. They are making me better, the Brooklyn Public Library, by showing me a touch of respect. Bestowing on me a smidge of dignity.

In San Diego and Boston, in Burbank and Chicago and Orange Beach, Ala., libraries all over the country have been ending the dispensing of fines for overdue books. For one, late fees apparently do not work. They do not scare people into getting their books back on time. And secondly, the threat of fines keeps many people who are poor or on fixed incomes from even checking out books in the first place. They are warded off by the possibility of steep fines for overdue books that they fear they will not be able to pay back. So they do not borrow, period.

The era of library fines is rapidly coming to a close.

And this new lack of late fees makes me feel just so much more kindly toward my local library. We have a thing, now, the BPL and me. We have an understanding. I quit the ill behavior, returning my books late (like everyone else on earth does, and please do not tell me you return books on time; you do not—no one gets library books back on time, except people who also iron their jeans and arrange their cash by serial number), because they affirmed my human decency. They do not punish the bad thing anymore, so I stop doing the bad thing that would have required the punishment. Brilliant.

(I finally found Deep Work in a basket behind a copy of The New Republic. It was three days late, but still about 29 days earlier than my usual track record. And so I went, in the night, the cold, the snow and ice, to deliver this book unto the library, glorious in character and deed.)