At the Ascension, Christ reveals a road untrod 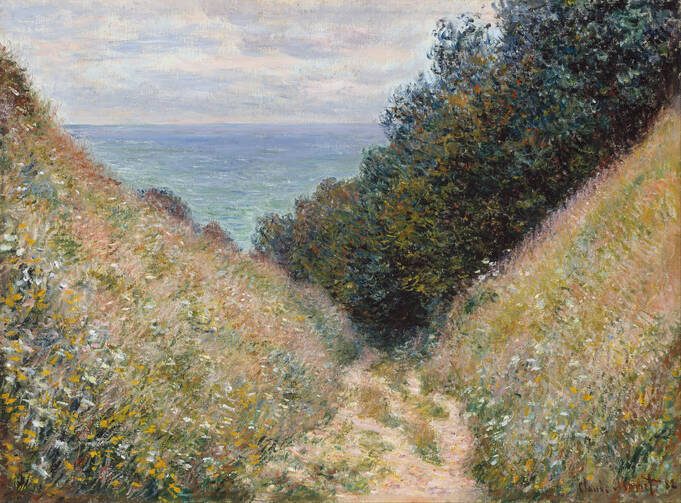 A Reflection for the Ascension of the Lord

We have all been new people at some time, in some place. At a school, a job, a community, even a family. It is a challenge because we lack the resources and familiarity that will later allow us to feel in place. At such a time, if we had a choice about being there, we could easily second guess our decision to come.

Because I was interested in the priesthood, I attended a Catholic boarding school. About two weeks after my departure, my parents received a postcard from me. My mother saved it; I came across it many years later. It said only this, “Dear Dad and Mom, you must come Saturday. Don’t bring Penny or Harold (my siblings). Just come!” My poor mother! She had cried all the way home and now this.

What produced the ominous postcard? The first friend I had made in this new place, another freshman boarder, had just departed for home. I remember sitting next to him on a bench in the locker room as he explained that he had a heart condition and that if he stayed, he would die. A bit melodramatic, but that was that. The first seed I had planted in this new patch of life had up and blown away!

Before we can know the fullness of his kingdom, we must complete ourselves. Like our Lord, we must tread the road we call life.

If you can feel empathy for me, you can surely do the same for the disciples, who had gathered round their risen Lord. They asked, “Lord, are you at this time going to restore the kingdom to Israel?” (Acts 1:6).

Do not allow two millennia of Christian history to obscure how reasonable their expectation was. To recap their rollercoaster of delight and dread: Their joy turned to terror when the man they had thought was the messiah was murdered. Still deep in that sorrow, they were then delighted to learn that he had triumphed, not only over his enemies but over death itself.

When they are ready to share the sweet mercy of his messiahship, dread returns as our Lord introduces an apparent delay. He tells them that he is sending them away, “to the ends of the earth.”

“It is not for you to know the times or seasons
that the Father has established by his own authority.
But you will receive power when the holy Spirit comes upon you,
and you will be my witnesses in Jerusalem,
throughout Judea and Samaria,
and to the ends of the earth.”
When he had said this, as they were looking on,
he was lifted up,
and a cloud took him from their sight (Acts 1:7-9).

No kingdom, neither relief nor satisfaction! No, before he is lifted, as if by a breeze, our Lord tosses them to the winds. What a way to begin being “new people.”

Their personal anguish may be lost to history, but we still share their disappointment. We ask, what is this? A promise, an apparent fulfillment and then, “Off you go, to share my destiny of suffering and of death.”

When they first encountered the Lord Jesus, the disciples did not know his measure, but they certainly knew that they were not living in the kingdom of God on earth. In time they came to trust his teaching, and, more importantly, his very person. Both had been buried deep in the earth with his death. With his resurrection, both rose fresh and fragrant in their hearts.

Now, with only the promise of a kingdom, dangled and withdrawn, they will preach and plant the kingdom of God upon earth. They will do this because he has sown this kingdom in their souls.

The Lord did not withhold his kingdom from his first disciples, nor does he keep it from us.

We never knew their deep distress, nor have we gained their complete conviction. We want to be new people in a new place, but it seems so much simpler to return to what is worn and weary.

The Lord did not withhold his kingdom from his first disciples, nor does he keep it from us. Our redeemer stands ready to receive us at its ever-secure ramparts. Yet following him into its fullness is not a question of drifting with him into the clouds.

No, first we must go where he has gone. In the words of the hymn,

Christ by a road before untrod
Ascends unto the throne of God.

That road was more than Christ entering heaven. It began when he first entered our humanity, set himself onto our path. The redeemer came from God, took on the flesh and lived his life, and then, in the resurrection, carried the human person he had become into heaven itself.

Before we can know the fullness of his kingdom, we must complete ourselves. Like our Lord, we must tread the road we call life. Replete with blessings, it is nonetheless beset by storms and troubles. Before we reach the bastion of heaven, we must all pass through the water, the trench that surrounds and secures it. There is nothing for it, save to swim through suffering and death itself.

Therefore, brothers and sisters, since through the blood of Jesus
we have confidence of entrance into the sanctuary
by the new and living way he opened for us through the veil,
that is, his flesh,
and since we have “a great priest over the house of God,”
let us approach with a sincere heart and in absolute trust,
with our hearts sprinkled clean from an evil conscience
and our bodies washed in pure water.
Let us hold unwaveringly to our confession that gives us hope,
for he who made the promise is trustworthy (Heb 10:19-22).

My parents did not come the Saturday that followed my postcard. They had wisely called the Capuchin priests who had me in their care. One of them went to their home and strengthened them. Another did the same for me.

We have all been new people at some time, in some place. There is nothing for it but a long walk and frightening swim. But whether walking or paddling towards the ramparts of heaven, we are never alone.